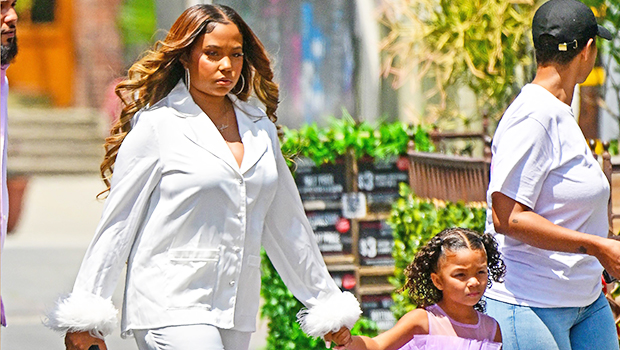 Cheyenne Floyd, 29, is back on the small screen and starring on Teen Mom: The Next Chapter. The mother of two first joined the Teen Mom universe back in 2018 when she appeared on Teen Mom OG. Fans of the series got to know her daughter Ryder Wharton, 5, but her one-year-old son Ace Davis wasn’t born until after she left the show. But now, her followers will get a glimpse into what her life is like with two kids. Find out more about her two children here.

Cheyenne shares her 5-year-old daughter Ryder with The Challenge alum Cory Wharton. The reality star welcomed her little girl on April 7, 2017, but it took six months after giving birth for Cheyenne to tell Cory about Ryder and request a DNA test. After a lot of ups and down they are committed to co-parenting their daughter together.

Ryder was born with a congenital condition called VLCAD deficiency, that means her body is unable to properly break-down fats. The rare disorder has landed Ryder in the hospital multiple times over the years, with her dad previously asking his followers for prayers for his baby girl.

In 2017 Cheyenne told Us magazine that Ryder’s condition is on the milder side but that, “She can’t process fatty foods into energy. When she was a newborn, I would have to wake up every two hours and feed Ryder. With the condition, she has no side effects, but we still monitor it. She has to take medicine, she sees a specialist.”

Cheyenne shares her son Ace, who was born on May 27, 2021, with her fiance Zach Davis. The new parents got engaged just a month before welcoming their baby boy. They didn’t waste any time setting up the tot with his very own Instagram profile or taking to their own social media profile’s to gush over his arrival. Cheyenne wrote: “Life is complete, all praises to the most high.”

A year later they went all out celebrating his first birthday with a football themed party. They captioned the party ‘Ace’s First Year Down’ and even included a tailgate party complete with mini cars and trucks for the kids to ride in.

Their party decor revealed a long list of cute facts about the tot, including that his nickname is Stink, his favorite toy is a guitar and he loves food so much they can’t pick a favorite dish. Other details shared about Ace at his party include that his first words were ‘Mama’, ‘Dadda’, and ‘No’, and that he loves his big sister Ryder.