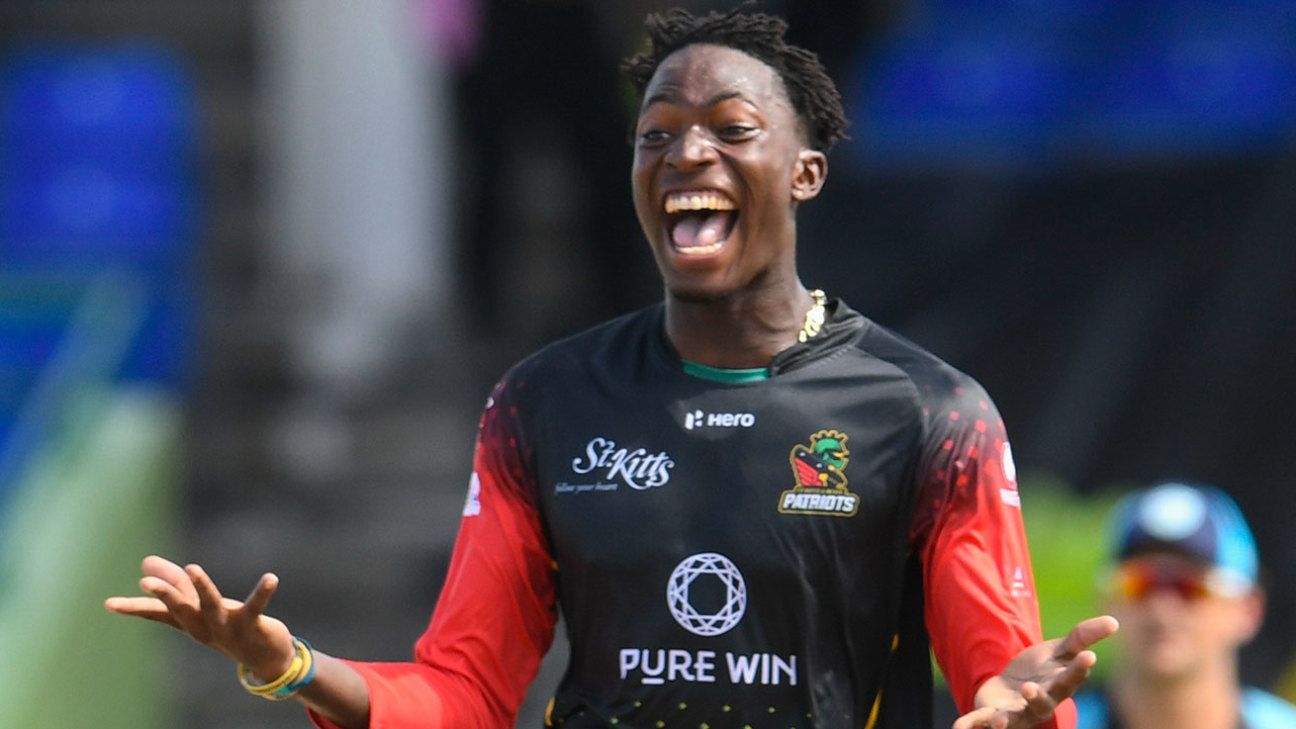 Chennai Super Kings have named West Indian allrounder Dominic Drakes as injured Sam Curran‘s replacement for the remainder of the IPL. Curran was ruled out of the ongoing IPL and the upcoming men’s T20 World Cup on Tuesday with a lower-back injury.

Drakes, who was with Mumbai Indians as a net bowler in the UAE, will join Super Kings – who have qualified for the playoffs – ahead of their last league match, against Punjab Kings on October 7. The 23-year old, who was part of St Kitts & Nevis Patriots led by Dwayne Bravo in the CPL, played a crucial role in their successful campaign this season.

The left-arm quick picked 16 wickets in 11 matches, but his most important contribution of the season came with the bat – he hit an unbeaten 48 off 24 in the final against St Lucia Kings and was named the Player of the Match. In 19 T20s so far, he has picked 20 wickets and has scored 153 runs at a strike rate of 159.37.

Curran, meanwhile, played only two matches for Super Kings in the UAE leg. He had a poor season with the ball, leaking 56 runs and 55 runs in the matches against Kolkata Knight Riders and Rajasthan Royals respectively in addition to remaining wicketless. Overall this season, he picked nine wickets in nine games and scored 56 runs in four innings.