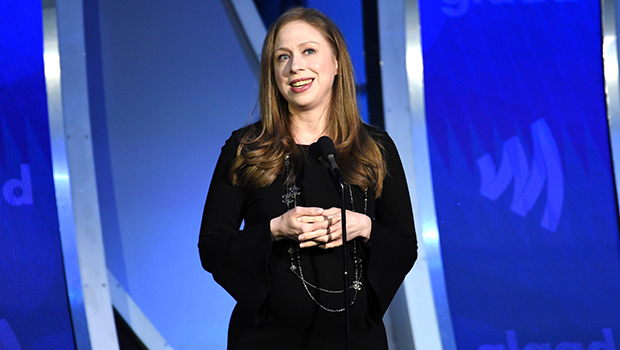 Chelsea Clinton called out legislation that “attacks” the trans community in a virtual press conference with her mom Hillary on September 6, promoting the new show Gutsy on AppleTV+. Chelsea, 42, spoke to HollywoodLife and called out laws from Republicans against members of the LGBTQ+ community, specifically transgender kids.

Following her mom’s response about how the Supreme Court’s reversal of Roe V. Wade emphasized the need for women to be “gutsy” and make their voices heard, Chelsea warned about what it could mean for other issues. “It’s not only the reversal of Roe v. Wade. It’s the attack on an honest telling of American history. It’s an attack on who is thought to be able to teach children, it’s an attack on parents wanting their children to have the best care possible including gender-affirming care,” she said. “So it’s a massive attack on trans kids and their families across our country.”

Chelsea implored Americans to stand up in support of trans kids and their families when they vote in upcoming elections, but also to speak out about these issues. “I think there just is so much gutsiness required to continue to use our voices to stand up, certainly to vote, but also to use our voices to call attention to the harms where they are happening, and also to call attention and to amplify good where it is happening, to try to help protect women, to protect kids, and to advance more opportunities for everyone to live their best, fullest lives,” she explained.

Before the She Persisted author emphasized the need to protect trans kids and their families, her mom spoke about how women need to speak out following the reversal of Roe V. Wade. “Certainly with the Supreme Court’s action in our country reversing Roe v. Wade, there is such a need for women to have their voices heard, to have their experiences respected, and we want to help amplify that in every way possible because it’s very clear that there is something of an effort to push back women’s rights,” she said.

Both Clintons are the stars of the upcoming series Gutsy, which will feature them speaking to different influential women from all sorts of walks of life, such as Kim Kardashian.  The series was inspired by their book The Book of Gutsy Women. Other stars who make appearances in the series include Megan Thee Stallion, Amy Schumer, and Wanda Sykes.

Gutsy premieres on AppleTV+ on September 9, when all episodes will be released globally.

Presidential Daughters Of The Last 20 Years: From Chelsea Clinton To Ivanka To Biden’s Two Girls