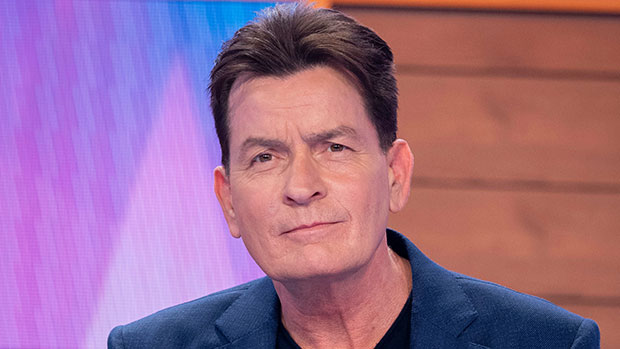 Sami Sheen channeled her inner Harry Styles with a sparkly top and pant set at the singer’s ‘Love On Tour’ in Los Angeles.

Sami Sheen rocked a sparkly wrap halter top and pant set at Harry Styles’ concert in Los Angeles. The 17-year-old daughter of actor Charlie Sheen and ex-wife Denise Richards posed with a colorful Pride flag outside of The Forum in an Instagram post shared on Monday, Nov. 22.

The teen is among a handful of stars that got tickets for Harry’s “Love on Tour” at the Forum. The British Grammy winner, 27, performed at the venue for a total of three days. Natalia Bryant and pal Iris Apatow attended night one, while Lizzo and BTS famously attended night two, breaking the internet with their viral selfie together from the show.

At the 2021 American Music Awards in Los Angeles on Sunday, Nov. 21, BTS dished on the “very fun” night with the “Rumors” rapper while chatting with Entertainment Tonight on the red carpet. “We shared phone numbers,” J-Hope said, while RM added that they would be “so open” to collaborating with Lizzo, adding, “She’s so fire.”

Sami’s night out comes after she moved in with dad Charlie, 56, in October. A source previously told HollywoodLife that Denise, 50, was “saddened” by the choice, one marked by Sami’s discontent with her mother’s rules. “Sami is a teenager who didn’t like her mother’s rules,” the source said. “Like any mother and household, there are rules in Denise’s. She and Charlie have different rules and styles of parenting.”

The source added, “Denise is incredibly saddened by all of this, but knows she is doing her best as a mother.” Denise and Charlie were married between 2002 and 2006. They also share daughter Lola, 16, together, who continues to live with both of her parents. Denise is also mom to adopted daughter Eloise, 10. Charlie’s rep confirmed the move to Page Six, releasing a statement that read, “Sam’s amazing. I love her and all my children unconditionally. We’re having a ball.”

After Sami moved in with her father, a judge granted Charlie’s request to stop paying Denise child support. When approached by press as he left the courtroom following the ruling, the actor called the outcome “fair.” Charlie told Us Weekly, “I think what transpired today is extremely fair. It speaks to not just today, but it speaks historically to that same fairness.”