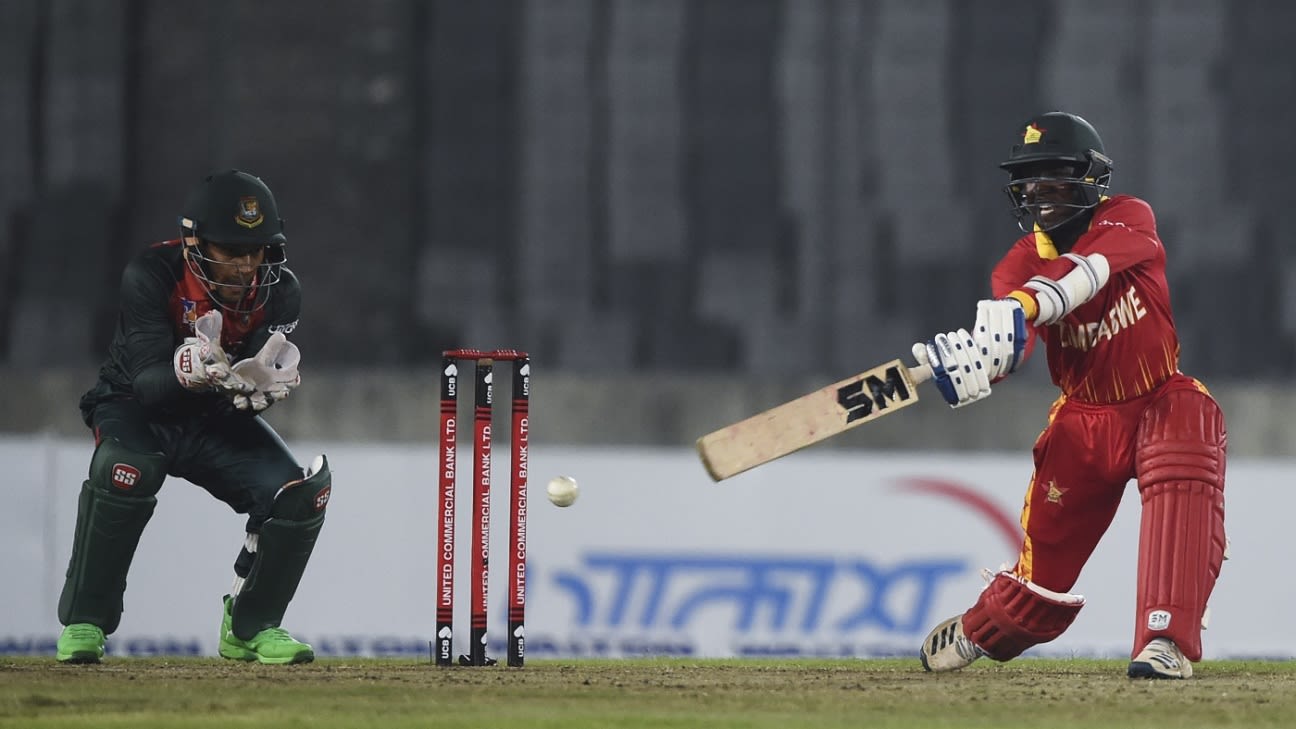 The final leg of Bangladesh’s tour of Zimbabwe will take place sooner than expected with both boards agreeing to bring the T20I series forward by a few days.

The original schedule had the three matches set for July 23, 25 and 27 but that has now been changed so that the first game will be held on July 22, the second on July 23 and the final one on July 25.

ESPNcricinfo understands that these changes were made to accommodate the challenges that the tour’s broadcast production company was facing.

Bangladesh have dominated this tour, winning the only Test by 220 runs and are on the verge of blanking Zimbabwe 3-0 in the one-day series that’s followed. The visitors might well consider the T20I series to be the most crucial part of the tour given that a World Cup is coming up in October. Bangladesh have these three T20Is against Zimbabwe, then five more against Australia in August, a further five against New Zealand in September and finally three matches against England in October to firm up their plans for the global tournament coming up in three months’ time.

Zimbabwe may not have such big-picture concerns, having not qualified for this year’s T20 World Cup, but they will be eager for some silverware.

At 100 Days, Biden Is Transforming What It Means to Be...