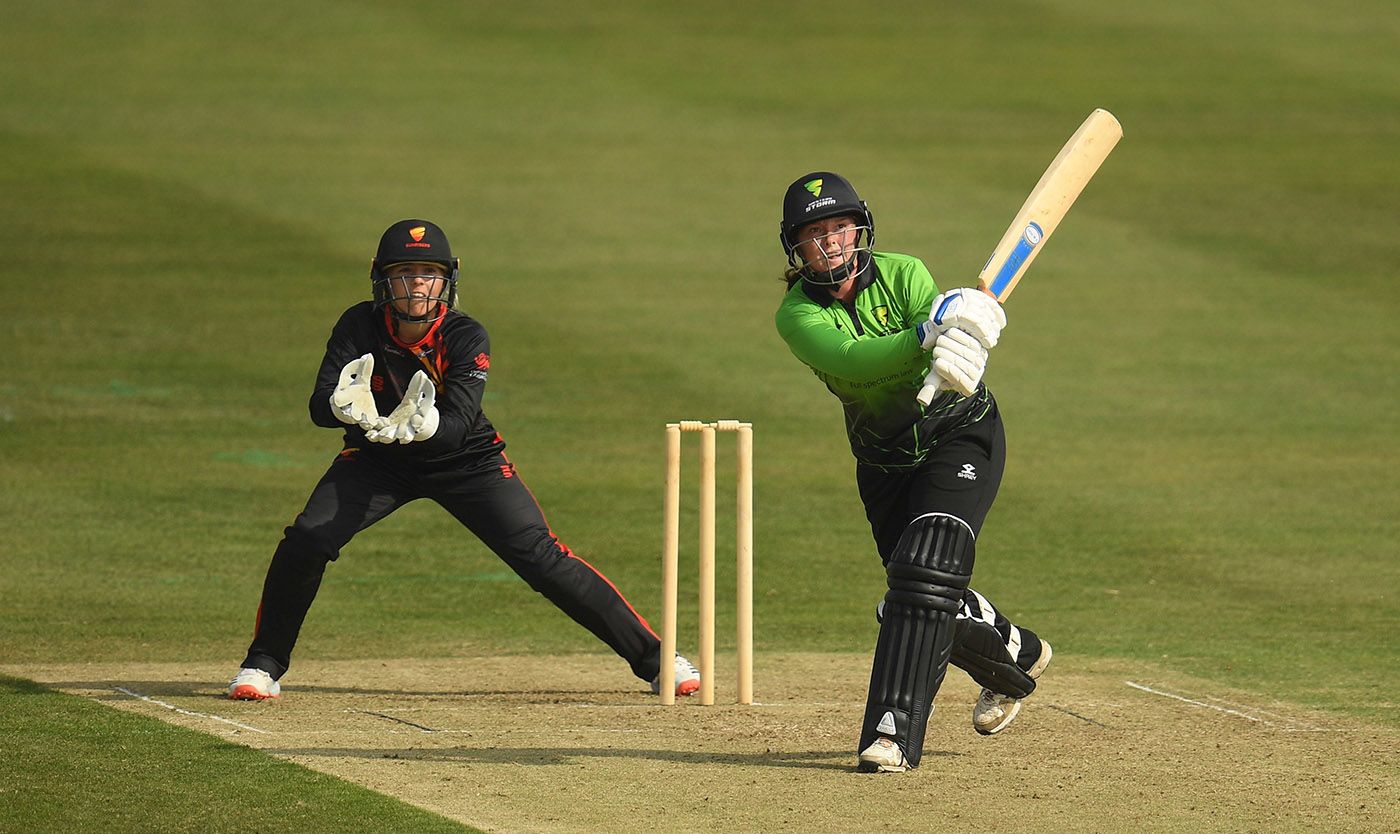 Central Sparks are through to Finals Day in the Charlotte Edwards Cup despite losing by seven wickets to Western Storm in their final Group B game at New Road.

Sparks have qualified for the knockout stage at Northampton next Saturday even if they lose top spot to South East Stars, who play on Sunday, as they would be the best second-placed team, having won four of their six group games.

England keeper-batter Amy Jones top scored for the home side with 63 from 46 balls with nine fours. It was her third fifty in six innings for Sparks and she is now the leading scorer in the 2022 competition with 245 runs at a strike rate of 141.61.

But Spinners Claire Nicholas and Sophia Smale had joint figures of 8-0-39-3 to help restrict the Sparks total to a gettable 134 for 4.

Georgia Hennessy, with an unbeaten 47 off 45 balls, and some late hitting by Dani Gibson saw Storm to victory with seven balls to spare.

Sparks elected to bat on the same hybrid wicket used for Friday evening’s Vitality Blast match between Worcestershire Rapids and Birmingham Bears which produced over 400 runs. They suffered an early setback when Izzy Wong holed out to mid-on in the second over, from Dani Gibson.

The first boundary was not struck until the fourth over when Eve Jones lofted Gibson to the cover rope. But her second-wicket partnership with Amy Jones gradually flourished and added 65 in 9.1 overs.

Smale broke the stand when Eve Jones went for a mighty blow and was bowled for 27 with the total 70 for 2 in the 11th over.

Amy Jones reached an excellent half century from 40 balls when she swept Gibson for her seventh boundary. Her classy effort came to an end when she attempted a hit over midwicket and was also bowled.

Abigail Freeborn struck the only six of the innings over long-off against Hennessy before being stumped off Nicholas in the penultimate over.

Fi Morris got the Storm innings off to an ideal start with two boundaries in an opening over from Grace Potts costing 13 runs. Morris was then bowled by a no-ball from the first delivery by Wong but failed to take advantage and was caught at point in Potts’ third over.

Emily Arlott came into the attack and had Sophie Luff caught behind but Hennessy and Fran Wilson added 57 in 8.1 overs.

Eve Jones took a fine catch running back from mid-off to break the stand by dismissing Wilson off Arlott. But Gibson came in to strike an unbeaten 24 off just 14 balls including a huge six over midwicket off Liz Russell and settle the issue.