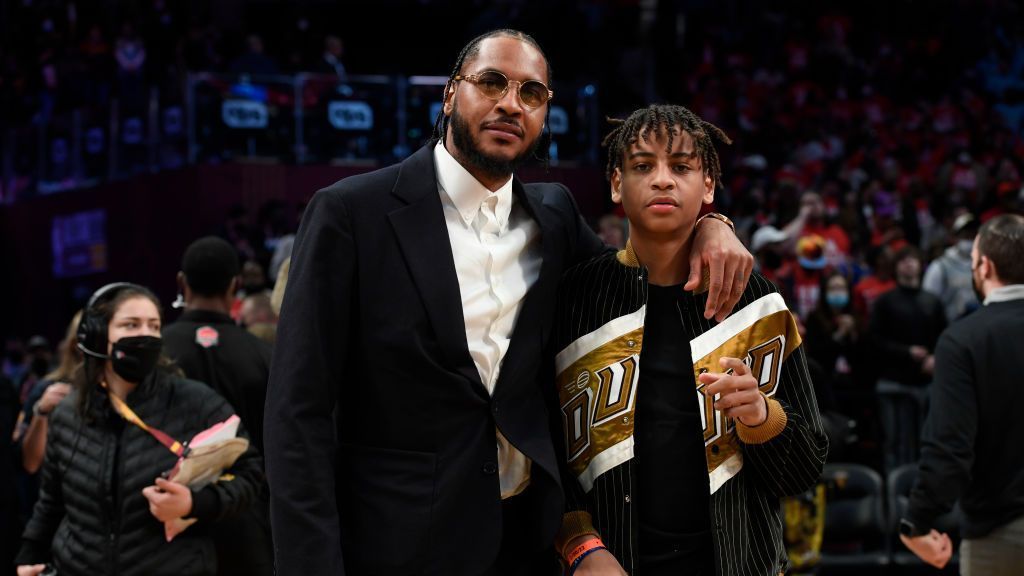 Twenty years ago, future NBA superstar Carmelo Anthony led Syracuse to the national championship at the end of the 2002-03 season.

On Sunday, Kiyan Anthony, the son of the Most Outstanding Player in the 2003 NCAA tournament, received an offer from the Orange.

Beyond blessed to receive an offer from Syracuse University! #GOORANGE🍊🍊 pic.twitter.com/uBMq5Kwdv7

The younger Anthony is a 6-foot-5 wing in the class of 2025 who attends Christ the King High School in New York. Videos on YouTube show him working out with his father from the time he was young.

Now, he has a chance to attend a school that his father changed 20 years ago.

After his magical run, Carmelo Anthony entered the NBA draft but always stayed connected to Jim Boeheim and Syracuse. In 2014, he made a $3 million donation toward the creation of the Carmelo K. Anthony Center, where Syracuse’s men’s and women’s programs practice. The school plans to honor the 2003 national title team this season on the 20th anniversary of its run.

Carmelo Anthony, LeBron James and Dwyane Wade — all top-five picks in the 2003 NBA draft — have all had sons who became prospects in basketball. Zaire Wade played in the G League last season after his high school career ended. Bronny James is ranked 34th in the 2023 class by ESPN. Now, Kiyan Anthony could follow his father to Syracuse.