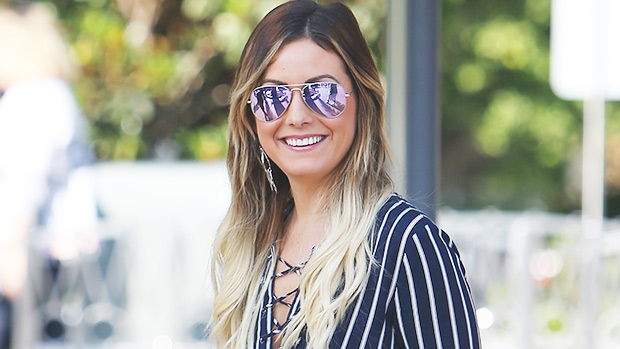 Carly Waddell is ready to put herself out there again! The former Bachelor in Paradise star split from husband, Evan Bass, in December 2020, but after going through the ups and downs of a breakup, she’s in a good place again. “When everything first went down, I was in a way different place than I am right now,” Carly told HollywoodLife EXCLUSIVELY while promoting her partnership with Poise Ultra Thin Pads with Wings. “I was at the bottom and now I feel like I’ve risen. I feel like I’ve found myself again. I’m doing things for myself again. 2022, I’m putting myself out there this year. I’m putting out music this year. I’m going to start dating again. I’m gonna maybe get some extensions again. I’m getting back in the game!”

Naturally, it’s taken Carly some time to get to this place, especially since she and Evan have two children together. However, she said that time really does help heal all. “I do feel like it gets easier,” she admitted. “You get less sad, you get stronger. I think sometimes, even with motherhood, outside of a relationship, you lose yourself in it. Honestly, you kind of forget that life isn’t just about your kids. I feel like my advice is…it’s going to be okay. It gets easier every single day and it’s really going to be okay. It really is.

Carly and her BIP bestie, Jade Roper, teamed up on the partnership with Poise, supporting women who suffer from bladder leaks and letting them know that it’s okay to talk about “taboo” topics like this. Both ladies are always extremely open with their thousands of fans on social media, making them the perfect pair to bring these topics to light. As a public figure, Carly said she feels it’s important for her to keep it real.

“I don’t have any time in my life to be fake,” she admitted. “I think I just really like being real, I like being honest. It makes me feel, honestly, just better as a human. I feel like people relate to you so much more. I think as a mom, all these topics that we have considered ‘taboo’ and things people haven’t talked about, especially generations before us, I just think it’s so important for us now to be real and honest. All moms just need a hand to hold and need to know they’re not along. That’s what we’re here for. We’re all in this together.”

Carly and Evan met on season three of Bachelor in Paradise in 2016. Although she wasn’t interested in him at first, his persistence paid off, and they got engaged during the show’s finale. They were married the following summer, then welcomed a daughter in 2018 and a son in 2019. At the end of Dec. 2020, the duo announced that they had broken up.

James Corden’s Kids: Everything To Know About His 3 Adorable Children