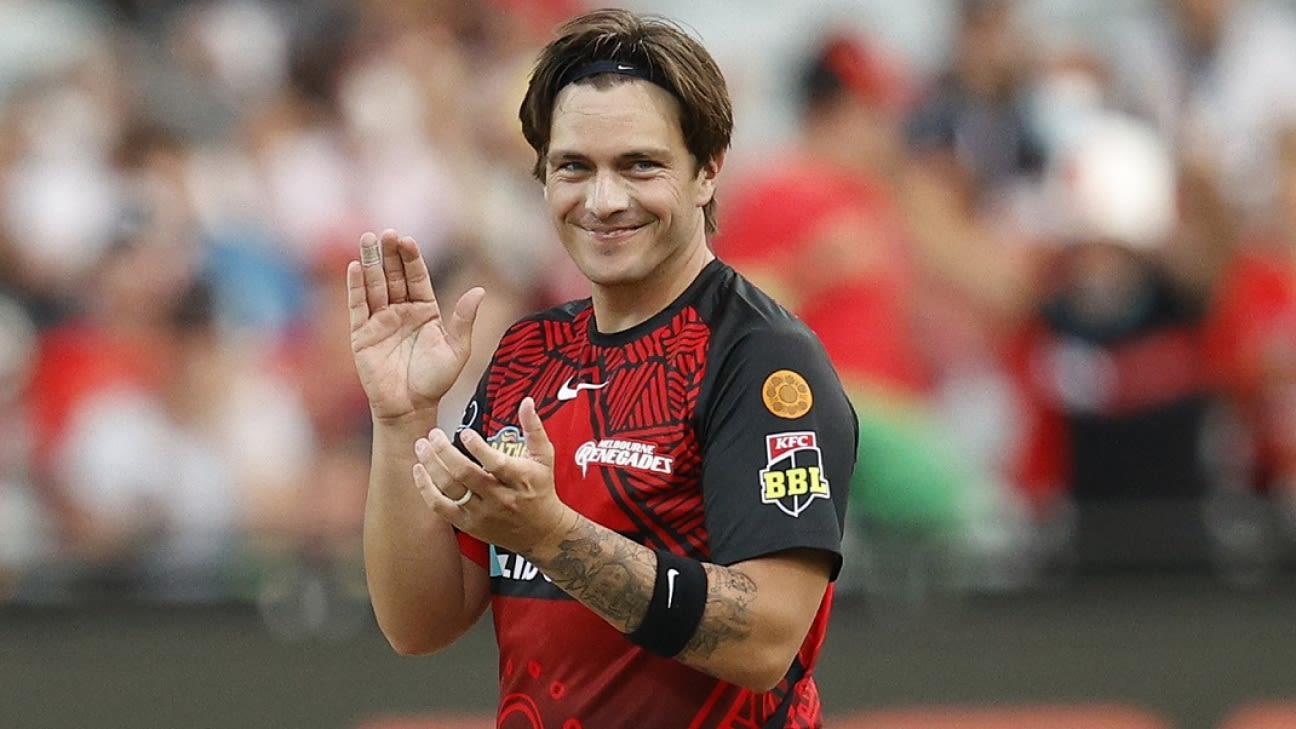 Former Australia T20 legspinner Cameron Boyce is returning to the club where he started his BBL journey, signing a two-year deal with Adelaide Strikers.
Boyce played six games with Strikers in 2012-13 before moving to Hobart Hurricanes for five seasons. He then made the move to Melbourne Renegades in 2018-19 when he was a pivotal part of Renegades’ shock title. But he did not play at all in 2020-21 and managed just four games last season following some health issues.
He created history in his last game for Renegades becoming the first bowler in the BBL to take four wickets in four balls, finishing with career-best figures of 5 for 21 against Sydney Thunder.

Boyce, 33, said he was delighted to return to Adelaide.

“I am so excited to get back to where my Big Bash journey started,” Boyce said. “I loved my time at the Strikers and am thrilled to be back. For a tournament that has only been around for 12 years, experience is extremely valuable, and I am relishing the idea of working alongside the likes of Travis Head and Alex Carey this summer.

“I have great relationships with a lot of the guys already and am looking forward to doing all I can to help bring another title to Adelaide Oval.”

Strikers coach Jason Gillespie was thrilled to recruit a player of Boyce’s experience and he could form a thrilling legspin duo with Rashid Khan if Strikers are able to retain the superstar in the upcoming overseas draft.

“We are extremely pleased to have Cameron returning to the Strikers,” Gillespie said. “He will bring a wealth of experience and expertise to our squad.

“Cameron is a proven Big Bash performer, with a BBL title just one part of a prolific career highlighted by a huge number of wickets. We look forward to welcoming Cameron to Adelaide and back into the Strikers family.”