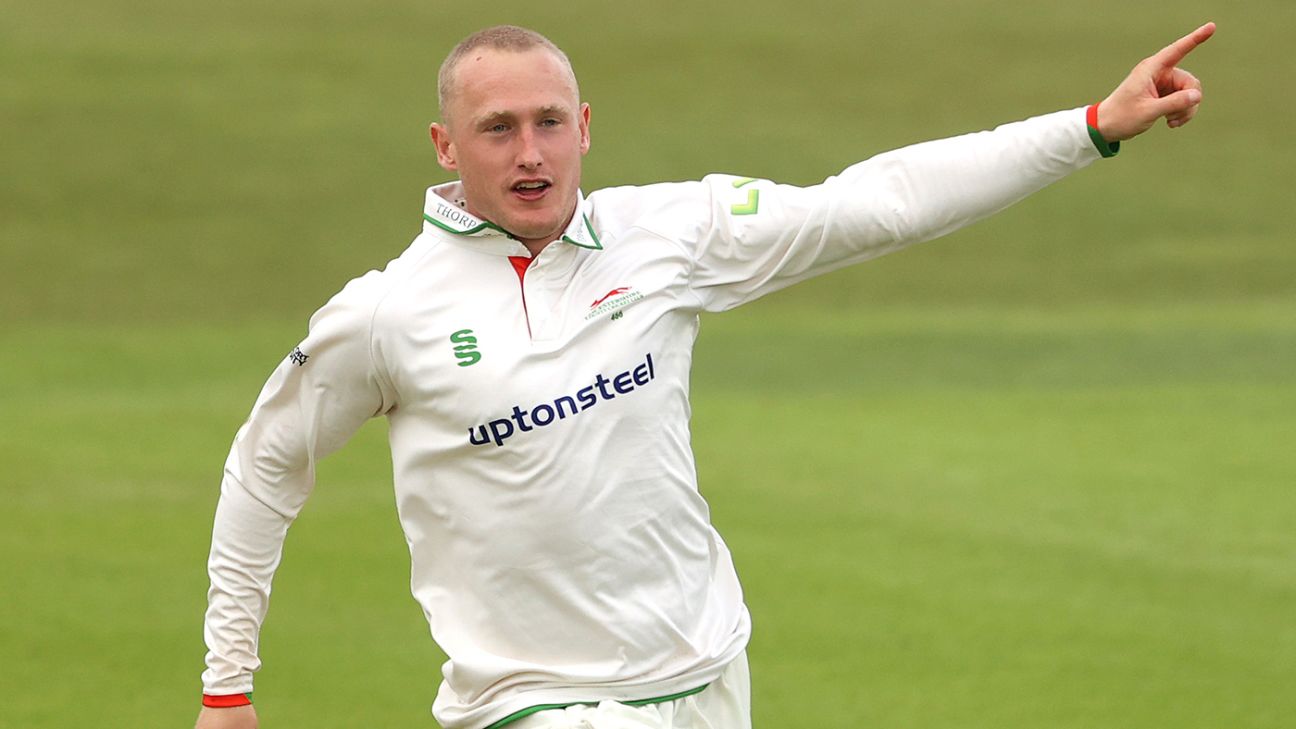 Leicestershire pulled off an extraordinary victory over Sussex in an LV=Insurance County Championship match that had looked set to bring the curtain down on the season at Grace Road with a tame draw.

After Hassan Azad (152) and Lewis Hill (145) had turned their hundreds into career-best scores and there was a maiden half-century for Louis Kimber, a declaration at 492 for 4 gave Leicestershire a lead of 133, but with their leading wicket-taker Chris Wright absent through injury, bowling Sussex out in the 48 overs that remained looked a long shot, even with Fynn Hudson-Prentice unable to bat after breaking a hand in the first innings.

Yet after reaching 117 for 3 – just 16 runs away from wiping out their arrears – an inexperienced Sussex side containing five teenagers lost their last six wickets for 11 runs, losing by an innings and five runs with 16 balls left.

Callum Parkinson took 4 for 18 with his left-arm spin and seamer Ben Mike 4 for 34 as Leicestershire won by five runs.

Wright, who was awarded his county cap along with Hill during the lunch interval, was not risked after feeling a hamstring after the first innings, when his 6 for 94 took his wickets tally for the season to 46.

Sussex remain without a win since beating Glamorgan in the second match of the season and are bottom of Division Three, with only a final fixture against next-to-bottom Derbyshire at Hove next week to come as they seek to avoid a first Championship wooden spoon since 2000.

Resuming at 291 for 2 following Tuesday’s washout after another hour of the game was lost because of a wet outfield, Leicestershire achieved their objective of securing maximum batting points.

Two more came as Hill overtook his previous career best of 121, scored against Gloucestershire in April of this year, and Azad passed his of 144 not out against Surrey, also in April, as the pair extended their partnership to 248, a new mark for Leicestershire’s third wicket against Sussex. Hill’s runs took his tally for the season to 902.

Both fell in consecutive Henry Crocombe overs, both caught on the boundary by substitute fielder, 17-year-old Bertie Foreman, whose grandfather was Denis Foreman, who played cricket for Sussex and football for Brighton and Hove Albion in the 1950s and 60s.

Kimber (69 not out) and Harry Swindells (59 not out) claimed the fifth, adding 130 in just less than 19 overs before skipper Parkinson called them in.

Leicestershire’s bowlers chipped away. Ali Orr was caught behind off Parkinson’s left-arm spin, first-innings centurion Ben Brown hit Mike straight to point, Tom Haines played across one from Ed Barnes and having closed to within 16 of clearing the arrears, Sussex unravelled.

Rawlins edged behind, Parkinson bowled Tom Hinley, Oli Carter, who had faced 77 balls for his nine, pulled to leg gulley and Crocombe was leg before as Mike took two in two. Parkinson then trapped Jack Carson in front.

Last wicket pair Sean Hunt and Joseph Sarro – both 19-year-olds – survived 30 balls to prolong the agony, but then Parkinson had the latter caught behind to spark wild celebrations.