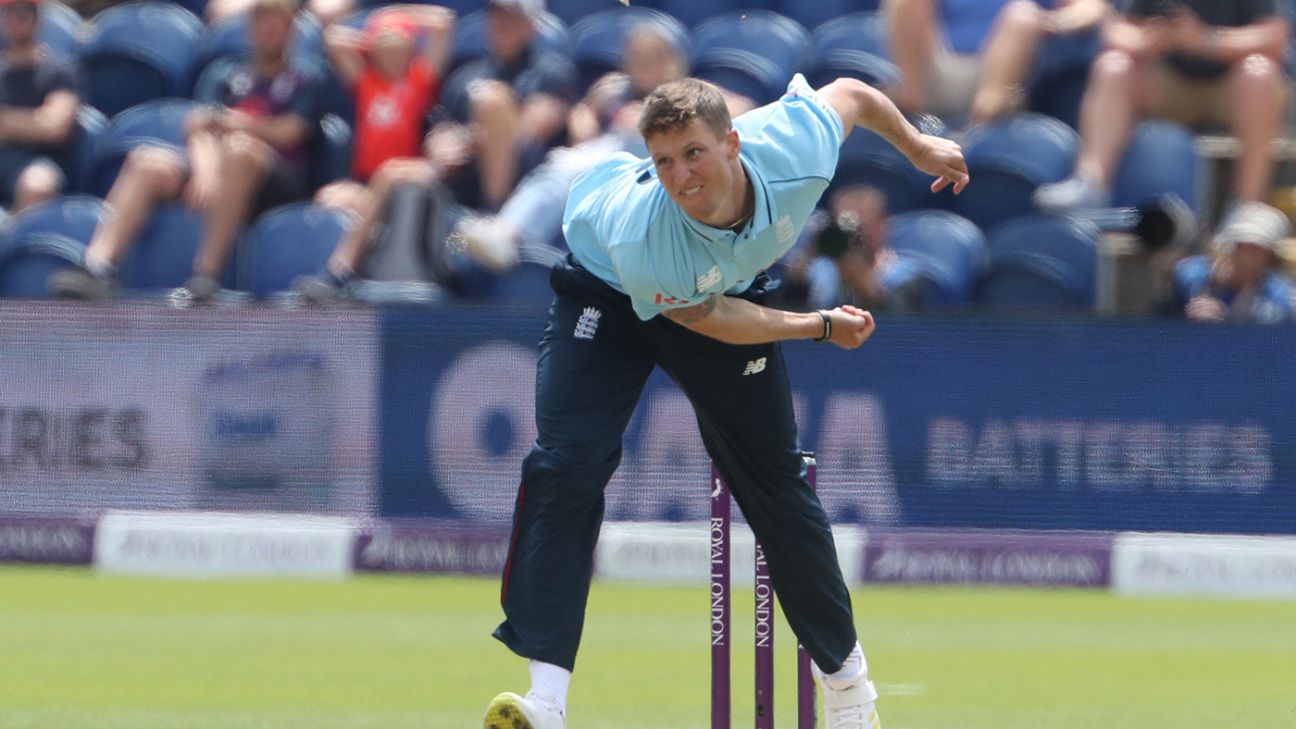 Brydon Carse has been ruled out of England Lions’ tour of Australia after suffering a serious knee injury at training.

Carse, the 26-year-old Durham seam bowler, tore the cartilage in his right knee during a practice session on the Gold Coast, where the Lions squad are serving their quarantine period ahead of the tour starting on November 23. He will return to the UK in the coming days to be seen by a specialist.

Carse made his debut for England during the ODI series against Pakistan over the northern summer and claimed a maiden List A five-wicket haul in just his second international appearance – a three-wicket victory against Pakistan in July. He also showed his promise the with bat in scoring a 30-ball half-century in the Vitality Blast.

The Lions are in camp alongside England’s Ashes squad and the sides will play two matches against each other in Queensland ahead of the Ashes starting on December 8. The Lions will also face Australia A in a four-day match in Brisbane before returning home in mid-December.

Carse was also set to make his first appearance in an overseas franchise competition after joining Perth Scorchers for the upcoming BBL season on Friday.

Kade Harvey, Western Australia Cricket General Manager – High Performance, said Scorchers were “exploring our options” to find a replacement ahead of the BBL, which starts on December 5 with the Perth side opening their campaign three days later.

“It’s a real shame for Brydon on the eve of the tournament,” Harvey said. “We wish him all the best and hope he makes a speedy recovery.”