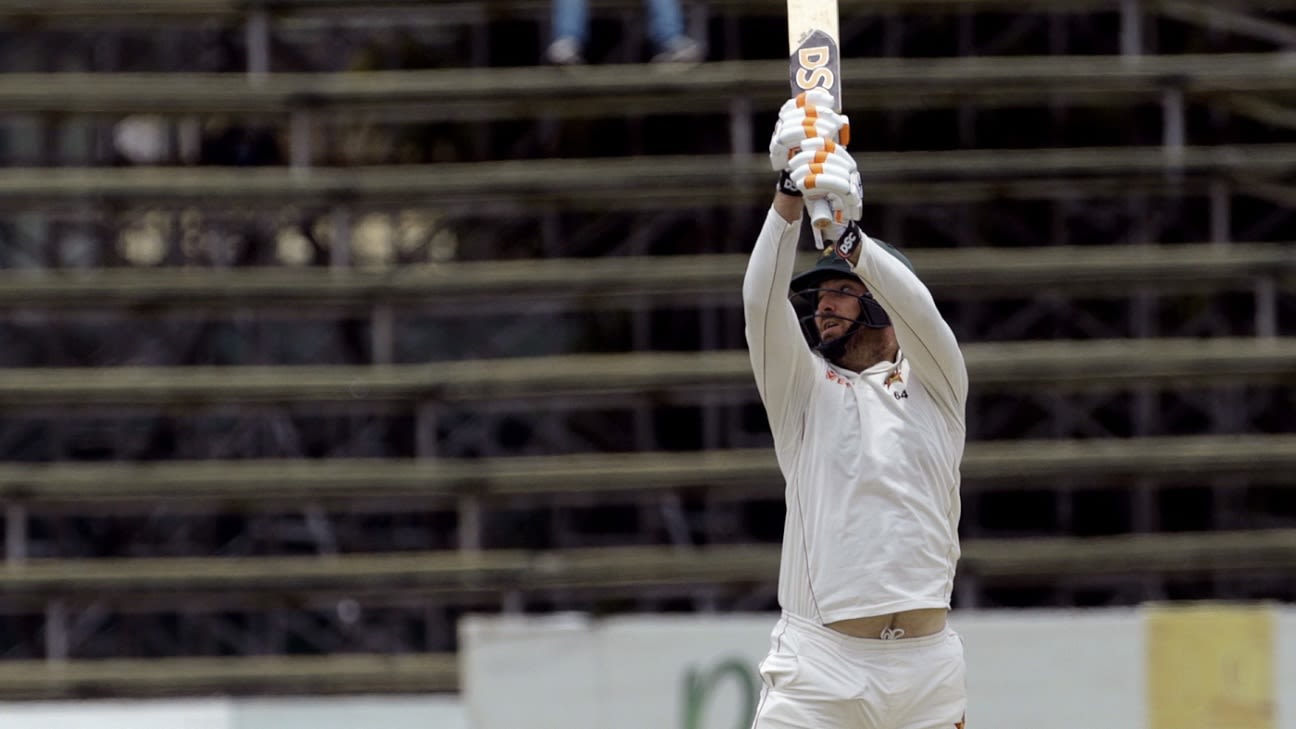 Zimbabwe batted at a good pace to move to 209 for 2 at lunch on the third day, although Bangladesh would count Brendan Taylor’s dismissal, their only success of the session, as a crucial breakthrough. Captain Taylor fell for 81 off 92 balls, with a dozen fours and a six, ending a promising 115-run second-wicket stand with opener Takudzwanashe Kaitano.

The session, however, didn’t yield any more wickets for the visitors as both debutants Kaitano and Dion Myers remained unbeaten on 63 and 21 respectively. Zimbabwe added 95 runs in the 26 overs during the session and are now 59 runs short of clearing the follow-on hurdle.

Taylor continued his counter-attack from the second evening. With a beautiful straight six off Shakib Al Hasan, he reached his fifty off 58 balls in the sixth over of the morning. It was followed by a whip off his toes off Ebadat Hossain, as he picked up the delivery from outside off stump and sent it to the midwicket boundary.

Kaitano drove confidently to bring up the 100-run partnership for the second wicket and soon reached his maiden Test fifty, off 159 balls.

Miraz’s introduction prompted Taylor to change his gear, as he greeted the offspinner with a reverse-swept boundary. He followed it up with a neat conventional sweep that just went past short-leg fielder before he reverse -wept again. Miraz held on to his line in the second over too, only for Taylor to succumb to another waft towards the leg side. This time, Yasir Ali, the substitute took an easy catch at square-leg, much to Miraz’s delight. Myers then played some attractive shots, including a straight drive off Taskin Ahmed and a six over long-on off Miraz. Kaitano pulled one away to take Zimbabwe to 200 with a four.

Earlier on the second evening, Kaitano and Milton Shumba had added 61 for the opening stand before Taylor and Kaitano guided the home side to 114 for 1.

Can privacy coexist with technology that reads and changes brain activity?