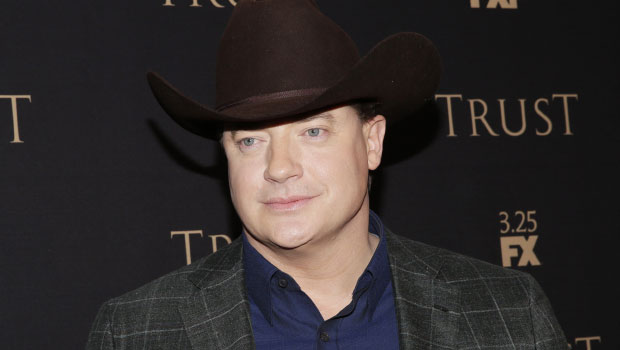 Brendan Fraser, 53, looked unrecognizable in the first pic from his upcoming movie, The Whale. The actor stars as a 600-pound English teacher looking to reconnect with his estranged 17-year-old daughter in the Darren Aronofsky feature, which is based on the 2012 play written by Samuel D. Hunter. His transformation can be seen in the new snapshot, which was posted on Twitter and shows his character up close while wearing a dark blue top.

Before the first pic was released, Brendan opened up about playing his new role, in an interview, and promised it was unlike anything he’s ever done before. “It’s gonna be like something you haven’t seen before,” he, told  Unilad last year while discussing the highly-anticipated movie. “The wardrobe and costume was extensive, seamless, cumbersome. This is certainly far removed from anything I’ve ever done but not to be coy … I do know it’s going to make a lasting impression.”

The latest pic from The Whale comes over a year after the film was first announced. It’s a pretty different type of film than the action-packed ones Brendan is known for, including The Mummy. He spoke about the difficulties in making films like that and the toll it took on his overall health, in a 2018 interview with GQ. “I believe I probably was trying too hard, in a way that’s destructive,” he told the outlet.

“By the time I did the third Mummy picture in China [in 2008] I was put together with tape and ice — just, like, really nerdy and fetishy about ice packs,” he continued. “Screw-cap ice packs and downhill-mountain-biking pads, ’cause they’re small and light and they can fit under your clothes. I was building an exoskeleton for myself daily.”

The Whale is the first film Brendan is starring in since 2013’s Breakout. It’s also Darren’s first film since 2017’s Mother!, which starred big names like Jennifer Lawrence, Javier Bardem, Ed Harris, Michelle Pfeiffer. It is set to debut at the 2022 Venice Film Festival at the end of August.

Julia Rose & Jake Paul’s Relationship Timeline: All The Ups & Downs Of Their Romance