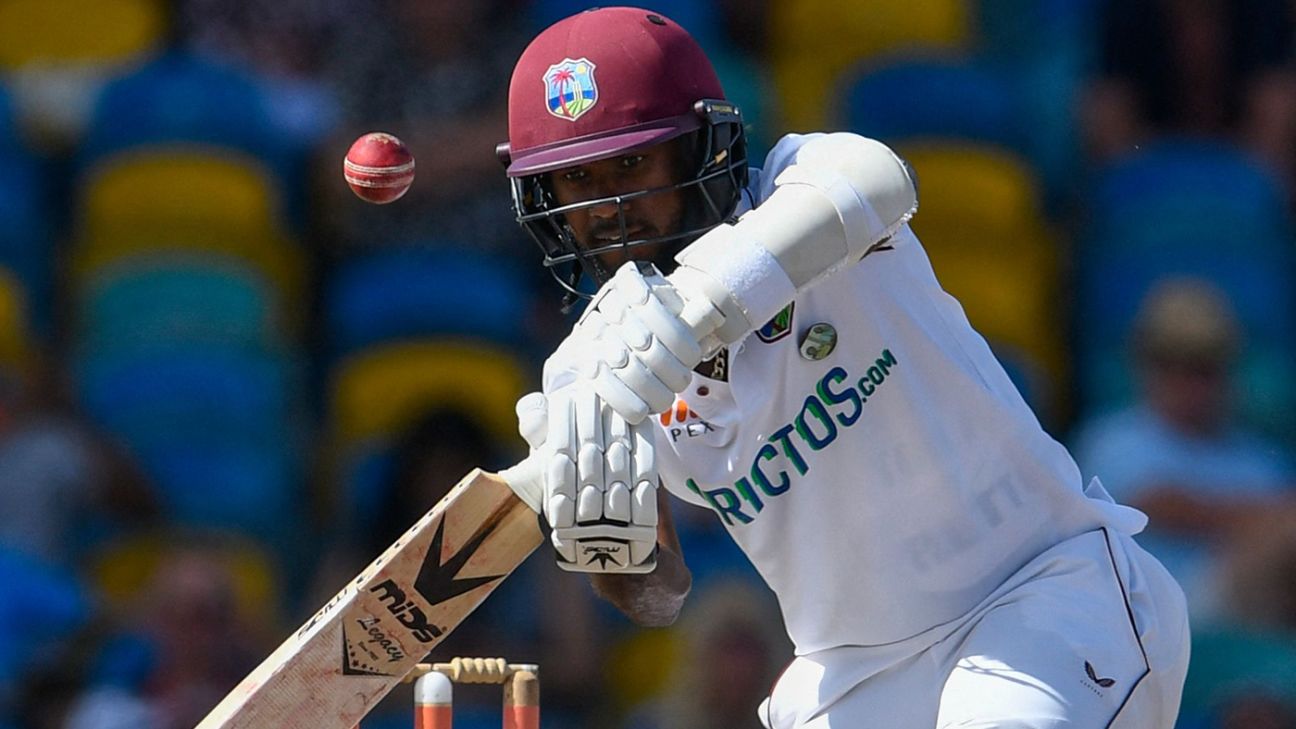 West Indies openers Kraigg Brathwaite and Shamarh Brooks made half-centuries in a total of 297 for 5 at stumps on day one of their tour match against Combined NSW and ACT.

The duo added 133 with captain Brathwaite and Brooks getting on top of a young attack at Canberra’s Manuka Oval which included recent Australian Under-19 representatives Liam Doddrell and Jack Nisbet.

Left-arm orthodox spinner Riley Ayre made inroads to have the tourists 207 for 5 before allrounder Jason Holder and Jermaine Blackwood took their side safely to the close of play.

West Indies have two tour matches before the Test series begins in Perth on November 30 and will be keen to get their batters in form before taking on Australia’s pace bowling attack.

Brathwaite, Holder and Blackwood are mainstays of the West Indies side and their early tour success will be a boost to the visitors’ hopes of challenging Australia.

Brathwaite is the most experienced of the West Indies batters and is 13th on the all-time Test list for his country with 4893 runs at an average of 34.45.

The 34-year-old Brooks did not make his Test debut until the age of 30 and has been in and out of the team in his short 11-Test career that includes a maiden century against Afghanistan in 2019.

Brooks is yet to open in a Test match for West Indies where he has batted at No.3 or in the middle order.