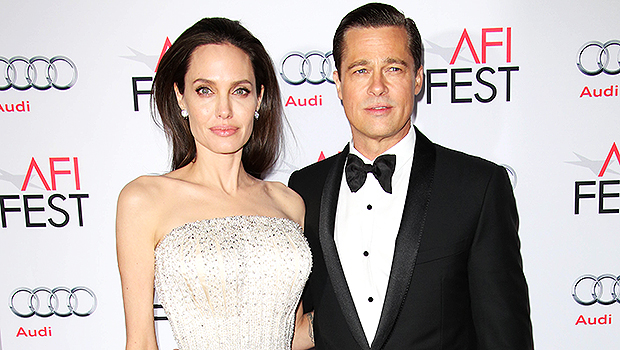 Brad Pitt, 58, is reportedly concerned that his custody battle will never be finalized due to his ex-wife, Angelina Jolie, 46. A source told US Weekly that the Fight Club actor — who shares six children with Angelina — thinks his former spouse “will never agree to joint custody and is going to run out the clock until the kids are 18.” Of Brad and Angelina’s six kids, four are still minors: Zahara, 17, Shiloh, 15, and twins Vivienne and Knox, 13.

The famous exes, who also share Maddox, 20, and Pax, 18, don’t appear to be finalizing this custody battle anytime soon. Brad, per Us Weekly, is further convinced that Angelina is hopeful that their kids “will want nothing to do with” him once they are all legal and no longer subject to custody rules. The Ocean’s Eleven actor, however, reportedly “will not give up the fight” against his ex-wife.

Angelina filed for divorce from Brad in Sept. 2016 after over a decade together, and two years of marriage. Brad was granted joint custody of the former couple’s children in May 2021. However, Angelina vehemently fought that decision, and California’s Second District Court of Appeal eventually removed Judge Ouderkirk from the case in July 2021 and thus undid his prior rulings. Brad later petitioned the California Supreme Court to review the case so he could get joint custody of the kids again, but that request was denied.

“Brangelina” are also at odds over their previously co-owned winery, Chateau Miraval. Angelina sold her 50% share of the company to Russian oligarch Yuri Shefler, which resulted in Brad filing a lawsuit against the Maleficent actress. In documents obtained by HollywoodLife, Brad claimed that Angie kept the sale secret after the exes allegedly had an agreement that neither could sell their portion without permission from the other party. He’s also seeking financial damages for Angelina’s move to sell her share.