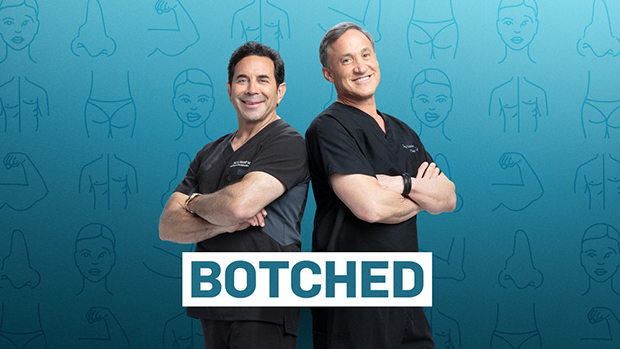 Our two favorite docs are back! ‘Botched’ returns with all-new season 7 episodes on January 25, and HollywoodLife has an EXCLUSIVE sneak peek trailer.

There’s no rest for Dr. Terry Dubrow and Dr. Paul Nassif, and they’re always up for a challenge. The two plastic surgeons return in the new episodes of Botched season 7 and face some of their biggest tests yet. In this EXCLUSIVE trailer, Dr. Dubrow and Dr. Nassir meet new patients and learn more about what they want to fix.

One woman looks like she has a “ball sac” on her foot. Another woman lost her entire upper lip. “My identity was taken from me,” the woman says. One woman’s knee is disfigured, and she admits she’s “tired of people looking at my knee.”

At one point, Dr. Dubrow gets emotional when talking to a patient. He begins to cry and has to step out of the room for a moment. “I haven’t seen that before — ever,” Dr. Nassif says.

The Botched docs waste no time trying to help their clients. “We are pushing the envelope today but there’s no other choice,” Dr. Dubrow says. “You only have about two hours or you can actually kill the leg.”

Dr. Nassif is in the midst of surgery on a patient’s nose and calls it a “bloody mess.” He says it’s “almost like a small bomb went off on the side of the nose.” Later, he says, “This is a massive reconstruction.”

Some of the notable patients in the new season 7 episodes include a cancer survivor that lost her upper lip and her identity after a small procedure became a big disaster; a young mom that nearly lost her entire leg in a rope swing accident and needs her knee fixed; a woman who had a flesh-eating bacteria that ate her nose; and a fellow doctor who was duped into getting silicone injections in her face, which resulted in staggering complications.” New episodes of Botched return on January 25 at 9 p.m. on E!