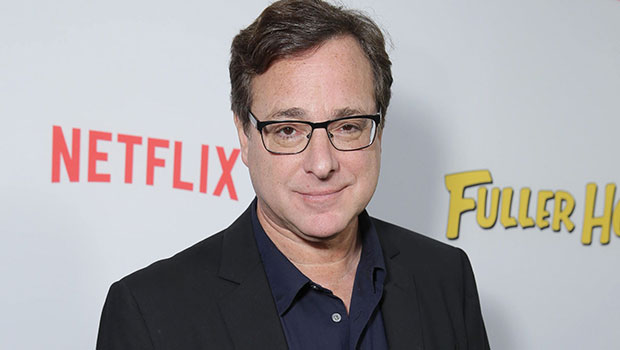 Bob Saget was found at the Ritz-Carlton hotel in Orlando on Sunday, Jan. 9, where he was pronounced dead on the scene.

Bob Saget has died at 65 years of age. The Full House icon was found at the Ritz-Carlton Hotel in Orlando, Florida on Sunday, Jan. 9, HollywoodLife confirmed via the Orange Country Sheriff’s Office. Hotel security found the comedian, per the statement, and contacted emergency services who responded at approximately 4 p.m. eastern time. No cause of death has been determined. HollywoodLife has also reached out to representatives to Bob for a statement.

“Earlier today, deputies were called to the Ritz-Carlton Orlando, Grande Lakes for a call about an unresponsive man in a hotel room. The man was identified as Robert Saget & pronounced deceased on scene,” the department wrote via Twitter. “Detectives found no signs of foul play or drug use in this case. #BobSaget,” they also posted.

Earlier today, deputies were called to the Ritz-Carlton Orlando, Grande Lakes for a call about an unresponsive man in a hotel room. The man was identified as Robert Saget & pronounced deceased on scene. Detectives found no signs of foul play or drug use in this case. #BobSaget pic.twitter.com/aB1UKiOlmi

Bob has been on the tour in recent weeks for stand-up appearances, which started in September 2021. The tour included several shows booked in Florida, including stops in Orlando and Jacksonville in recent weeks. He’s been active on Twitter throughout the tour thus far, thanking his “appreciative audience” from the Jacksonville show at the Ponte Vedra Concert Hall on Saturday, Jan. 8 — just a day before his death.

“Loved tonight’s show @PV_ConcertHall in Jacksonville. Appreciative audience,” he began in his final tweet. “Thanks again to @RealTimWilkins for opening. I had no idea I did a 2 hr set tonight. I’m happily addicted again to this shit. Check http://BobSaget.com for my dates in 2022,” he added. The tour was scheduled through May.

Bob is best known for playing dad Danny Tanner on Full House from 1987 until 1995, which also starred John Stamos, Dave Coulier, and Lori Loughlin. His on-screen daughters included Mary-Kate and Ashley Olsen (who shared the role of youngest daughter Michelle), Jodie Sweetin and Candace Cameron Bure. He reprised the role of Danny Tanner for the Netflix re-boot of the series Fuller House in a recurring capacity beginning in 2016. Beyond Full House, he was also known as the host of America’s Funniest Home Videos from 1989 – 1997, in addition to having a successful stand-up career.

Bob was born on May 17, 1956 in Philadelphia, Pennsylvania to father Benjamin Saget and mother Rosalyn “Dolly” Saget. He pursued an acting career after graduating from high Abington Senior High School, studying at Temple University’s film school where he earned a Bachelor of Arts.