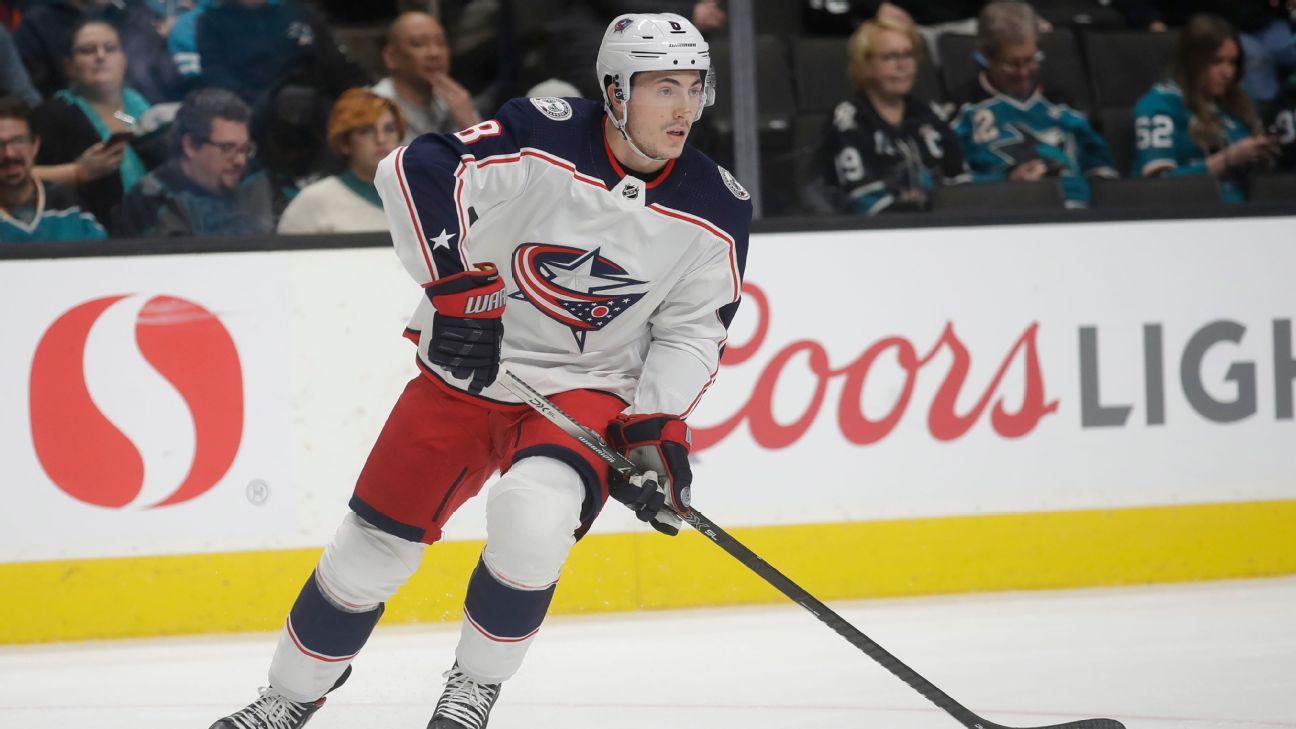 An already challenging season was further amplified Friday when the Columbus Blue Jackets announced star defenseman Zach Werenski is expected to miss the remainder of the regular season because of a separated shoulder and torn labrum.

Werenski played Thursday in the Blue Jackets’ 5-2 win over the Philadelphia Flyers. It was only the Blue Jackets’ fourth win of the season, but it was a result that snapped a five-game losing streak. Werenski suffered what was then classified as an upper-body injury in the first period and did not return.

The 25-year-old Werenski had three goals and eight points through 13 games.

Werenski, who had 48 points in 68 games last season, was in the early stages of what could have been his most productive campaign. He was projected to finish this season with what would have been a career-high 50 points. He is tied for second on the Blue Jackets in points, while his 23 minutes, 25 seconds in average ice time led the team. Losing Werenski also means the Blue Jackets will be without one of their primary power-play facilitators. Werenski was second on the team in power-play ice time and was fourth among defensemen in penalty-kill minutes.

Werenski, however, is not the only player the Jackets will be without for an extended period. They also said defenseman Nick Blankenburg, center Sean Kuraly and winger Jakub Voracek have been moved to injured reserve.

The Blue Jackets, who are last in the Metropolitan Division, entered Friday with a 4-9 record and eight points, which is tied with the St. Louis Blues for the lowest point total in the NHL.