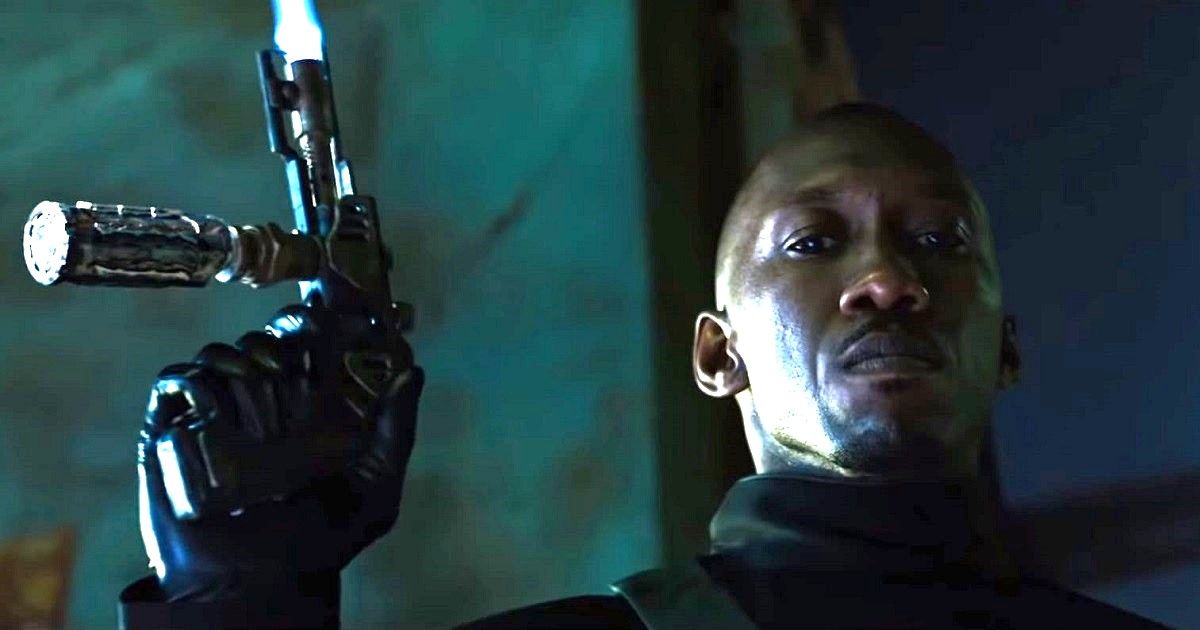 Some motherf***ers are always trying to ice-skate uphill. And ice-skate uphill is exactly what Marvel is apparently doing when it comes to their upcoming Blade reboot. Coming courtesy of noted insider Jeff Sneider, reports are coming in from behind-the-scenes of the MCU project which claims that Oscar winner and lead actor Mahershala Ali is “very frustrated” with the process.

“I’m told that the current BLADE script is roughly 90 pages and features exactly TWO (lackluster) action sequences,” Sneider says, which is sure to come as some hugely disappointing news to Blade fans. “Mahershala said to be very frustrated with the process,” he adds before revealing that Marvel Boss Kevin Feige is, “said to be spread too thin. But hey, that’s just what sources are telling me. Don’t shoot the messenger.”

To put the idea of a 90-page-long script into perspective, a general rule states that one page equals one minute of screen time, meaning that Marvel’s Blade could be a very short outing indeed. Of course, there is nothing wrong with a briskly efficient movie, but considering that Blade will need to introduce Mahershala Ali as the Daywalker, as well as introduce a world of vampires, and wrap them all up into the world of the MCU, will this really be enough time to do all of that to a decent standard?

The supposed revelation that Blade only has two action sequences, both of which are described here as “lackluster,” is sure to hit fans hard. Thanks to prior Blade movies, led of course by Wesley Snipes, the character has become known for delivering the action and is certainly something that Marvel fans will want to see continue into the MCU.

Of course, these claims are really just word of mouth at this stage. But with director Bassam Tariq dropping out so close to the start of production, it stands to reason that there is something fishy going on behind the scenes of Blade.

Blade is Expected to be Released in November 2023

Hardy anything is currently known about Marvel’s Blade, though some rumors have claimed it will include the debut of Blade’s daughter, Fallon Grey. Which, if true, will be just another thing to add to the already short runtime. There have been reports circulating that the 14-year-old actress Milan Ray, who is best known for her roles in The Wonder Years and Modern Love, has been cast in the Marvel movie, with many speculating that she will portray Fallon Grey, the estranged daughter of Blade, and a character who will play a major role in the MCU.

Watchmen writer Stacy Osei-Kuffour has been tapped to pen the script for the MCU’s Blade, with Academy Award winner Mahershala Ali set to star in the title role as Blade, the vampire slayer, alongside the likes of Da 5 Bloods star Delroy Lindo and Krypton star Aaron Pierre.

Blade is expected to begin principal photography next month and is scheduled for release on November 3, 2023, as part of Phase Five of the MCU.