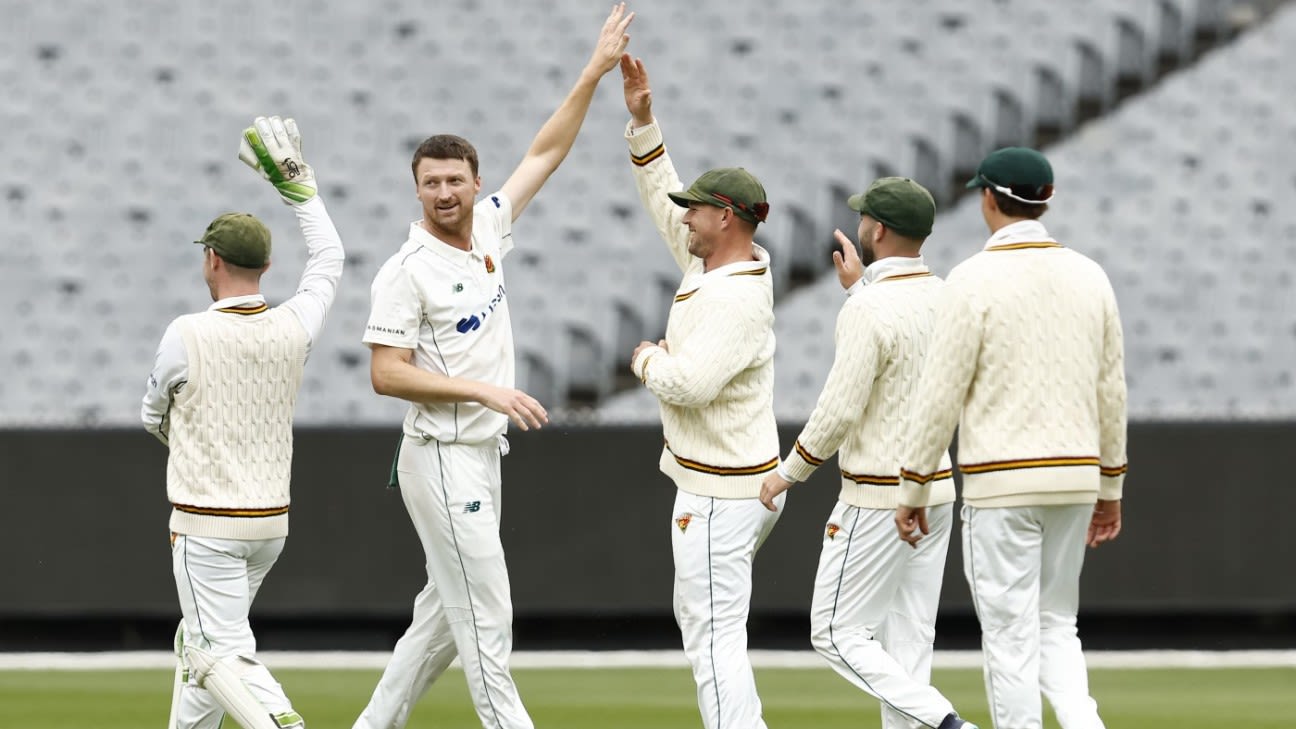 Wickets tumbled as Jackson Bird and Peter Siddle helped put Tasmania in a strong position at stumps on day one of the Sheffield Shield clash with Victoria.

The two quicks fired as the Tigers skittled their hosts for 121 after winning the toss and bowling first on a green deck at the MCG.

Bird was the chief destroyer with 4 for 13 from 15 overs, including seven maidens, while Siddle and Nathan Ellis also did some damage on Thursday.

Captain Jordan Silk and Jake Doran then guided Tasmania to 4 for 102 in reply, trailing by just 19 runs heading into day two.

Matthew Wad and Ben McDermott made starts for the Tigers but were both dismissed bowled.

Earlier, Kellaway made 23 with the bat and soaked up 82 balls as Victoria staggered to a grim first innings total.

It continued a poor run for Victoria, following tallies of 63 and 132 in an innings defeat to Queensland earlier this month.

Opener Travis Dean was out for his third consecutive duck after a pair against the Bulls.

Nic Maddinson and Ashley Chandrasinghe were also out cheaply as Tasmania’s new-ball attack had the hosts in all sorts of trouble, reducing them to 3 for 10.

Elliott and Kellaway were selected with Test duo Marcus Harris and Scott Boland, as well as Prime Minister’s XI pair Peter Handscomb and Todd Murphy, unavailable due to national commitments.

Tasmania recalled Ellis in place of Riley Meredith, who has been managed.