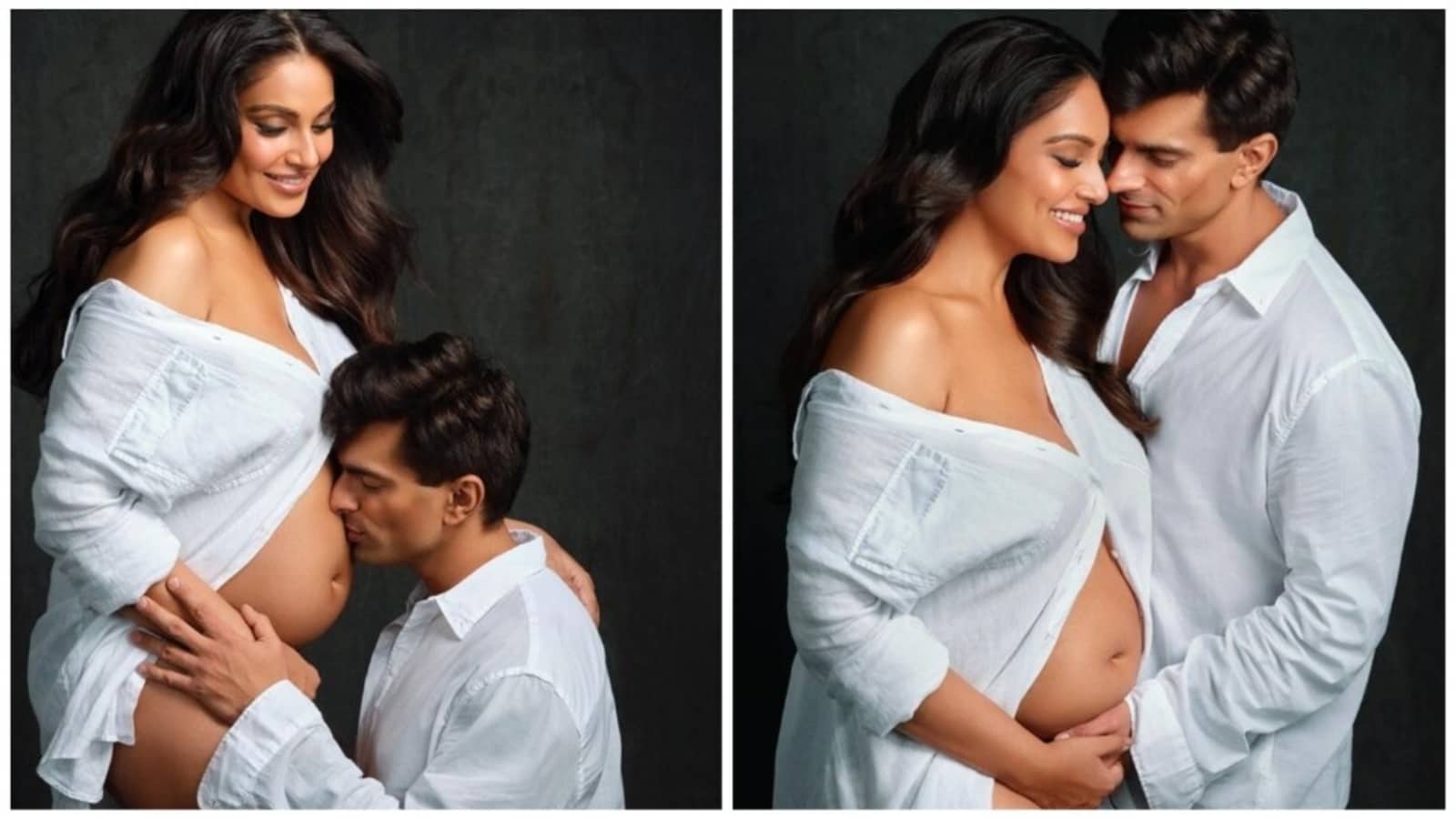 Bipasha Basu is expecting her first baby. She and husband Karan Singh Grover took to Instagram to share photos from a maternity shoot as they cradled her baby bump. (Also read: Bipasha Basu set to return to screen)

“A new time, a new phase, a new light adds another unique shade to our prism of life. Making us a little more whole than we used to be. We began this life individually and then we met each other and from then we were two. Too much love for only two, seemed a little unfair for us to see…so soon, we who once were two will now become three,” Bipasha and Karan wrote with the photos.

“A creation manifested by our love, our baby will join us soon and add to our glee. Thank you all, for your unconditional love, your prayers and good wishes as they are and will always be a part of us. Thank you for being a part of our lives and manifesting with us another beautiful life, our baby. Durga Durga,” they added.

In the photos, both the actors are seen in white shirts against a black backdrop. Bipasha’s baby bump is visible as Karan cradles and kisses it. Several celebs also wished the couple on the big news. Neelam Kothari wrote, “So amazing.” Rajiv Adatia wrote, “Omggggggggggg im so so happy for youuuu.”

Previously, rumours of her pregnancy started getting spread after fans spotted her baby bump in the photos shared by the actor from an Eid party. Bipasha and Karan first met on the set of Bhushan Patel’s film Alone in the year 2015, which marked their first on-screen collaboration and they tied the knot after one year of dating in April 2016.

Karan was last seen in a web show Qubool Hai 2.0 with actor Surbhi Jyoti. The show was a romantic drama which premiered on Zee5.

Bipasha, on the other hand, was last seen in a crime thriller miniseries Dangerous along with Karan. Directed by Bhushan Patel and written by Vikram Bhatt, the series got mixed responses from the audience.