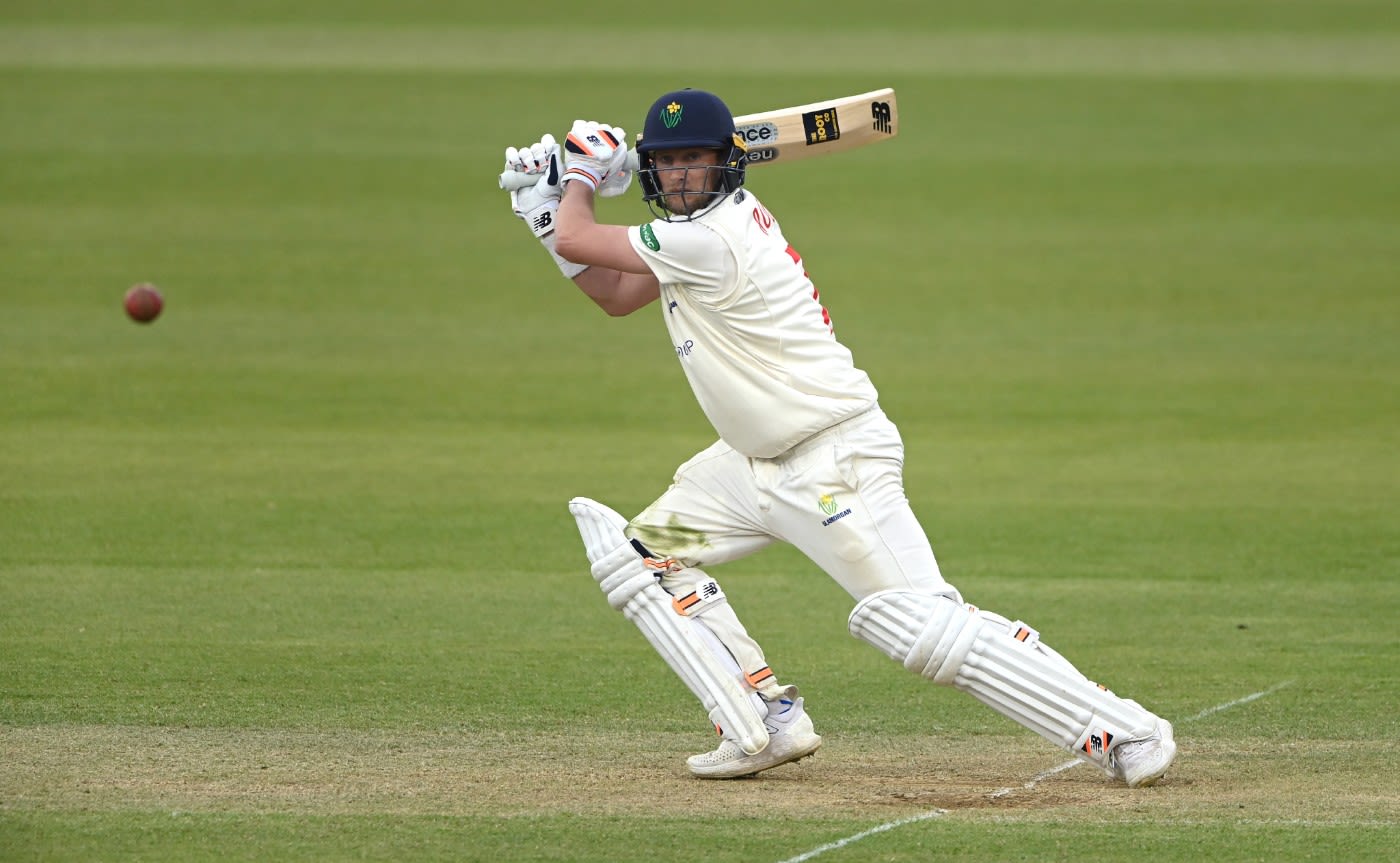 Billy Root orchestrated a Glamorgan fightback on day two of their LV= Insurance County Championship Division Two match against Durham at the Riverside.
Root dragged his team out of trouble at 163 for 7 with a fine innings of 88 to defy the Durham bowlers. Sam Northeast, Kiran Carlson and Michael Neser also scored half-centuries, but it was the visitors’ lower order that frustrated the hosts, adding 202 runs for the final three wickets.
Matthew Potts and Ben Raine took four wickets apiece, but Durham’s bowling in the afternoon outside of the duo was below-par, allowing the Welsh outfit to accumulate a healthy lead of 54. Michael Hogan and Neser nipped out Sean Dickson and Keegan Petersen to leave the hosts in trouble in their second innings still 15 runs behind.

Resuming on 31 for 2, Glamorgan looked to make headway into Durham’s first-innings total, but were pegged back from the seventh ball of the day as Scott Borthwick took a diving catch at second slip to dismiss David Lloyd after Chris Rushworth found his outside edge. Marnus Labuschagne took 19 deliveries to get off the mark, and did not seem comfortable at the crease. His stay lasted a further three balls before he played across the line and was pinned lbw by Raine.

Northeast provided the early resistance and marched towards his fifty at a good rate, striking Rushworth for three-straight boundaries. The 32-year-old notched his fourth half-century of the campaign, but failed to kick on for his first ton of 2022, edging behind to Ned Eckersley for 51 as Rushworth had his revenge. Carlson followed the mantra of Northeast to put the pressure back on the Durham bowlers. Ben Stokes‘ first three overs consequently went for 29, with Carlson racing towards his half-century from 42 balls.

The lunch break came at the right time for the hosts, and Potts returned with a spring in his step to bowl Carlson with the first ball after the interval. The Durham seamer claimed his fourth of the innings as Cooke was caught down the leg-side, leaving Glamorgan reeling at 163 for 7.

However, Root and Neser stabilised the Glamorgan ranks, and the Australia international led the way with an aggressive approach. Neser capitalised on loose bowling from the home side to score a brisk fifty, his first in the County Championship, reaching the mark with a firm strike down the ground against Borthwick.

The stand between Neser and Root surpassed 100 before Raine removed Neser for 62 to give the home side hope of earning a slender lead. Root ensured that Glamorgan secured a third batting point and then advanced beyond Durham’s first-innings total.

He and Timm van der Gugten, with runner Labuschagne due to his ailing hamstring, frustrated Stokes, Carse and company in a defiant partnership of 83 for the ninth wicket. Root was on the precipice of a deserved hundred, but gave away his wicket for 88 with a loose drive off Raine, who then claimed his fourth scalp to end the Glamorgan innings.

Hogan and Neser made early inroads to remove Dickson and Petersen, handing Lloyd and his team momentum to take into day three.