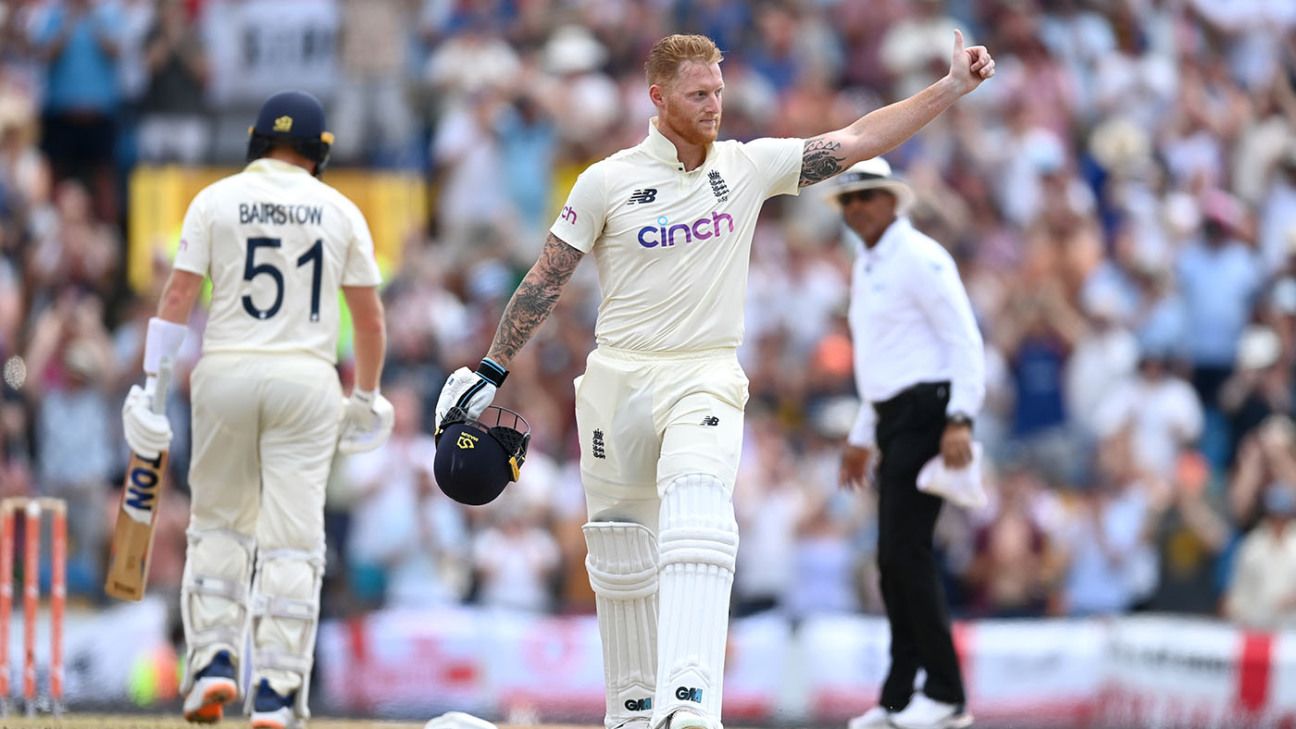 Ben Stokes has been named as England men’s Test captain. Stokes was the preferred candidate to take on the job after Joe Root’s resignation following five years in the role.
England’s leading allrounder, and one of the few players sure of their place in the XI, Stokes becomes the 81st captain of the men’s Test team. His appointment was recommended by Rob Key, the new managing director of men’s cricket, and approved by the ECB on Tuesday evening.

“I had no hesitation in offering the role of Test captain to Ben,” Key said. “He epitomises the mentality and approach we want to take this team forward into the next era of red-ball cricket. I am delighted that he has accepted, and he is ready for the added responsibility and the honour. He thoroughly deserves the opportunity.”

Stokes has captained in one Test previously, a defeat to West Indies when Root was on paternity leave in 2020. Although he said during the winter tour of Australia that he was not interested in the captaincy, he acknowledged being in the frame when writing about Root’s decision to step down in his newspaper column last week.

“I am honoured to be given the chance to lead the England Test team,” he said. “This is a real privilege, and I’m excited about getting started this summer.

“I want to thank Joe [Root] for everything he has done for English cricket and for always being a great ambassador for the sport all across the world. He has been a massive part of my development as a leader in the dressing room, and he will continue to be a key ally for me in this role.”

There had been concerns about Stokes’ workload, as a key player in all three formats and following a break from the game for mental health reasons in 2021. Fellow allrounders Ian Botham and Andrew Flintoff both experienced unhappy spells as captain, but Key suggested that “the time is absolutely right” for Stokes to

“We’ve got to manage [his] load,” Key told Sky Sports. “We’ve got to prioritise at times where we think he needs to be playing, and obviously at the moment that’s going to be Test cricket. But I don’t think we have to overthink this. We’ve just got to make sure he’s in a good frame of mind, that his body’s in good shape, and then we can plan accordingly.

“We don’t need to be planning, six months in advance for when Ben Stokes is going to play or not. We just need to be on top of it all the time. That’s going to be the key.

“In Test cricket at the moment, we want to get our best side out on the park. That’s it, it’s a pretty simple game in that regard.”

Stokes has not played since the tour of the Caribbean, where a 1-0 defeat to West Indies helped bring down the curtain on Root’s time as captain, having led the team in more Tests than any other Englishman.

He was sent for scans on a knee injury earlier this month but has been back in training ahead of a return for Durham, possibly as soon as next week. England’s next Test commitment comes against New Zealand, with a three-match series beginning at Lord’s on June 2.

The appointment of Stokes, which was widely expected, is the first of a number of changes to the Test set-up to be overseen by Key. The ECB has already advertised for separate red- and white-ball coaches, while it is expected England will revert to selection being overseen by a panel, after Ashley Giles did away with the national selector role last year.

Tom Harrison, the ECB’s chief executive officer, said: “I am delighted that Ben has agreed to become England Men’s Test captain, which is another great achievement in his extraordinary career in an England shirt.

“He cares deeply and passionately about what it means to represent England and he will lead us into a new era with great pride. It’s an important summer for our Test side and Ben will I am sure relish the challenge before him and his team.”