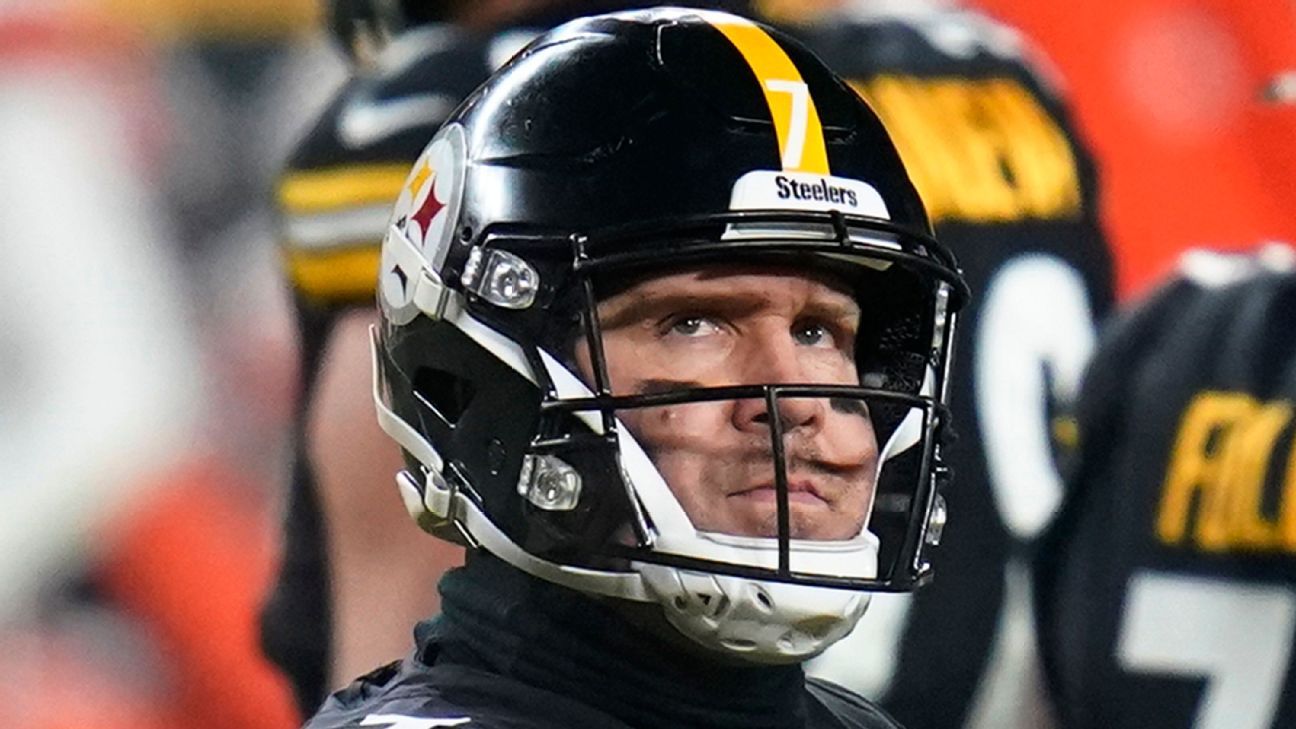 PITTSBURGH — With the disappointment of a first-round playoff loss to the Cleveland Browns still fresh, Ben Roethlisberger made the immediate decision to return as the Pittsburgh Steelers quarterback for at least another season.

To do that, though, he recognized that his $41.25 million cap hit was untenable, and he asked the front office for a pay cut so it could fill the roster holes around him.

“It was my idea,” Roethlisberger said Tuesday, speaking publicly for the first time since that postseason loss. “I told them I want to help the team out however we can, and so I went to them and told them that I would do whatever I could to help the team sign the guys that are going to help us win football games. … In order to do that, to get guys here, I felt that it was necessary to do that.”

Roethlisberger, 39, reduced his salary by $5 million, signing a new contract that’s set to void after the 2021 season. But even though the terms of the deal seem to set an expiration date on his tenure as quarterback, Roethlisberger wasn’t willing to speculate on his future.

“I have never looked towards the future. I’ve always looked at the right here and now, and that’s what’s important for me for this season is giving it everything I have right here and right now for this group of guys.”

Though the Steelers started on an 11-0 hot streak, their 2020 season fell apart in the final six games as Roethlisberger became inconsistent in his throws and decision-making.

“I didn’t play well enough at the end of the season,” he said. “It’s not a secret, and I’ll be the first to point the thumb at myself. When the ball is in your hand every play, you have to make plays and play better football. If the quarterback, myself, isn’t playing good football, that — especially late in the season — is related to winning and losing.

“I will take that playoff and those games on me. Just feeling worn down and not playing good enough football at the end of the season.”

The deep balls often missed the mark, and he completed only 29% of passes thrown 20 yards downfield, 30th among qualified quarterbacks.

Part of that, Roethlisberger said, can be attributed to the elbow surgery he had the year before.

“I had total reconstruction on my elbow, that might have something to do with it,” he said. “But no excuses. … My arm was healed, obviously, I played. It was healthy. But I think anybody that has a big surgery, it almost takes — like that first year back, you are back but are you really back and feeling great?”

Roethlisberger, though, isn’t measuring how much better the elbow feels until later in the season.

“My arm feels great, though,” he said. “I would like to wait to answer that question until we get into more of this season and see how it feels. Right now, it feels really good.”

A year ago, Roethlisberger increased his normal offseason throwing volume as part of his rehabilitation, but this year, things are back to normal.

“Last year I threw thousands of balls in the offseason because we were rehabbing,” Roethlisberger said. “This year, it has gone back to the normal routine of throwing here, doing a little bit at home with the trainer. But mostly taking time off. I took a lot of time off from throwing, so I hope and think and really believe it will pay dividends this year.”