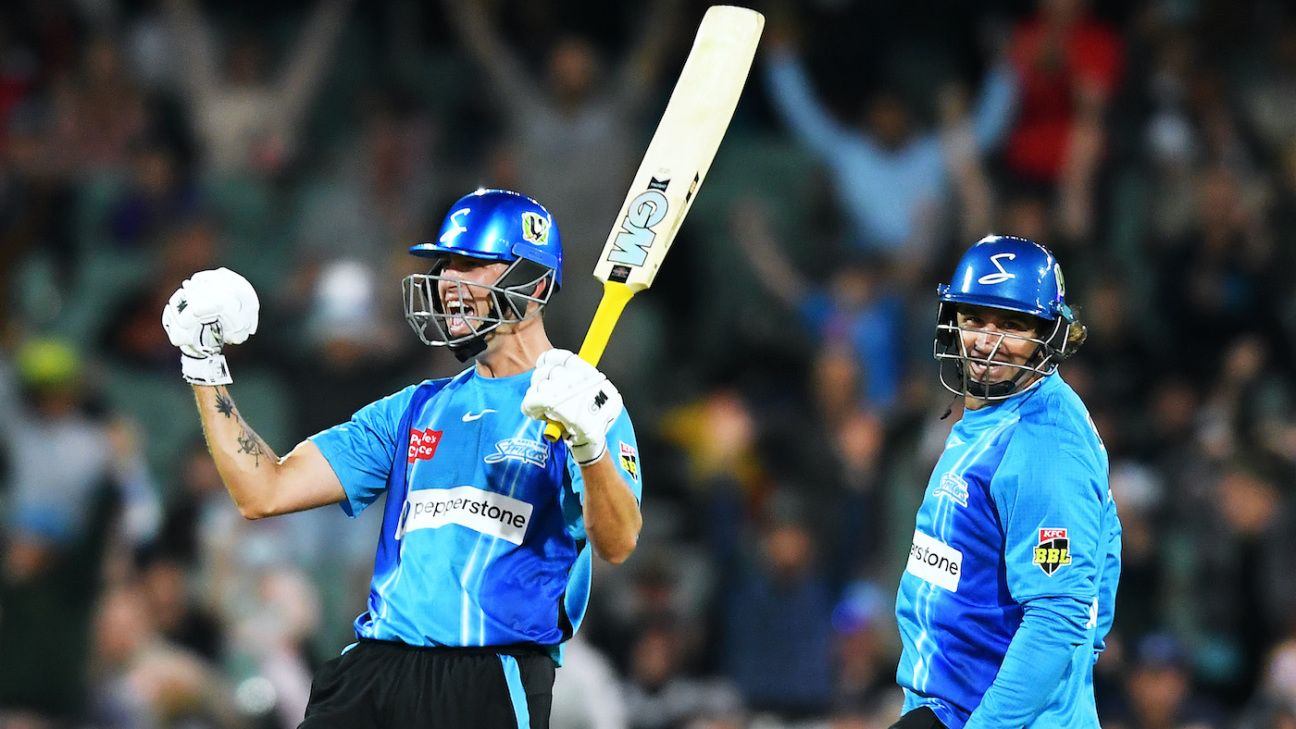 The BBL continues to produce incredible drama. Here are a few things that stood out in the first week of the new year.

They say any publicity is good publicity and the BBL has not been short of controversial moments this season that have stirred global debate. Just two days after Michael Neser’s contentious juggling catch on the boundary, chaos ensued when Stars skipper Adam Zampa attempted to run out Renegades batter Tom Rogers at the non-striker’s end. Zampa had been left frustrated moments earlier after he believed Rogers was running out of the non-striker’s crease to gain an advantage.

After Rogers again left his crease early, Zampa quickly whipped off the bails and appealed for the wicket but it was given not out after replays showed that his bowling arm was past vertical. Zampa, who was jeered by some of the 38,500 crowd, later doubled down although admitted he didn’t totally understand the laws.

“I was well within my rights to do it, it’s in the rule book,” he said. “I didn’t know the [vertical] rule, I thought you actually had to let the ball go.”

Amid the furore, Cricket NSW voiced its support of the polarising mode of dismissal with chief executive Lee Germon saying it needs “to be supported in upholding the relevant laws of the game”.

While the attempted run out hogged the headlines, it did fire up Rogers who was visibly unhappy with the incident and traded words with Zampa. He roused his best efforts with the ball as the quick led Renegades’ superb defence of a modest 141 for 7 in the Melbourne derby.

With his first legal delivery, Rogers bowled opener Joe Clarke and he was just getting started. Conjuring menacing movement, Rogers was almost unplayable to finish with 5 for 16 in the best figures in Renegades’ history. Only Strikers quick Henry Thornton’s remarkable 5 for 3 in Thunder’s capitulation for 15 bettered Rogers’ figures this season.

There were flashier off-season signings, but the recruitment of Rogers has been key in Renegades’ revival. The 28-year-old, who holds down a day job as a high school teacher, enjoyed a breakout last season with Hobart Hurricanes, where he claimed 20 wickets, and he’s gone up another level. Right now, Rogers is the leading wicket-taker in the BBL with 17 wickets in nine games at an average of 16.35.

An improved Sydney Thunder faced a litmus test against Perth Scorchers, who were riding an eight-game winning streak at Optus Stadium stretching three years. Scorchers made a modest 142 for 9 batting first but that type of total is usually enough for their strong attack to defend. The usual script appeared set when Alex Hales and Rilee Rossouw fell early as Thunder slumped to 10 for 2.

But Ollie Davies continued his eye-catching form with 58 before Alex Ross‘ blistering 18-ball 41 in Thunder’s confident chase down with three overs to spare. It was their fourth straight victory – and their best this season – after three straight losses marked by the embarrassing 15 all out which appears to have galvanised them.

To further compound Scorchers’ defeat to Thunder, quick Jhye Richardson suffered a hamstring injury to continue his injury-plagued season. Fortunately it was on the lower end of the scale but Richardson is likely to miss the rest of the regular season. His latest setback comes on the back of a nagging heel injury which saw on the sidelines for an extended period ahead of the BBL season.

Richardson had been in hot form with 15 wickets in seven games marked by rapid bowling nudging 150kph. He was issuing a reminder to national selectors having slid down Australia’s crowded pace pecking order, but his latest injury casts fresh doubt on his ability to stay on the field.

Turner is proving the ultimate finisher

Just when his shorthanded batting order needed it, Scorchers skipper Ashton Turner has wound back the clock this season. After a couple of lean seasons, which has seen him on the fringes of Western Australia’s Sheffield Shield team, Turner has rediscovered his big-hitting ability. He’s been in superb touch all season and this week was the only Scorchers’ batter to fire against Thunder with a 37-ball 60.

A composed Turner has been at his best finishing a match and he did so again against Brisbane Heat with 23 not out from 12 balls to ensure Scorchers ran down the target of 172 with ease. Turner, who played nine ODIs and 18 T20Is for Australia from 2017-21, is highly regarded for his tactical nous and is seen as arguably the best skipper in the BBL. He could well be coming under consideration for a return to international cricket with Australia currently experiencing a dearth of leadership options in the shorter formats.

Renegades have noticeably struggled in recent years but have put a lot of work into their younger players. Wicketkeeper-batter Sam Harper has benefited with a sustained run but badly struggled this season with the bat. He scored just six runs in four innings, including three ducks, heading into the match against Hobart Hurricanes. Chasing 163 at Marvel Stadium, Harper rediscovered his best with 89 off 48 balls, which included seven sixes. Harper was particularly devastating at the finish against quick Joel Paris before narrowly falling short of a maiden BBL century in a confidence boosting innings.

Short capped his captaincy debut with a 59-ball century to end a frustrating rut for the allrounder who enjoyed a breakout last season. But he’s generally having some type of impact with Short’s handy offspin often used in the powerplay. Amid a likely transition of Australia’s T20 team, Short looms as an intriguing option with his allround skill marked by hard-hitting batting he memorably unleashed against Hurricanes.