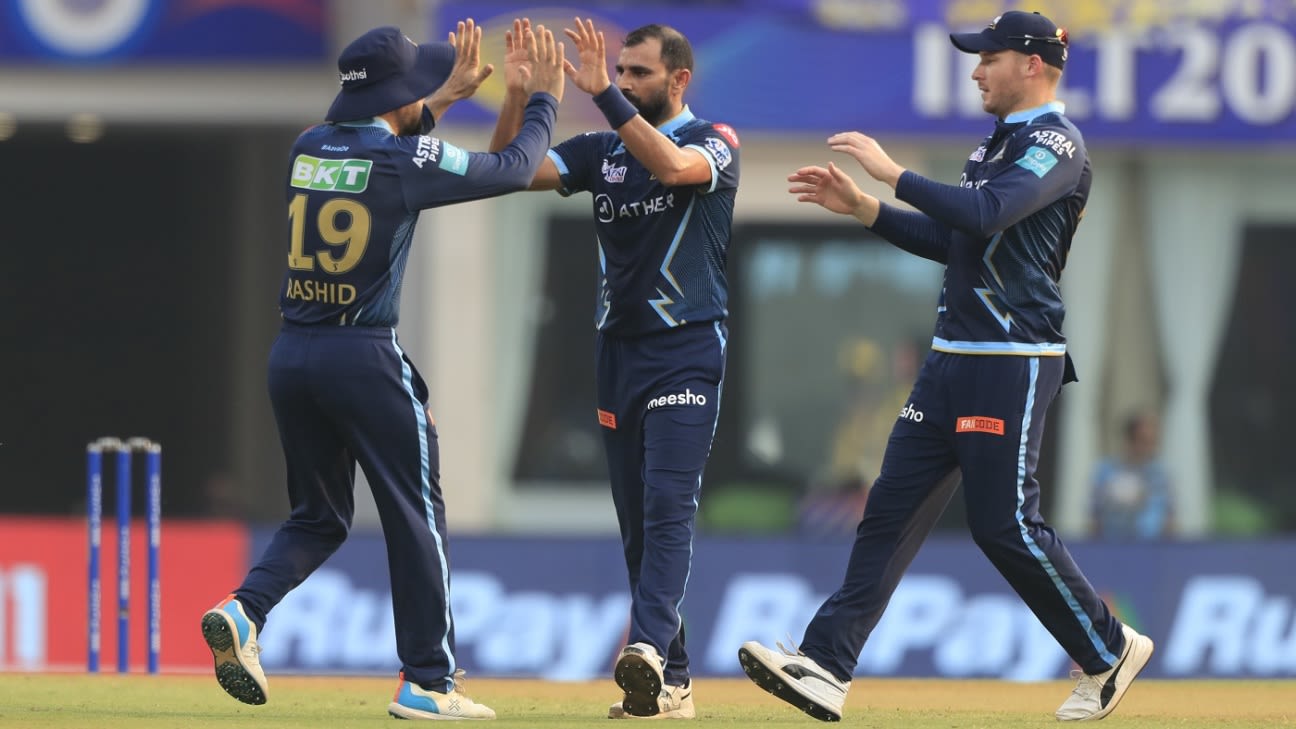 The last time these two sides met, earlier this month, Rashid bagged a duck with the bat and his bowling was largely diffused by Sunrisers as Titans suffered their first – and only – defeat of the season. Can Sunrisers now do the double over Titans?
While Sunrisers’ batting looks in healthy shape, with the likes of Rahul Tripathi, Aiden Markram, Nicholas Pooran, and Abhishek Sharma contributing handsomely, Titans’ has largely revolved around their captain Hardik Pandya and Shubman Gill. While Abhinav Manohar and Rahul Tewatia have applied finishing touches at different points, the overall balance of the line-up still appears shaky, especially when Pandya isn’t fit enough to bowl and when Tewatia, Rashid and Abhinav are Nos. 5, 6 and 7. Titans have also had some luck along the way, but can they find a way once it runs out?

Considering that both the attacks drip with supreme skill and variety, it is the batting that could decide this game.

Sunrisers’ premier spinner Washington Sundar has now missed three successive matches with a hand injury. Speaking to Star Sports, the host broadcaster, last week, Hemang Badani, Sunrisers’ fielding coach and talent scout, hinted that Washington wouldn’t be rushed back into action and that he will return only after he withstands some load during training. It remains to be seen whether Washington is fit enough for Wednesday’s clash.

The sample size is fairly small – 35 runs off 26 balls – but the in-form Rahul Tripathi could be Sunrisers’ best bet to deal with Rashid. He has struck at nearly 135 against the wristspinner while being dismissed just once in the IPL.