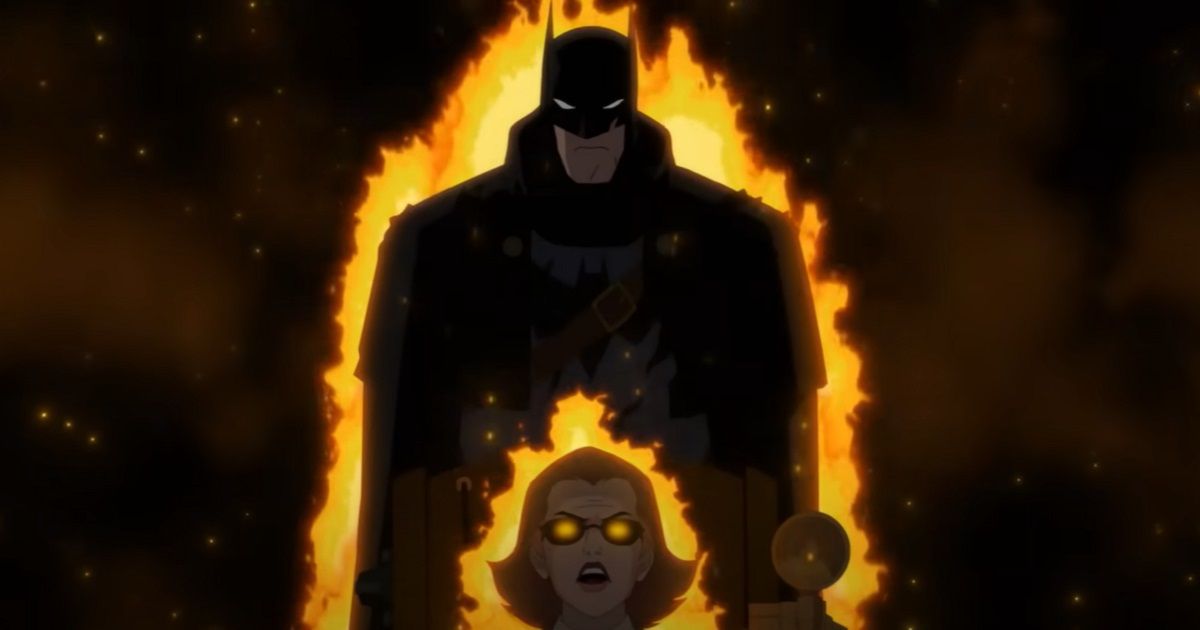 Animated outing Batman: The Doom That Came to Gotham drops Bruce Wayne into the 1920s.

The trailer for the upcoming DC animated adventure, Batman: The Doom That Came to Gotham, drops Bruce Wayne into the 1920s and sees him don the cape and cowl to battle Lovecraftian supernatural forces. The footage comes courtesy of Warner Bros. Entertainment, and teases a very different mission for the Caped Crusader as he attempts to save Gotham from all manner of monsters and magic. Check out the trailer for Batman: The Doom That Came to Gotham below.

Inspired by the comic book series by Mike Mignola, Richard Pace and Troy Nixey, Batman: The Doom That Came to Gotham is a 1920s-based tale that finds explorer Bruce Wayne accidentally unleashing an ancient evil, expediting his return to Gotham City after a two-decade hiatus. The logic/science-driven Batman must battle Lovecraftian supernatural forces threatening the sheer existence of Gotham, along the way being aided and confronted by reimagined versions of his well-known allies and enemies, including Green Arrow, Ra’s al Ghul, Mr. Freeze, Killer Croc, Two-Face, James Gordon and Bruce’s beloved wards. Prepare for a mystical, often terrifying Batman adventure unlike any other.

Batman: The Doom That Came to Gotham finds Grimm and 13 Hours star David Giuntoli voicing the Dark Knight. This is not the first time that Giuntoli’s voice has emanated from beneath the cowl, with the actor also providing the vocals for Batman in 2021’s Batman: Soul of the Dragon.

Batman: The Doom That Came to Gotham also stars Navid Negahban (Aladdin) as Ra’s Al Ghul, Emily O’Brien (Batman: The Enemy Within) as Talia Al Ghul, and Patrick Fabian (Better Call Saul) as Harvey Dent, with the trio making up just some of the villains of the piece.

Batman: The Doom That Came to Gotham will be available to own on Digital, 4K and Blu-ray on March 28, 2023.

RELATED: Here’s Why DC Animated Shows Are Consistently So Good

DC Animation Has Plenty in Store for 2023

Batman: The Doom That Came to Gotham is far from the only DC animated outing set for release in 2023. Next month will see the release of Legion of Super-Heroes, which follows Kara, aka Supergirl, devastated by loss of Krypton and struggling to adjust to her new life on Earth. With Superman as her mentor, she must contend with a mysterious group called the Dark Circle who searches for a powerful weapon held in the Academy’s vault.

This year will also see the release of Justice League: Warworld, which is expected to be released sometime in Summer 2023; and an RWBY/Justice League animated movie; and Batman Azteca: Choque De Imperios, which will once again introduce a different version of The Dark Knight.