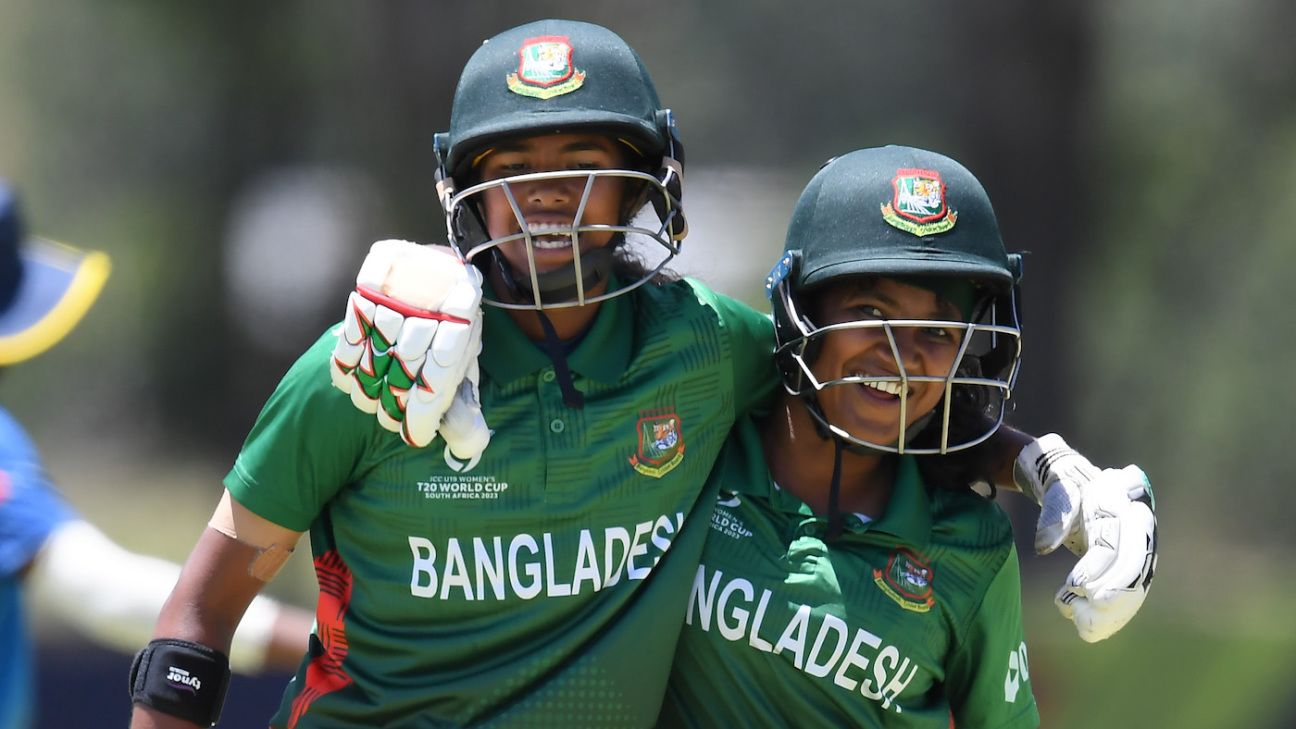 Shamima, 34, is a wicketkeeper-batter who has played 47 T20Is. Sobhana is a 20-year old batter with 15 T20Is under her belt. Both were in the Bangladesh side during the Asia Cup last year. There was no place for Sharmin Akter, Fargana Hoque, Sanjida Akter, Fariha Trisna and Rabeya Khatun, who were all part of Bangladesh’s last tour, to New Zealand in December.

“While making the squad for the Women’s T20 World Cup, we considered the format and the conditions. We are playing in South Africa. We are already playing in the Under-19 World Cup, so we tried to pick a mix of young and experienced players,” Bangladesh women’s team selector, Manjurul Islam, said.

“Shorna, Disha, Marufa and Dilara are playing really well in the (Under-19 World Cup) tournament. They also toured New Zealand in our senior team’s last tour. We also have a number of experienced players like Jahanara [Alam] and Salma [Khatun],” Manjurul said.

Bangladesh play their first match of the Women’s T20 World Cup on February 12 against Sri Lanka in Cape Town.