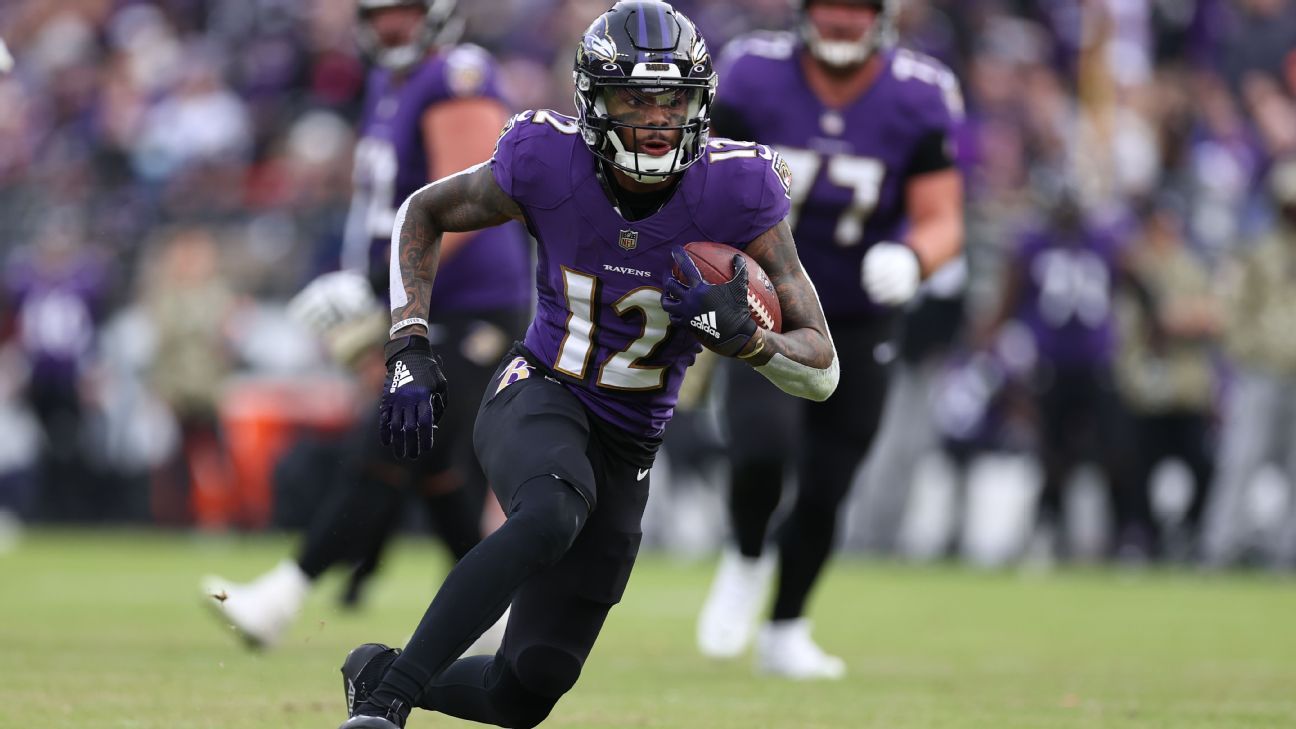 On Sunday, Bateman took a short pass from Jackson and scored a 75-yard touchdown to give the Ravens a 14-7 lead over the Miami Dolphins in the second quarter. This long touchdown comes one week after Bateman caught a 55-yard touchdown from Jackson in a season-opening, 24-9 win at the New York Jets.

One play after Miami tied the game at 7, Bateman caught a quick slant and outraced Dolphins cornerback Xavien Howard 66 yards to the end zone. Bateman reached a top speed of 21.48 miles per hour, the second fastest speed by a ball-carrier this season, trailing Devin Duvernay’s 103-yard kickoff return for a touchdown from earlier in the game.

Bateman’s 75-yarder was the second longest completion of Jackson’s career. His longest also came against the Dolphins – an 83-yard pass to Marquise Brown in the 2019 season opener. Baltimore traded Brown this offseason with the hopes of Bateman becoming Jackson’s No. 1 wide receiver.

Tune in on CBS!! pic.twitter.com/iGgfmfFu7w

Ravens wide receiver Devin Duvernay continued his hot start to the 2022 season as the Ravens began their home opener in spectacular fashion.

Duvernay returned the opening kickoff 103 yards, outrunning the Miami Dolphins down the left sideline and into the end zone. He reached a top speed of 21.6 miles per hour, the fastest by a ball carrier so far this season, according to Next Gen Stats.

Tune in on CBS! pic.twitter.com/l4NL1lOr4s

This marked Duvernay’s third touchdown in the first five quarters of the 2022 season. He caught two touchdown passes from Lamar Jackson last Sunday in the Ravens’ 24-9 win at the New York Jets. This has been quite a turnaround for Duvernay, a third-round pick in 2020 who had a total of four touchdowns in his first two seasons.

Duvernay, a Pro Bowl returner last year, joined Jacoby Jones as the only players with multiple kickoff returns for touchdowns in Ravens history.