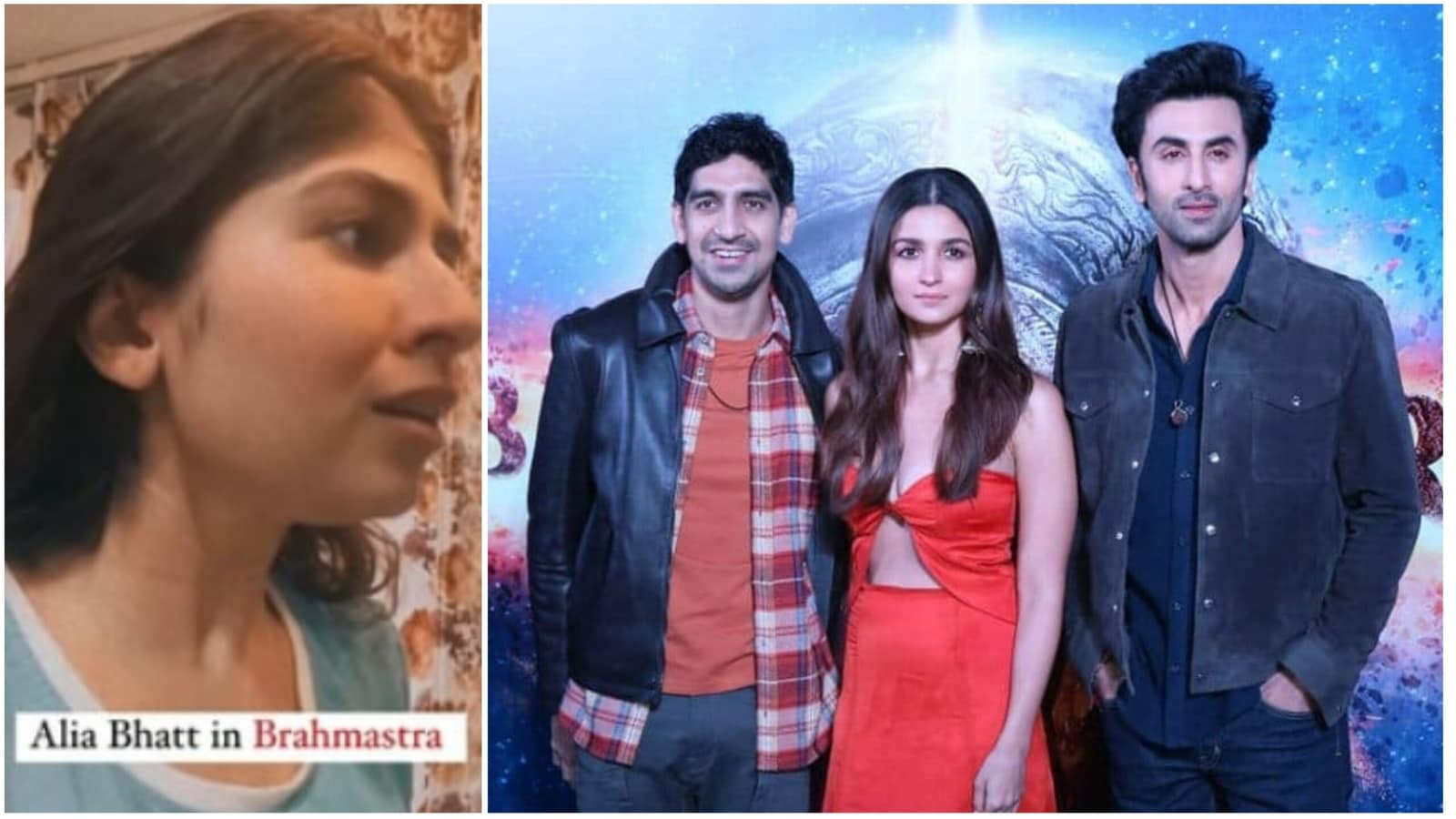 While Brahmastra is making good business at the box office, it is also keeping people entertained with a variety of memes and videos about the film. One such video shared on Instagram reels by a mimicry artist who often imitates Alia Bhatt made fun of how the actor’s character Isha keeps taking Shiva’s name throughout the film. Alia revealed that she found the video hilarious rather than hurtful. Also Read| Comedian’s concern about Alia Bhatt’s family in Brahmastra leaves all in splits

Brahmastra director Ayan Mukerji and Ranbir Kapoor who plays Shiva also revealed the reasons Isha keeps saying Shiva repeatedly. They made the revelation as Ranbir shared that the team of Brahmastra has a group chat named ‘Brahmastra Feedback’ where everyone shares feedback, memes, criticism, and makes fun of themselves. Ranbir said that all of them enjoy the process as such discussions only happen when a film becomes part of pop culture.

In a conversation with NDTV, Alia Bhatt reacted to the popular video on Instagram about her dialogues, and said, “That’s one of my favourites. There is this one girl who imitates me, Chandni, she imitates me really well. She made an Alia Bramastra meme where she is talking about my voice and she is outstanding.” Explaining the reasons behind the dialogues, Ayan said, “People are making fun of it. I think when I talk, I keep taking people’s names a lot, this is my habit. So that stayed in the script and came in the film as well.”

Ranbir Kapoor shared, “We want to tell the audience that Alia and I would always ask Ayan that ‘yaar, her name is Isha, my name is Shiva, do we have to keep saying it?’ But Ayan was very particular that when someone is in love, they have to enjoy saying the name of the person they love. And I think that makes sense.” Ranbir and Alia also clarified that they are not like this in their real life and get worried that they have done something wrong if the other person calls them by their name.

Brahmastra Part 1- Shiva released in theatres on September 9. It also stars Mouni Roy, Amitabh Bachchan, Nagarjuna, and Shah Rukh Khan in pivotal roles. The film is the first part of a planned trilogy by Ayan.