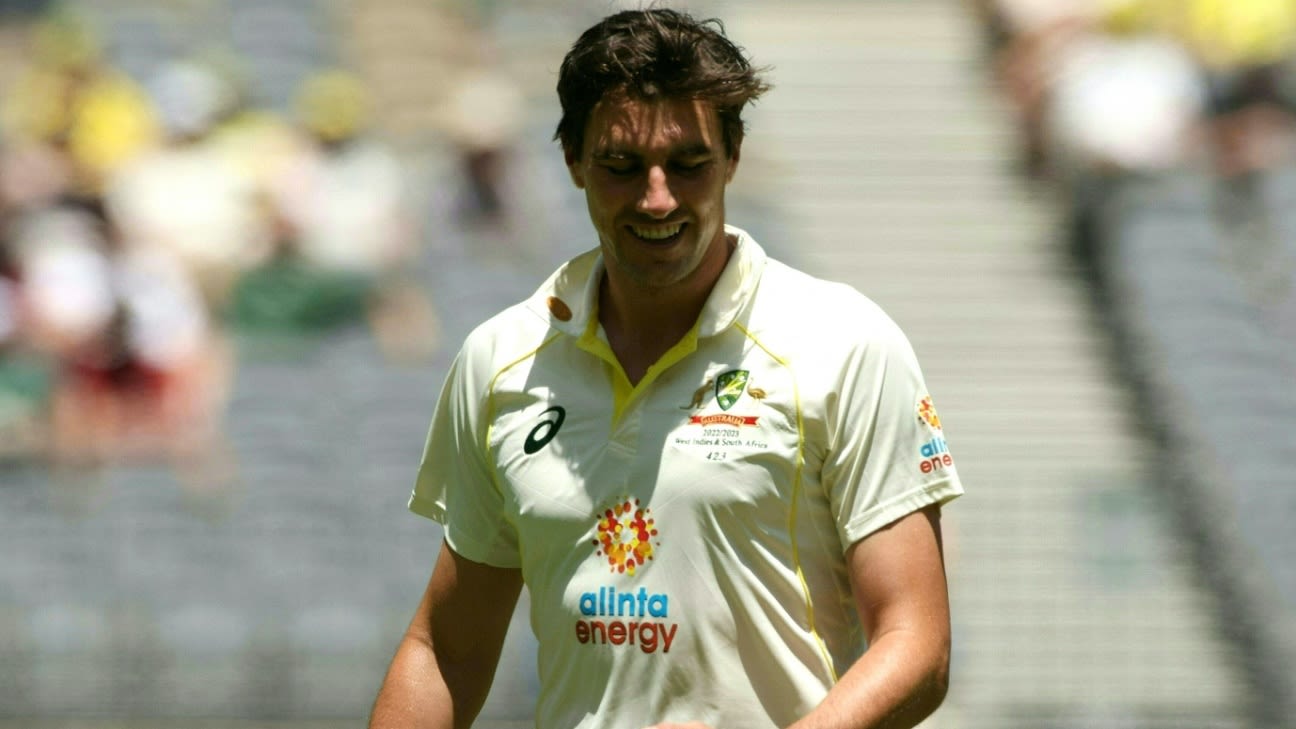 If history repeats itself and Pat Cummins misses the Adelaide Test, Australia are confident in their fast-bowling depth being able to cover the absence of the captain.
Cummins was forced out of the corresponding fixture a year ago after being identified as a close Covid-19 contact on the eve of the Test against England. Australia won that match by 275 runs late on the final day despite having also losing Josh Hazlewood from their first-choice attack. This time, it is a more conventional problem that potentially curtails Cummins’ involvement after picking up a quad injury in Perth although he will be given every chance to prove his fitness.
However, with five Tests in little more than five weeks, and the tour of India to follow in February, any element of doubt over Cummins would be a significant risk with a worsening of the injury opening the prospect of a longer lay-off.

The signs, though, were at least hopeful for Cummins on Tuesday as he looked reasonably comfortable during a 40-minute running session on the outfield but he did not bowl, something he will need to do before the team is confirmed on Thursday afternoon if he is to make the XI.

If Cummins does miss out, which would mean Steven Smith captaining the Test, it would open the door for Scott Boland to add to his three Ashes appearances from last season where he finished with the astonishing average of 9.55. With Australia playing two series in Asia since, and then Hazlewood returning in Perth last week, Boland has yet to add to his three caps, but there is the belief that he would be well suited to the pink ball in Adelaide.
His spectacular Test debut, where he claimed 6 for 7, came on an MCG wicket that Nathan Lyon said closely resembled what is traditionally produced for the pink-ball Test in Adelaide, although there have been examples of batters cashing in, notably David Warner’s triple century against Pakistan in 2019-2020.

“That wicket last year was pretty similar to an Adelaide wicket. It’s probably the closest a drop-in MCG wicket has been,” Lyon said. “So I am expecting pretty similar things if Scott gets the opportunity with the pink ball. I don’t think many things will change. His confidence is up and so it should be.

“His skill set has always been at the top in my eyes. He hits me in the pad for fun when I play him in state cricket. But what I see in Scott now is his confidence level has gone up a little.”

Boland bowled impressively during training on Tuesday evening, giving a number of batters a difficult time, as those who had been used in Perth were carefully managed. Mitchell Starc and Cameron Green both had brief stints with the ball while Hazlewood was restricted to gym work.

Lance Morris, the Western Australia quick who can push the speed gun up to 150kph, and Michael Neser did not bowl having had substantial workloads in the last round of Sheffield Shield matches.

There is significant excitement around the call-up of Morris, who is rated as the quickest bowler in the domestic game, but it would probably require a second bowler beyond Cummins to miss out for him to earn a debut.

However, it is a further sign of the pace-bowling stocks Australia have available with Mark Steketee, who has 25 wickets this season, and Sean Abbott both overlooked. Jhye Richardson, who took a five-wicket haul in last year’s Ashes Test in Adelaide, is currently not in contention having suffered a number of injury niggles this season which have limited him to two Sheffield Shield outings for Western Australia.