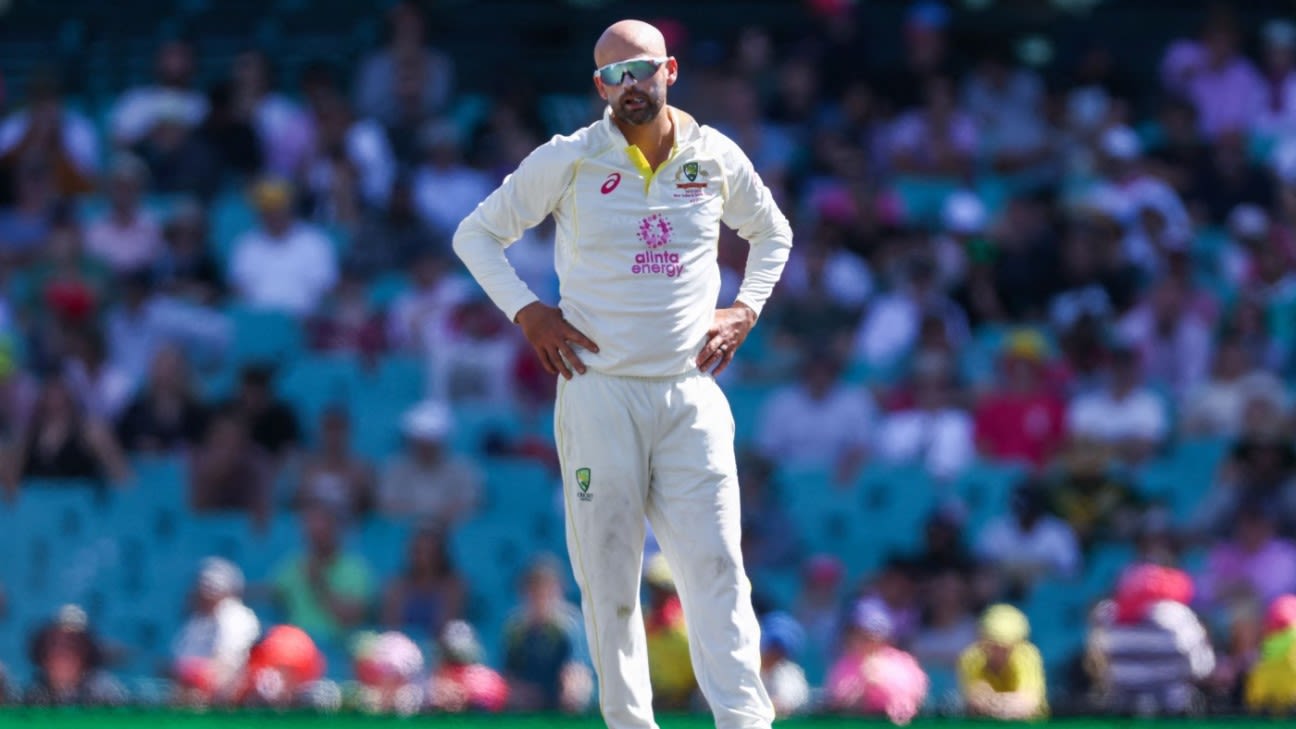 It was a pair of spinners who played the decisive hand on the final day at the SCG, but not the two Australia had hoped for.
The defiance shown by Keshav Maharaj and Simon Harmer, while not saving the follow-on, took enough time out of the game that Australia could not force a result with just 47 overs remaining.

It was always going to be a tall order for the home side to take 20 wickets in a day-and-a-half when play finally resumed on Saturday, but six wickets by the close yesterday had raised hopes. Missing four catches of varying difficulty on the final day did not help their cause.

However, the pitch was effectively a day-three surface because of the time lost to rain and it may have broken up further if the game had been played in warm sunshine, but having been billed as the closest conditions Australia would get to India ahead of their tour next month, Pat Cummins admitted it did not quite play out that way.

“The wicket probably didn’t play exactly as we would have thought, hoping it would have broken up a bit more, spun a bit more,” he said. “Don’t know how much of that is a misread, how much of it was the weather of the last few days and not full days of traffic. Probably wasn’t a classic India wicket we might expect.”

Across both innings it was the pace of Cummins and Josh Hazlewood who provided the main threat with the pair finding challenging reverse swing although Nathan Lyon bowled without reward and without luck. A number of line-ball decisions not going his way as he ended with 2 for 120 off 55 overs. It continued the trend of the SCG being among his least successful venues at home.
Even taking into account that the pitch did not wear as much as it could have done, it was not a profitable return to the Test side for Ashton Agar. Across the two South Africa innings which amounted to 149.5 overs, he was given just 22. When asked about the balance of the side, Cummins said another quick would “potentially” have been handy although he suggested it would have come at the expense of Matt Renshaw, not Agar.

There was a nod to the forthcoming India tour when Agar was given the new ball in the second innings but he struggled for consistency. Two further short spells followed as the game drifted to the draw with Cummins saying this match had never been a test-bed for India tour selection.

“He’ll absolutely be there,” Cummins said. “It wasn’t an audition at all, this wicket was a bit different to India. Wasn’t really spinning out of the middle of the wicket. Sometimes an Indian wicket really breaks up from the middle of the wicket and the left-arm orthodox becomes a bit more effective against right-hand batters. Thought he did really well, there were…three [four] wickets for spin for the game. Wasn’t easy for him but thought he did his role really well.”

Coach Andrew McDonald has previously admitted there’s a bit of a leap into the unknown given Agar’s lack of first-class cricket over recent years. This was just his fourth first-class match since 2021 and with the BBL currently taking place there won’t be any further red-ball opportunity before the squad departs in late January.

Agar would likely have played in Sri Lanka last year if he hadn’t picked up a side strain and Australia believe a left-arm spinner is a key part of their make-up for India. The only other genuine option in the domestic game is Queensland’s Matt Kuhnemann who featured in the limited-overs leg in Sri Lanka. It is very unlikely they will include two left-arm spinners in the squad.
For Kuhnemann, like Agar, there is a problem of the lack of first-class game-time although his is caused by rarely playing alongside Mitchell Swepson for Queensland. He has had one Sheffield Shield game this season, although did take four wickets against the South Africans in the warm-up match that did not carry first-class status.

“Think we’ve given ourselves the best chance,” he said. “[It was] another fantastic summer…the way our batting group has stood up has been fantastic. Other than this game in a shortened time frame we’ve been able to get 20 wickets each Test in different circumstances. Feel like we are adapting really well, having the experience of Pakistan and Sri Lanka last year has put us in really good stead knowing no one is going in blind. Think we’re as good a chance as we’ve ever been.”