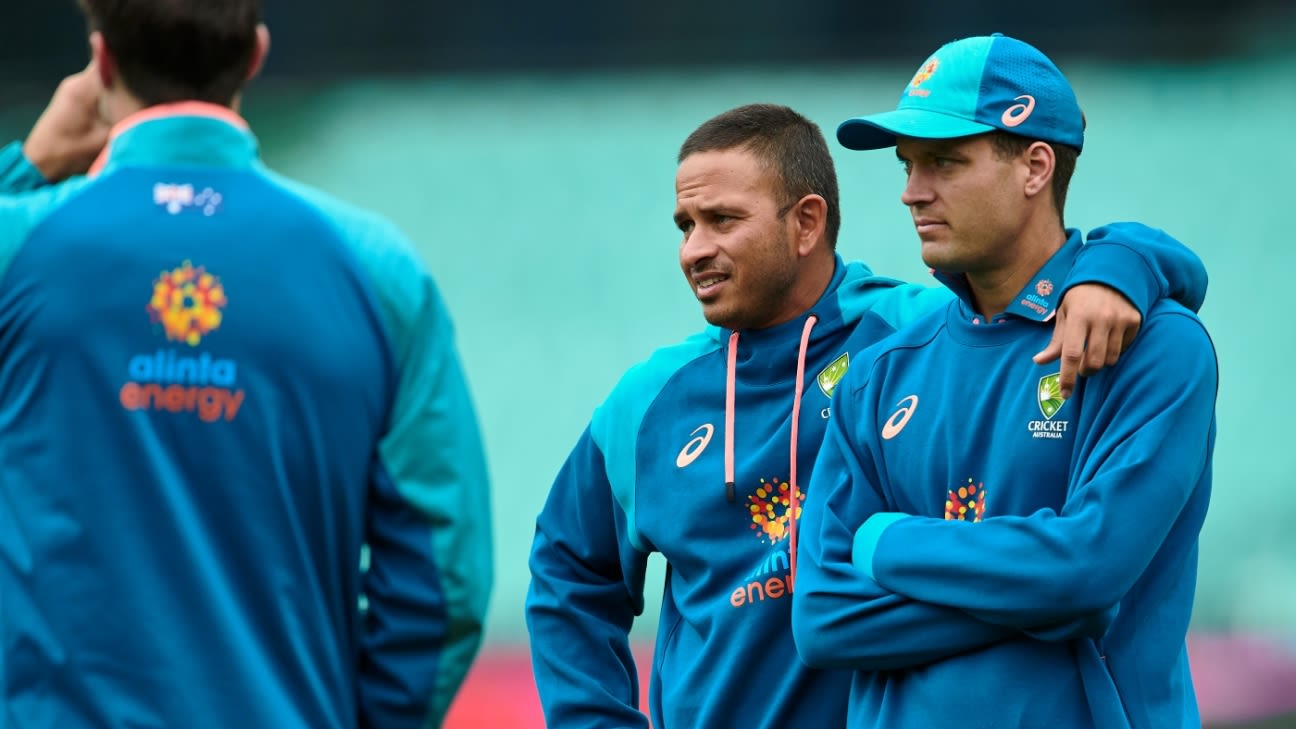 The declaration meant Usman Khawaja remained stuck on his highest Test score of 195. It reinforces Australia’s bold bid for a series sweep and to secure a spot in the World Test Championship final in June.

Gerry Alexander and Rahul Dravid are the only other captains in Test history to declare with batters in the 190s – Frank Worrell on 197 in Bridgetown and Sachin Tendulkar on 194 in Multan.

Matt Renshaw was 5 not out in his first Test match since 2018 having tested positive for Covid-19 before play on day one. He returned negative rapid antigen tests yesterday and this morning.

Four straight sessions have been lost with the third Test frustratingly grinding to a halt on the back of day three being abandoned without a ball being bowled.

Heavy downpours lashed Sydney on Friday with 56mm of rain recorded to continue a run of rain-affected matches at the traditional SCG New Year’s Test. Forty-nine overs were lost to rain and bad light on the opening two days.

Sydney’s forecast is better for the remainder of the day before sunny conditions on Sunday. There are 59 overs remaining today and 98 overs to be bowled on day five.

Australia’s formidable innings was built on a 209-run second-wicket partnership between Khawaja and Steven Smith. It was their 10th century partnership from just 33 innings and highest stand, overtaking their 188 against England at the SCG in 2018.

Having moved past Sir Don Bradman on the career Test century list with his 30th ton, Smith fell for 104 while Marnus Labschagne and Travis Head contributed half-centuries.

A flagging South Africa are increasingly likely to escape defeat although their struggling batting order at some stage will have to face the music against a new-look Australia attack featuring recalled quick Josh Hazlewood and spinner Ashton Agar, who is playing his first Test since 2017.