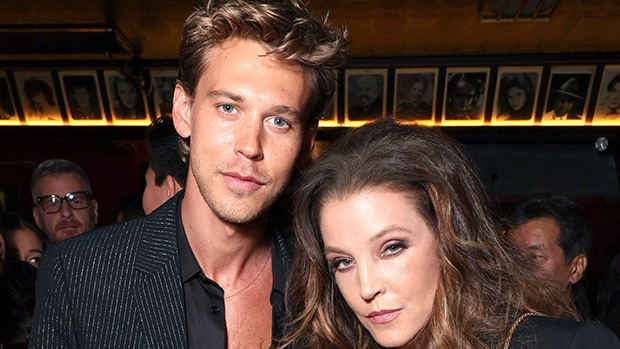 Elvis star Austin Butler, 31, released a bittersweet statement after he was nominated for an Oscar on January 24. The actor told The Hollywood Reporter that his greatest reward from starring in the Elvis Presley biopic was how proud it made Priscilla Presley and Lisa Marie Presley, who died less than two weeks before the Academy Award nominations were announced. “Those moments when Lisa Marie and Priscilla got to see the film and then I first saw them after… nothing I would do would ever top that,” Austin said in his statement. “And especially with Lisa Marie not being here with us. I just wish she was here to celebrate today with us,” he added.

Lisa Marie, Elvis’ only child, passed away at the age of 54 on January 12 after suffering cardiac arrest at her Calabasas, California home. Just days before her death, Lisa and Priscilla, 77, attended the Golden Globe Awards, where they watched Austin win for Best Actor in a Motion Picture Drama. Austin, now a first-time Oscar nominee, described the late Lisa Marie as “the most straightforward and supportive person,” in his statement to THR.

“I know from all the times that we got to celebrate together how we would celebrate today, you know, and I wish she and Elvis were here to get to experience this time,” Austin said. “It really puts things in perspective to where ultimately, the thing I’m most grateful for is that I was able to spend the time that I had with Lisa Marie, and also the time that I had in getting to live for three years exploring the life of her father,” he added. “When I see moments like today or when I feel moments like today, I have to really take a second to go, ‘Okay, this is this is something to be really grateful for.’ “

Austin went on to say that he’ll “cherish” the moment when Lisa Marie watched Elvis for the first time “for the rest of my life.” The Disney Channel alum also shared that he found himself after playing Elvis on the big screen. “To now be here, I just feel relieved and grateful and joyous. The peaks are really high right now, the valleys are very low,” he said. “But that’s what makes life feel vibrant.”

After Lisa Marie’s passing, Austin attended her funeral at the Presley family’s historic Graceland home in Memphis, TN on Sunday, January 22. He was joined by his girlfriend Kaia Gerber, 21, who held Austin’s hand as they arrived at the memorial. Austin was heartbroken by Lisa Marie’s death, as indicative from his rep’s statement to HollywoodLife after Elvis’ daughter had passed.

“My heart is completely shattered for [her children] Riley [Keogh], Finley, Harper and Priscilla at the tragic and unexpected loss of Lisa Marie,” the statement on behalf of Austin read. “I am eternally grateful for the time I was lucky enough to be near her bright light and will forever cherish the quiet moments we shared. Her warmth, her love and her authenticity will always be remembered.”