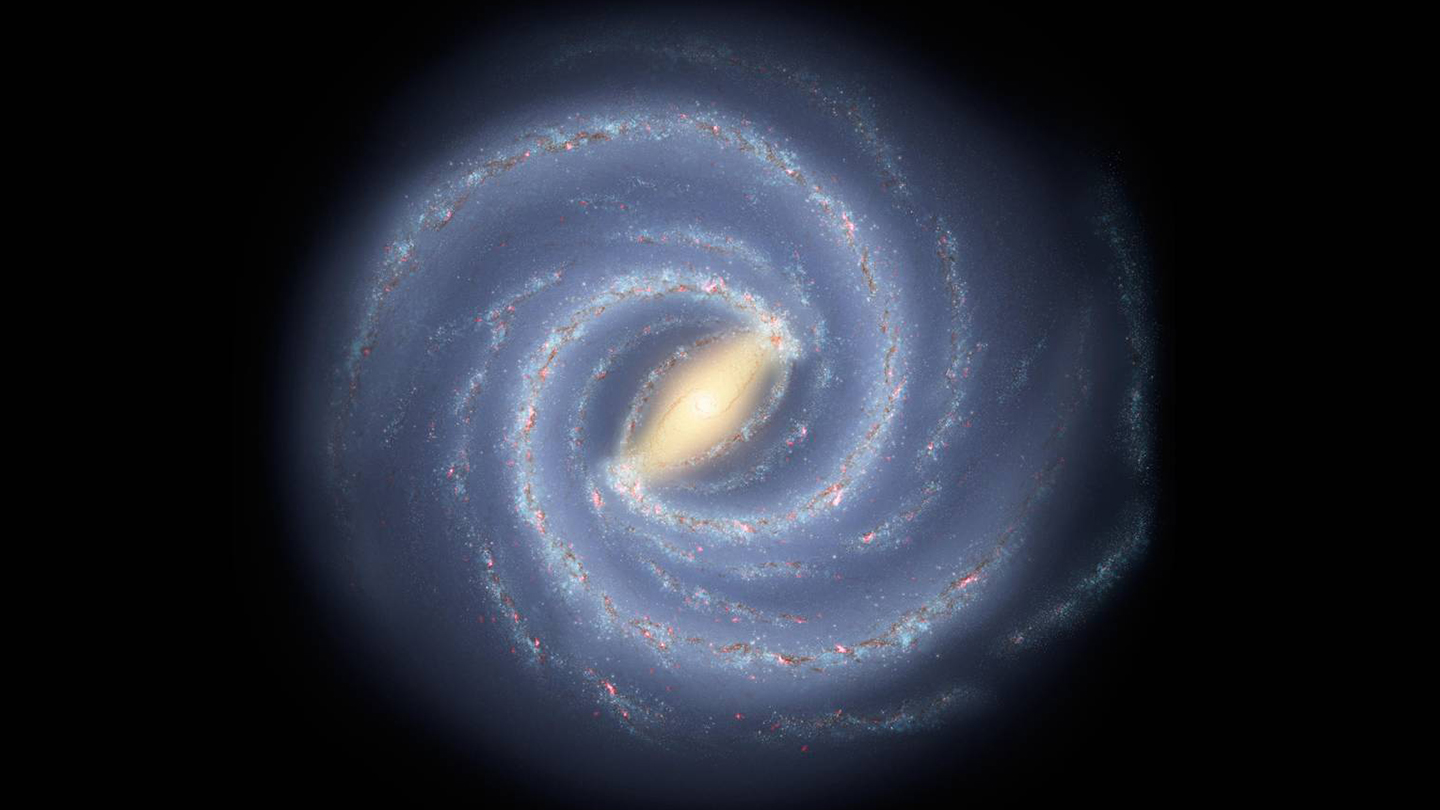 The Milky Way has a “feather” in its cap.

A long, thin filament of cold, dense gas extends jauntily from the galactic center, connecting two of the galaxy’s spiral arms, astronomers report November 11 in the Astrophysical Journal Letters. This is the first time that such a structure, which looks like the barb of a feather fanning off the central quill, has been spotted in the Milky Way.

The team that discovered our galaxy’s feather named it the Gangotri wave, after the glacier that is the source of India’s longest river, the Ganges. In Hindi and other Indian languages, the Milky Way is called Akasha Ganga, “the river Ganga in the sky,” says astrophysicist Veena V.S. of the University of Cologne in Germany.

She and colleagues found the Gangotri wave by looking for clouds of cold carbon monoxide gas, which is dense and easy to trace, in data from the APEX telescope in San Pedro de Atacama, Chile. The structure stretches 6,000 to 13,000 light-years from the Norma arm of the Milky Way to a minor arm near the galactic center called the 3-kiloparsec arm. So far, all other known gas tendrils in the Milky Way align with the spiral arms (SN: 12/30/15).

The Gangotri wave has another unusual feature: waviness. The filament appears to wobble up and down like a sine wave over the course of thousands of light-years. Astronomers aren’t sure what could cause that, Veena says.