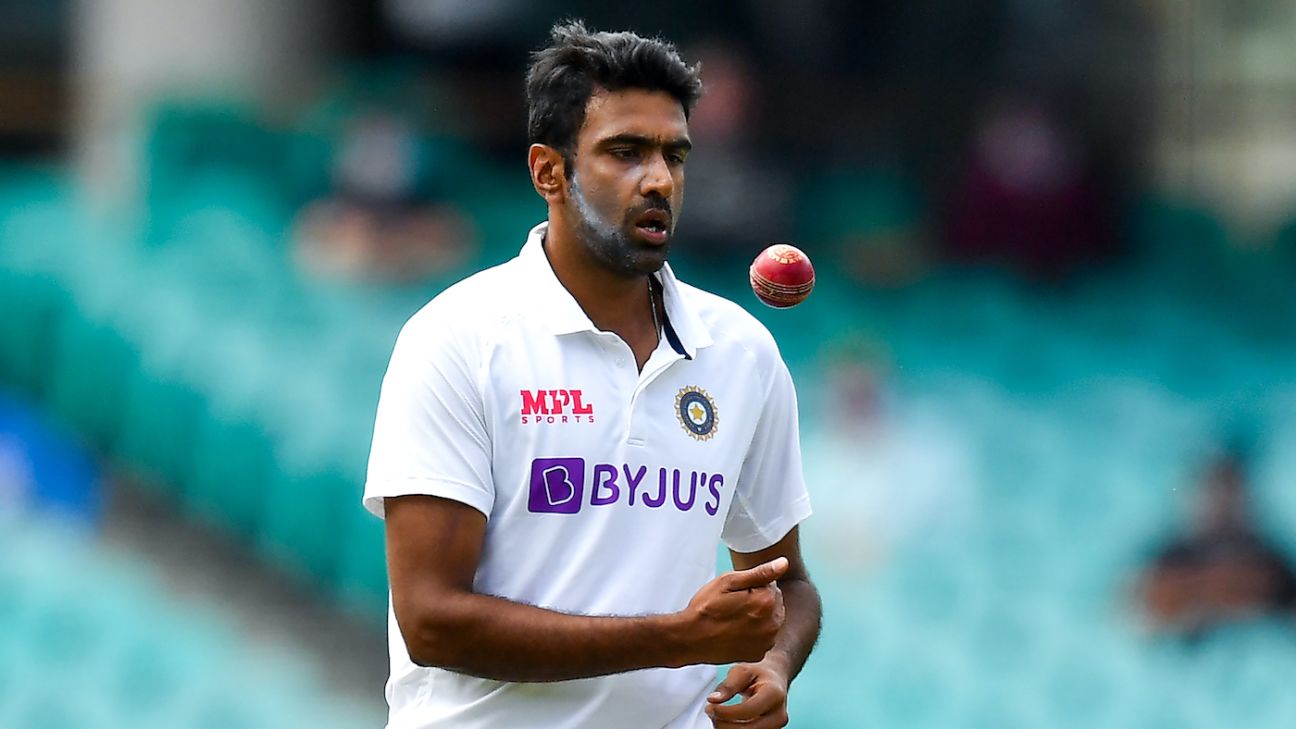 The offspinner, though, will need a work visa to play county cricket

R Ashwin will play a County Championship match for Surrey – provided he gets the required work visa on time – before re-joining the Indian team. While Ashwin is in England already for the Test series that will start in August, he will need a work visa to play county cricket. Both parties are confident it will be done in time for the match starting July 11.

The Indian squad is currently on a break before it gets back together to prepare for the five-match Test series against England starting August 4 with the Trent Bridge game. Ashwin will play against Somerset at The Oval, which will host the fourth Test of the series. Ashwin’s match against Somerset is scheduled to end on July 14, the day the India team reconvenes.

As of now, India have no tour games scheduled before the Tests. They haven’t been big fans of side games in recent years because there had been a trend of hosts not wanting to help visitors out by giving them tough opposition to practise against. Barring Australia last year, where they got a game against a strong Australia A, India have tended to prefer intense nets sessions to side games.

However, reports suggest that India have now made a late request for a tour game or two before they get to Nottingham for the first Test. India captain Virat Kohli didn’t seem pleased they didn’t get first-class games in preparation for the Tests. After India lost the World Test Championship final to New Zealand, a side that had already played two Tests in England before the final, Kohli made a cryptic statement that his side hadn’t got what it wanted.

“Well, that doesn’t depend on us,” Kohli said in the post-match press conference when asked if he would have preferred to play side games instead of intra-squad matches. “We obviously wanted first-class games, which I believe have not been given to us. I don’t know what the reasons for that are. But yeah, other than that, I think our preparation time will be ample for us to be ready for the first Test.”

In that regard, the experience of getting a full first-class match – at a venue that will host a Test – for Ashwin will be welcomed from India’s point of view. His skills come at a good time for Surrey too. Teams in the County Championship are permitted two overseas players in their XI, and while Surrey already have two registered in Hashim Amla and Kyle Jamieson, Jamieson is an injury doubt for the Somerset fixture after injuring his glute in the ongoing game against Hampshire, in which he bowled only six first-innings overs.

Ashwin has represented Nottinghamshire and Worcestershire in the past.

Rishabh Pant returns to India camp after recovering from Covid-19

Avesh Khan all but out of England tour

Charith Asalanka: Team and coaches ‘all emotional’ after loss