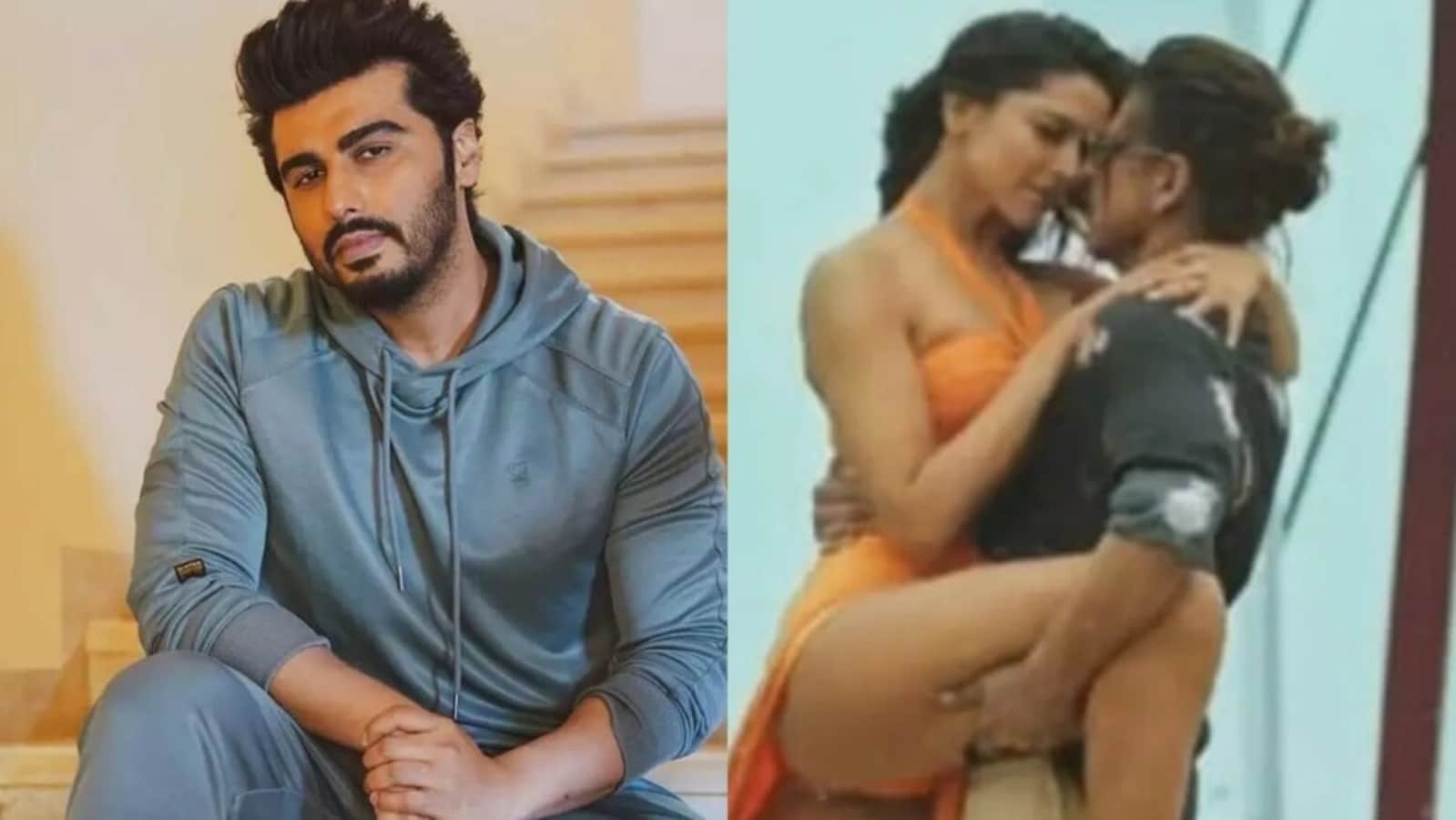 Actor Arjun Kapoor has reacted to the controversy that the upcoming film Pathaan has been facing since the release of Besharam Rang, the first song of the film. In a new interview, Arjun revealed if these controversies bother him as he too works in the Hindi film industry. The actor said that one shouldn’t give ‘undue importance to things that create unnecessary banter and chatter’. (Also Read | Tabu can’t stop laughing, Arjun Kapoor smiles as they spend time with puppies ahead of Kuttey’s release)

Talking about artists, he said that it’s their job to do what is needed for a film and then give pass it over to the people to decide. He also said that people should trust the process and the rules in a democracy.

Speaking with India Today, Arjun said, “I think the fact that we are discussing it will give undue advantage to it at this point. We have to trust our censor board and the central government as they operate together. I think everybody has a right to an opinion in a democracy, but we as artistes have to do what the film demands and have to stick to that authenticity. I don’t think we need to get caught up in a question that gives undue importance to things that create unnecessary banter and chatter.”

He added, “Our job should always be to do what is needed for the film and then give the film to the people who can decide what offends them and what doesn’t. I think we have followed that for a long time. Every film that gets made has to follow a process, even our film is no exception. We should just trust the process and the rules in a democracy.”

Pathaan‘s first song Besharam Rang faced criticism after its release on December 12 last year. The song has already reached 50 million views on YouTube. The song, which features Deepika Padukone and Shah Rukh Khan, shows the actors in saffron and green outfits which led to protests by a section of the people.

Apart from Shah Rukh and Deepika Padukone, the film also stars John Abraham. Directed by Siddharth Anand, Pathaan is scheduled to release on January 25 in Hindi, Tamil and Telugu. The trailer of the film will be unveiled on Tuesday.

Arjun will be seen in Kuttey, which marks the directorial debut of Vishal Bhardwaj’s son Aasman Bhardwaj. Kuttey is all set to release on January 13. The film also stars Tabu, Radhika Madan, Konkona Sensharma, and Naseeruddin Shah.

Arjun also has a thriller film The Ladykiller opposite Bhumi Pednekar. Fans will also see him in an untitled romantic comedy film opposite Bhumi and Rakul Preet Singh.