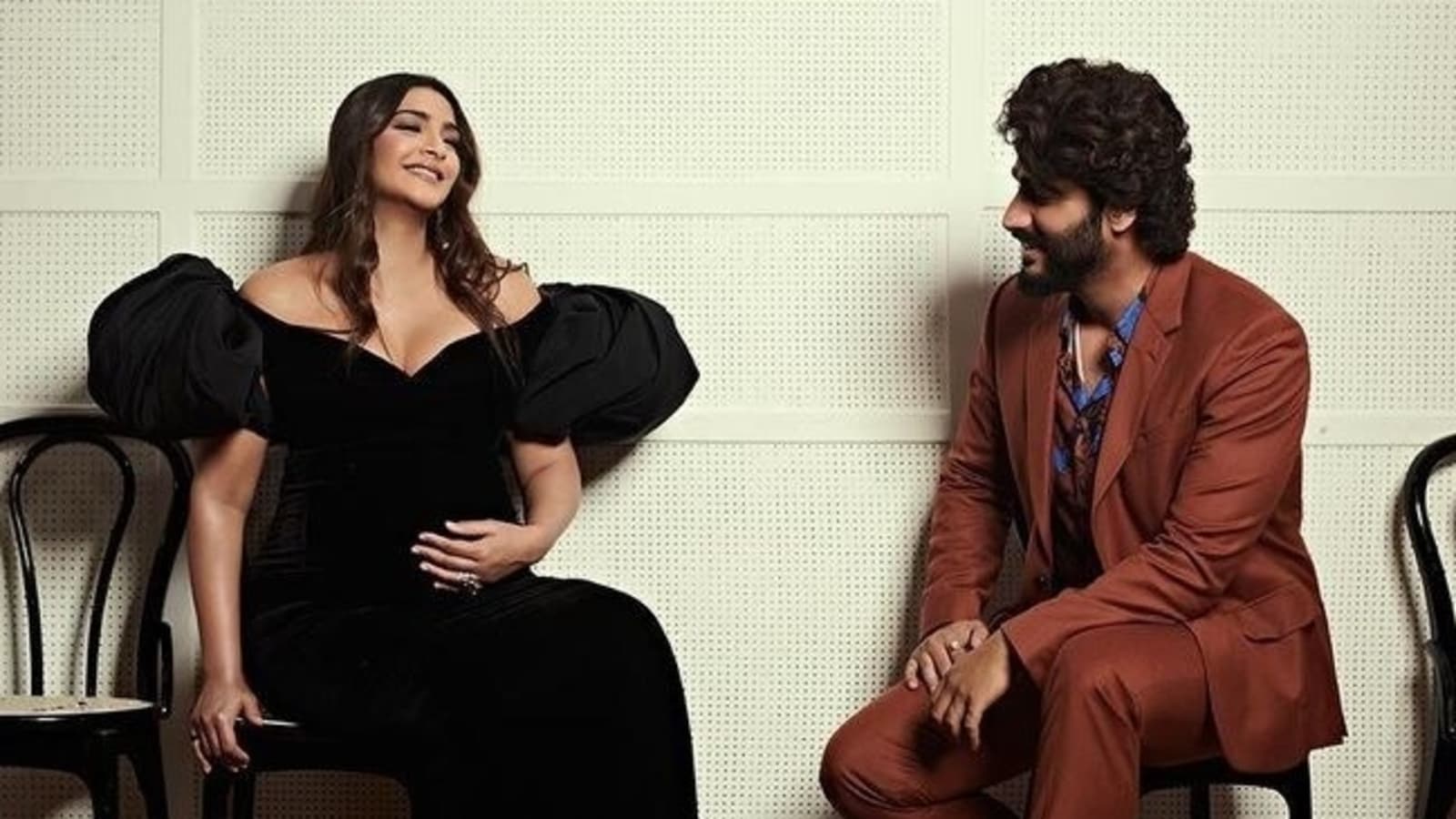 Arjun Kapoor has shared the sweetest post for cousin Sonam Kapoor. He shared a candid behind-the-scene picture with Sonam from the sets of Koffee With Karan. He expressed his amazement at how she is all ‘grown up’ and is even a mother now.

Sharing the picture on Instagram, Arjun Kapoor wrote, “Look who’s all grown up and is a mother now!!! OMG it’s you @sonamkapoor.” It shows Sonam in an off-shoulder black gown, sitting on a chair with her hand on her baby bump. She is seen chatting with Arjun, who is seated on a chair beside her in an orange suit paired with a printed blue shirt.

During their appearance on Koffee With Karan, Sonam and Arjun were seen getting into a playful conversation and sharing secrets about each other. Sonam had asked Arjun to tell “the most annoying thing” about her and he had replied, “You don’t wait for anybody else to give you a compliment, you just give yourself a compliment. Am I not looking good? Am I not looking gorgeous in this dress? I am looking beautiful”. She said she got the habit from her father.

Sonam had also left Arjun embarrassed when Karan Johar asked Sonam about how many of her friends her brothers had dated. She said “between my brothers, there is no one left,” leaving him and even Karan shocked.

Sonam and husband Anand Ahuja welcomed a baby boy on August 20. She had flown down from London for her delivery. In an announcement note, Sonam and Anand wrote, “On 20.08.2022, we welcomed our beautiful baby boy with bowed heads and open hearts. Thank you to all of the doctors, nurses, friends and family who have supported us on this journey. It’s only the beginning, but we know our lives are forever changed.”