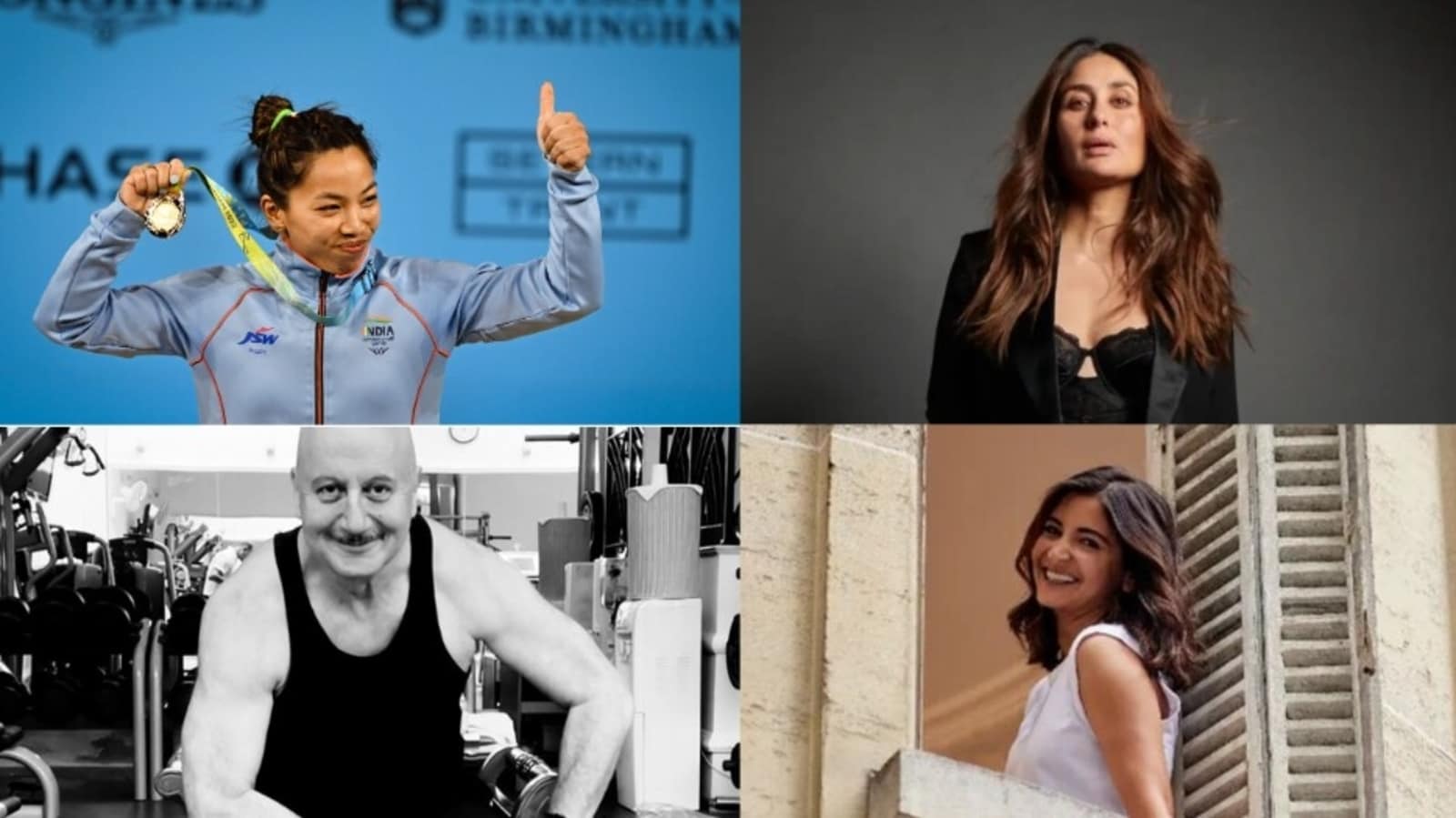 Taking to Instagram, Anupam Kher shared clips of Mirabai weightlifting and then receiving the gold medal. He also posted photos of Mirabai. Sharing the post, Anupam wrote in Hindi, “@mirabai_chanu has made the country proud by winning the gold medal at the 2022 #CommonwealthGames. She has increased our reputation all over the world. Have made us proud!”

He also added, “Your victory will inspire all of us and especially the youth! Hearty congratulations! Long live Mother India! Jai Hind! Every time our #NationalAnthem plays at such events I feel choked with emotions!”

Taking to her Instagram Stories, Shilpa Shetty shared pictures of Mirabai and Sanket Sargar, who won the silver medal in the Men’s 55 kg final, after their win. She wrote, “Massive congratulations to @mirabai_chanu and #SanketSargara for making India proud at the #Commonwealth2022 Games. Jai Hind.”

Kareena Kapoor, on her Instagram Stories, shared a photo of Mirabai lifting the weight. She shared fire and muscle emojis with her message. Kareena wrote, “Legend”, and tagged Mirabai while adding the hashtag ‘CWG 2022’.

On Twitter, Taapsee Pannu wrote, “And Mirabai did it !!!!!! (clapping hands emojis) #CWG2022 it’s a gold!!!” On Instagram Stories, Tamannaah Bhatia shared a photo of Mirabai and wrote, “Congratulations Champion @mirabai_chanu for winning the first Gold medal for India at the Commonwealth Games 2022.”