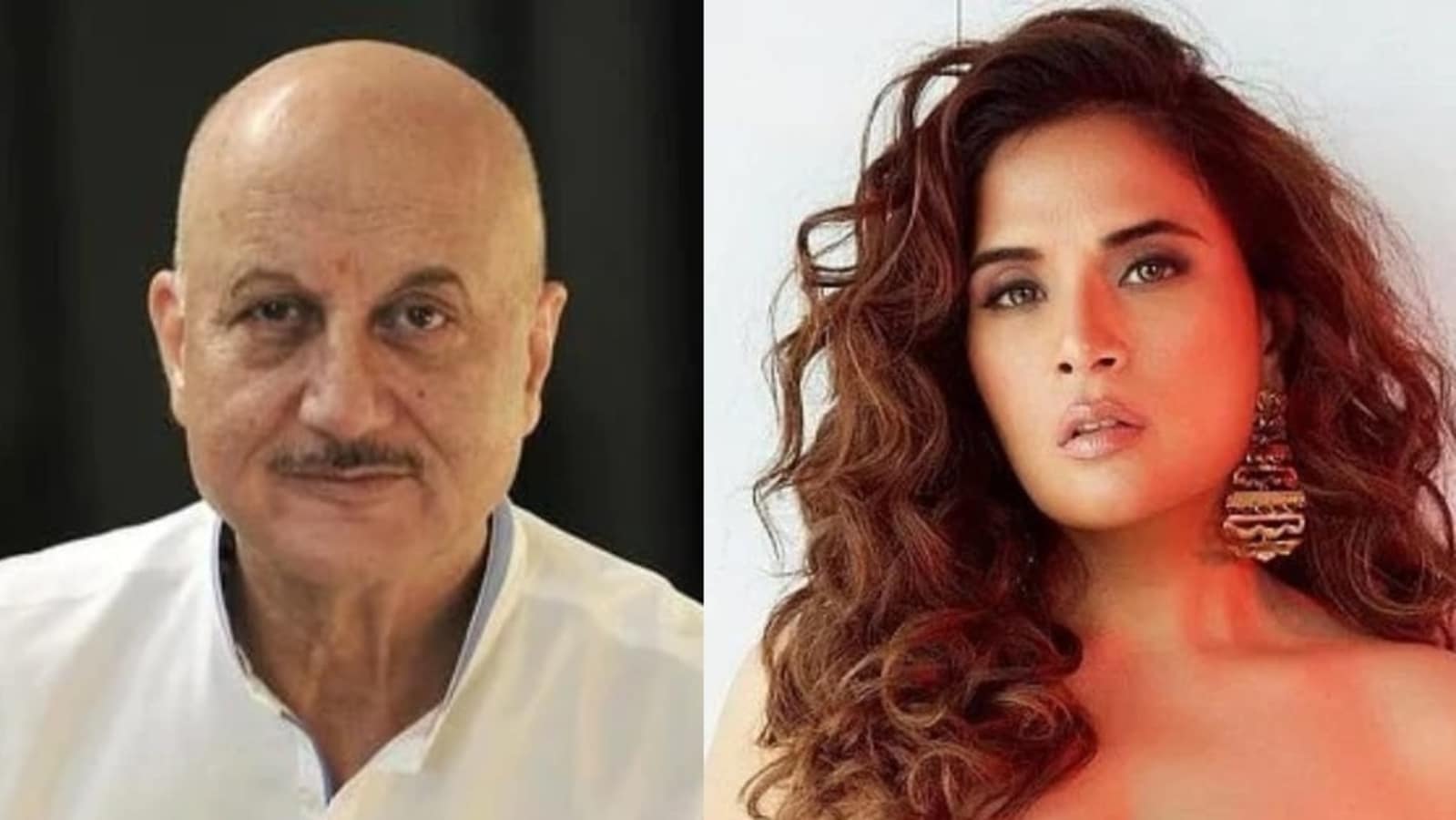 On Saturday, actor Anupam Kher took to Twitter to share the screenshot of actor Richa Chadha’s tweet on Galwan as he reacted to it. He said speaking ill about the country was the ‘work of cowards’. Anupam also said there was nothing more ‘shameful’ than offending the Indian Army. Earlier, actors Akshay Kumar and Kay Kay Menon had also reacted to Richa’s now-deleted tweet on the 2020 Galwan Valley clash. Actor Ranvir Shorey too reacted to Richa’s ‘irresponsible’ tweet. Also read: Kay Kay Menon reacts to Richa Chadha’s Galwan tweet, says ‘least we can do is to behold respect towards such valour’

Anupam Kher tweeted, “Desh ki burai karke kuch logon ke beech lokpriya hone ki koshi karna kayar aur chote logon ka kaam hai. Aur sena ke samman ko daav par lagana… isse zyada sharmnaak aur kya ho sakta hai (trying to become popular among some people by talking badly about your country is the work of cowards and small people. And putting the honour of the army at stake… what can be more shameful than this).” Many on Twitter reacted to Anupam’s statement on Richa. One person tweeted in Hindi, “We are proud of you for this.” A person also wanted to know why other celebs were not criticising Richa’s tweet about the 2020 Galwan Valley clash.

On Saturday, Ranvir also tweeted, “Making jibes at the sacrifices that our armed forces make for our country just to score brownie points with dislodged politicians, or to fit in their ‘intellectual’ cliques, is plainly daft and irresponsible as a citizen. Forever grateful to our jawans…”

On Thursday, Richa had tweeted, “Galwan says hi” in response to the Northern Army Commander Lt General Upendra Dwivedi’s statement that the Indian Army is “waiting for orders from the govt (sic)” in reclaiming Pakistan-occupied Kashmir (PoK). Akshay Kumar was one of the first celebs who reacted to Richa’s tweet. He tweeted, “Hurts to see this. Nothing ever should make us ungrateful towards our armed forces. Woh hain toh aaj hum hain (they are there so we exist).”

Earlier, after facing criticism for her tweet, Richa Chadha had issued an apology and said she did not intend to offend the Indian Army. Her tweet read, “Even though it can never be my intention in the least, if the 3 words which are being dragged into a controversy have offended or hurt anyone, I apologise and also say that it would sadden me if even unintentionally my words have triggered this feeling in my brothers in the Fauj (army) of which my own Nanaji has been an illustrious part.”