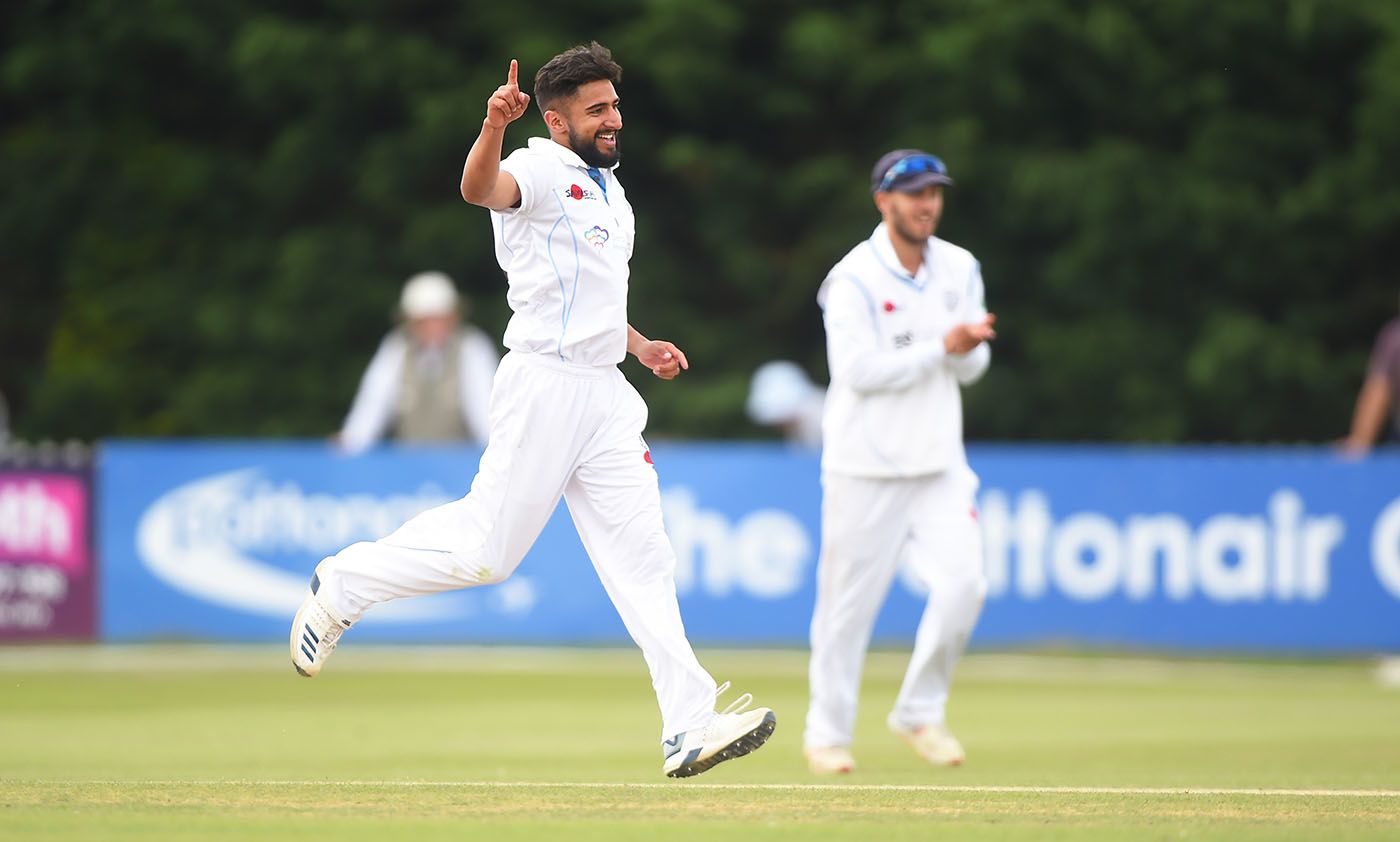 Anuj Dal completed a superb all-round performance with a crucial intervention with the ball as Derbyshire overcame Worcestershire by 98 runs in the LV=Insurance County Championship match at New Road.

Dal followed up a first-innings fifty and then a superb century with a career best return of 5 for 40 off 15 overs as Worcestershire were dismissed for 190 in 64.1 overs.

The all-rounder initially struck three times in the space of seven balls to break Worcestershire’s resistance after they had resumed on 108 for 5 in pursuit of a 289 target.

He made the crucial breakthrough when trapping Jack Haynes lbw for 45 after a partnership of 92 with Gareth Roderick (53 not out).

Dal then sent back Joe Leach, and Josh Baker in quick succession to effectively seal a third Championship win of the campaign for the Peakites.

It capped a tremendous fightback by the visitors who faced several positions of adversity in the game.

They showed the character and spirit instilled into them by Head Coach, Mickey Arthur, since he arrived at the Incora County Ground this season.

Derbyshire are now firmly in the race for a promotion spot for when they return to Championship action after the Royal London Cup.

But Worcestershire were left to reflect on failing to press home a position of strength for the second home game.

They had established a first-innings lead of 132 against Glamorgan and ended up being edged out by three wickets on a bowler-friendly surface.

This time they reduced Derbyshire to 14 for 5 in their first innings and then 92 for 5 in the second when their lead was just 37.

A third defeat of the campaign was a blow to their own promotion hopes.

Haynes and Roderick were relatively untroubled during the opening hour of the day but the introduction of Dal at 143 for 5 started a swift decline by Worcestershire.

Haynes had battled away for nearly three hours for his 45 before he pushed forward to Dal and was lbw.

Leach lasted only two balls before he drove at Dal and picked out Hilton Cartwright at cover.

Baker lost his off stump after offering no shot and keeper Brooke Guest claimed his ninth catch of the match from a Dillon Pennington edge.

Roderick had time to complete his maiden Championship half century for Worcestershire off 126 balls before Muhammed Hasnain edged Sam Conners to second slip to seal Derbyshire’s win.