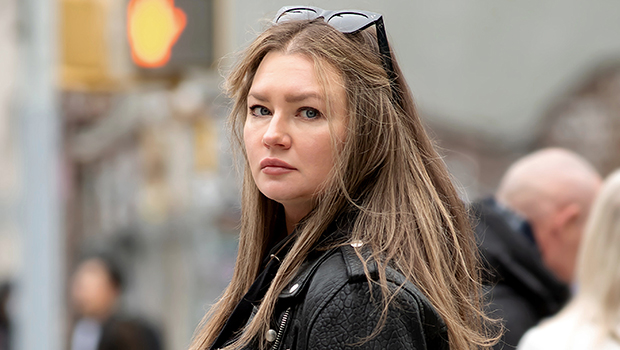 Everyone should be familiar with Anna Delvey, the con-artist who served prison time for scamming New York’s elite as a fake German heiress. Her story was told in the Shonda Rhimes scripted miniseries Inventing Anna, which was based on Jessica Pressler‘s New York article, “Maybe She Had So Much Money She Just Lost Track of It.” Anna is now out of prison and the 31-year-old is developing a reality show about her life with her attorney, Duncan Levin. Anna teased what’s in store for her show in an EXCLUSIVE interview with HollywoodLife.

“I am very pleased to share my artistic ventures with the public,” the ex-con, whose real name is Anna Sorokin, told HL. “I appreciate the tremendous outpouring of support that I have gotten,” she added.

Anna, who spent 4 years in prison on charges of grand larceny, attempted grand larceny, and theft of services, said she feels “so lucky to have the opportunity for people to see the real me” in the upcoming show. As for how this project will change Anna’s life moving forward, she told us, “It will be amazing to be in business and I really look forward to earning a living doing something love.”

Anna was born a Russian immigrant, but she pretended to be a German heiress with a $67 million trust fund as she deceived Manhattan’s elite and defrauded hotels, restaurants, a private jet operator, and banks out of around $275,000 over the course of 10 months. She was released from prison in Feb. 2021 on good behavior, but six weeks later she was taken into ICE custody for overstaying her visa. She was released from ICE custody in October 2022 with help from her attorney.

HollywoodLife also spoke to Anna’s attorney, Duncan Levin, who explained why this project will show more of the real Anna than the Netflix show that featured Emmy Award winner Julia Garner in the lead role. “In her [Anna’s] case, there are so many who had the wrong perception of her, or at least a perception that is very much based on the Netflix series,” Duncan said. “I have found Anna to be a very complex and talented person.”

Duncan also told us a little bit about the concept of Anna’s upcoming show. “While the press has called the show concept a reality show, it is likely to look much more like an art and design show that she curates and runs,” he explained. “As one can imagine, there are several moving pieces to the opportunities that Anna is fielding and considering.”

Aidan Bryant: 5 Things To Know About The 18-Year-Old Aerialist Returning For ‘AGT: All-Stars’