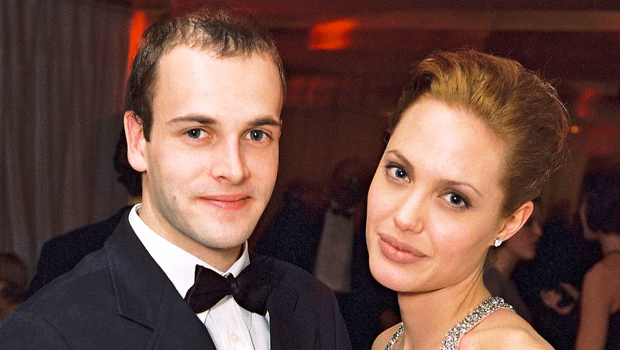 Angelina Jolie and her ex-husband Jonny Lee Miller were spotted riding in a car together after enjoying dinner at a restaurant in Beverly Hills, CA on Monday night, just a couple of months after she was seen at his NYC apartment.

Angelina Jolie, 46, and Jonny Lee Miller, 48, once again raised eyebrows when they went on a dinner outing on Oct. 11. The former lovebirds stopped at a restaurant, where they enjoyed a meal together, in Beverly Hills, CA and were photographed sitting in a car while leaving. She was dressed in a stylish black coat and added a black face mask to the look while he wore a green coat and blue face mask. Check out the pics HERE!

The recent outing comes just a few months after Angelina made headlines for stopping by the actor’s New York City area apartment more than once in the summer. She first showed up to the residence by herself in June and brought in an expensive bottle of Peter Michael wine. A few days later, she was spotted taking her son Pax, 17, whom she shares with ex Brad Pitt, 57, to the apartment.

Although it’s unclear why Angelina visited Jonny’s apartment, their latest outing seems to prove the two are either still good friends or may be rekindling an old flame. They were married from 1996 until 1999 after first meeting on the set of the film Hackers in 1995 and they made headlines during their nuptials due to reports stating Angelina actually used her own blood to write Jonny’s name on a white shirt she borrowed from him for their wedding.

After their split, Angelina expressed a bit of regret when she reported told the Calgary Sun that they had a good marriage. “Jonny and I never fought and we never hurt each other. I really wanted to be his wife. I really wanted to commit,” she explained to the outlet, according to The Mirror.

Before her latest dinner date with Jonny, Angelina made headlines for being spotted on a few dinner dates with The Weeknd, 31. It sparked a lot of dating speculation but neither of them have publicly commented on the nature of their relationship.