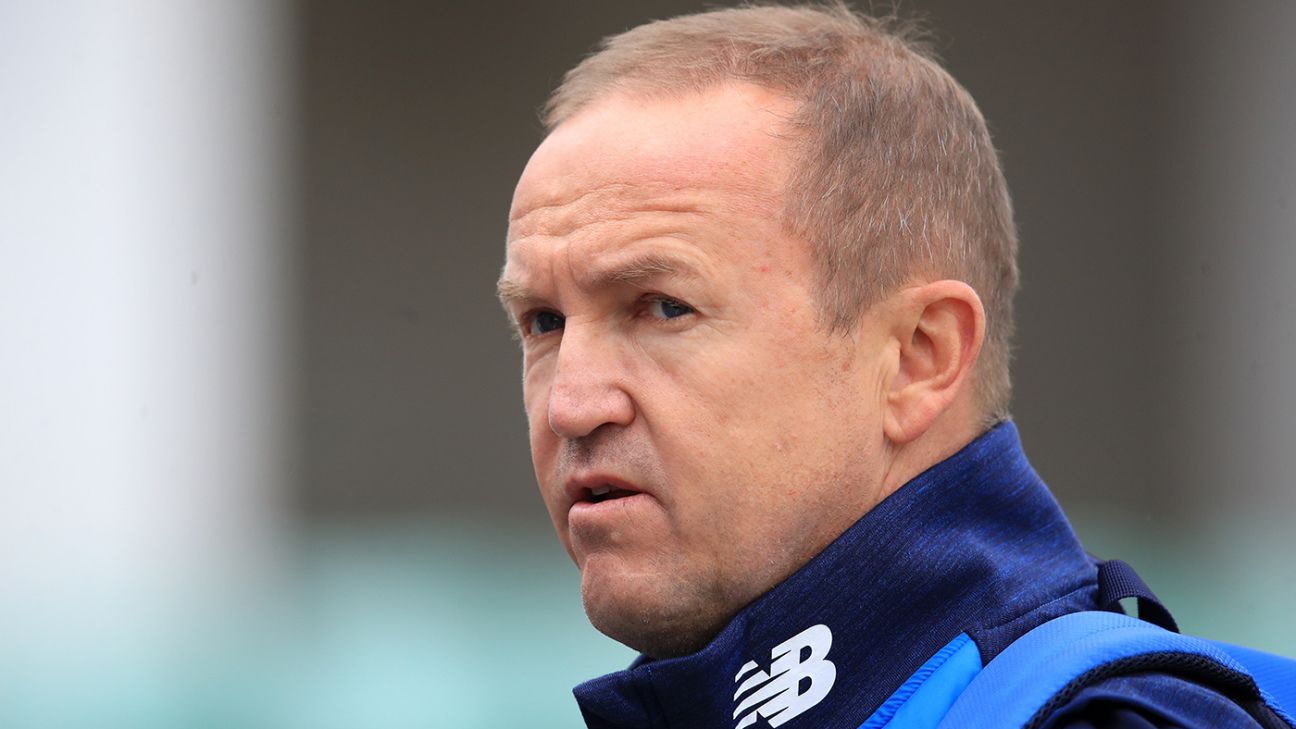 Andy Flower, the former Zimbabwe captain, has been named Afghanistan consultant for the T20 World Cup starting later this month.

An Afghanistan Cricket Board (ACB) release said Flower, who oversaw England men’s’s title-winning 2010 T20 World Cup campaign during his time as head coach between 2009 and 2014, entered the Afghanistan team bubble. He joins a coaching staff that also includes former Australia fast bowler Shaun Tait, who was appointed the bowling coach in August for a five-month tenure, and head coach Lance Klusener.

“We are delighted that Andy has joined ACB. Andy has worked with a number of our players in various franchise completions and his vast experience will be very beneficial and useful to help the team in the World Cup,” ACB chairman Azizullah Fazli said in a statement.

Flower, 53, represented Zimbabwe in 63 Tests and 213 ODIs between 1992 and 2003, and has been a sought-after coach on the franchise cricket circuit since his England stint. He has held coaching and consultancy positions in IPL, CPL, PSL, T10 and the Hundred.

Afghanistan departed Kabul for Doha, Qatar, on October 6 to take part in a preparatory training camp ahead of the T20 World Cup which will be played in the UAE and Qatar from October 17. Pooled in Group 2 alongside Pakistan, India, and New Zealand, Afghanistan are scheduled to play all their group matches of the tournament in the UAE. They kick off their campaign on October 25 in Sharjah.