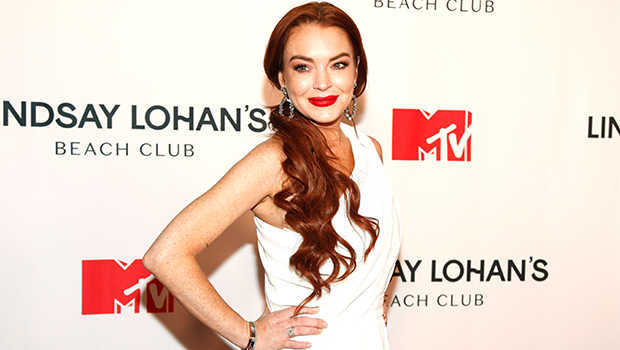 Is Lindsay Lohan heading to Bravo? Andy Cohen thinks it would be ‘a good idea’ to have her join ‘The Real Housewives of Dubai,’ which premieres in 2022.

Bravo is going international for its next iteration of Real Housewives to a place that Lindsay Lohan, 35, calls home. The Real Housewives of Dubai is set to premiere on the network in 2022, and fittingly, Lindsay has been living in Dubai for some time now. And if Andy Cohen had it his way, the A-list star would be among the inaugural group of Dubai Housewives. “I love that idea,” he told TMZ on Nov. 2. “I would love it. I love Lindsay Lohan.” Andy shared those same sentiments during his Nov. 4 interview on The Talk. “Let me tell you something. It’s a good idea, Jerry,” Andy, 53, told Jerry O’Connell about Lindsay coming on the show.

As Andy’s said already, the cast for The Real Housewives of Dubai has been selected but not yet announced. So there’s still a possibility that Lindsay appears — though it isn’t particularly likely. Regardless, Andy is pumped up about Bravo heading overseas to film its next crop of Housewives — especially because the residents of Dubai are rich, to say the least.

“It’s a billionaire’s playground,” he told The Talk co-hosts. “They’re a group of friends. It’s great. We haven’t announced the cast yet. But we’re really excited about them.” Andy went on to say that he’s “very excited” for viewers to see the new series because of the level of affluence that is present in the United Arab Emirates city. “The wealth there, I think, makes it something that people are going to be very curious about from the get-go,” he said.

If Lindsay did join the Dubai Housewives (again, not very likely), it wouldn’t be her first foray into reality television. Most notably, Lindsay had her own show on MTV called Lindsay Lohan’s Beach Club that aired early 2019. The series followed Lindsay expanding her business empire by managing her beach club in Mykonos, Greece with her business partner Panos Spentzos and the staff. The show wasn’t a huge hit for MTV, and sadly it was canceled after just one season.

The Real Housewives of Dubai was officially announced by Bravo on November 1. The cast should be announced within the coming months, and we have our fingers crossed that Lindsay Lohan makes the list!