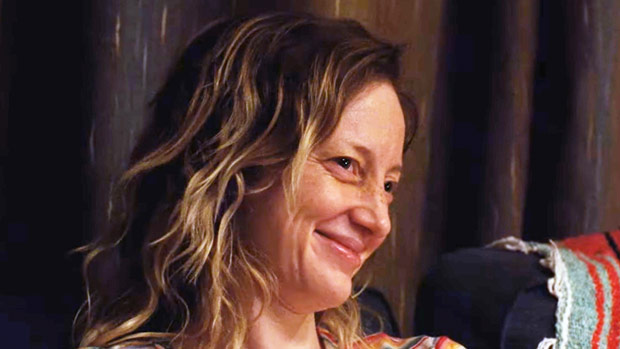 Andrea Riseborough was one of the surprise (but well-deserved) nominees when the 2023 Oscar nominations were announced on January 24. Her road to an Oscar nomination is an incredible one. After a stunning performance in the film To Leslie, Andrea was recognized by the Academy.

So, who is Andrea Riseborough? She has had many notable roles over the years. Here’s what you need to know about the 41-year-old actress.

1. Andrea is an Oscar nominee.

Andrea was among the nominees for Actress in a Leading Role when the 2023 Oscar nominations were revealed. She’s nominated for her performance as Leslie Rowlands in the critically-acclaimed indie film To Leslie. This is Andrea’s first-ever Oscar nomination.

Andrea’s nomination was grassroots campaign led by her co-star and fellow actors. Screenings of To Leslie were hosted by Charlize Theron, Courteney Cox, Edward Norton, Jennifer Aniston, and Minnie Driver for the Academy’s acting branch, according to Deadline. Kate Winslet moderated a post-screening Q&A and said Andrea gave the “greatest female performance on-screen I have ever seen in my life.” Marc Maron, one of Andrea’s To Leslie co-stars, hosted Andrea on his podcast WTF.

“I’m astounded,” Andrea told Deadline after her nomination. “It’s such an unexpected ray of light. It was so hard to believe it might ever happen because we really hadn’t been in the running for anything else. Even though we had a lot of support, the idea it might actually happen seemed so far away.”

She continued, “The response we’ve had all along has been so personal from people. You judge Leslie in some moments, you identify with her in others, and you go on so many journeys. It felt like there was a scope for it to touch so many people. It felt like the most natural thing in the world to do, to keep talking about it even if people weren’t very interested in it because as soon as they watched the film, they became instantly interested and couldn’t shake off the story. The film really drove itself in that way.”

2. Andrea is from England.

Andrea was born near Newcastle upon Tyne, England. She grew up in Whitley Bay and graduated from the Royal Academy of Dramatic Art.

Andrea starred in the 2014 film Birdman, which took home the award for Best Picture. She’s also starred in other films like Battle of the Sexes, Nocturnal Animals, and Matilda the Musical. Andrea will next be seen in the upcoming biopic Lee about photographer Lee Miller, who will be played by Kate Winslet.

4. Andrea is a stage actress as well.

5. Andrea has her own production company.

Andrea founded the production company Mother Sucker. She was inspired to start her own production company while trying to get out of a film. “I signed on and I was number one and I got there and I was number two, and the guy who had joined the film  – because I was on it, and I had encouraged him to do it – he was now the lead and it was a whole different film,” she told Metro.

She continued, “And so I was trying to get out of it as he was my mate, so I was on the phone to my lawyer, and I couldn’t get out of it or they would have sued me, so I started writing. And it was so angry and lyrical and fuelled with so much fire, and then I started this little company on paper Mother Sucker, and then we chipped away at it and the point has just been to give more opportunities to women in film.”