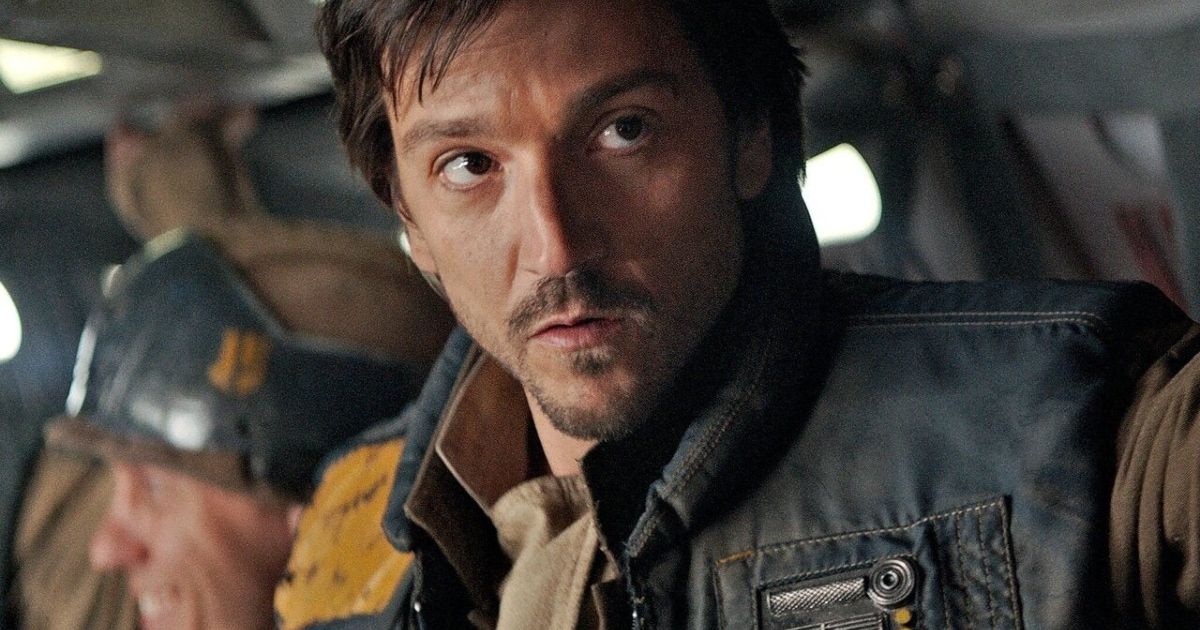 Disney+’s Obi-Wan Kenobi is a tough act to follow and will be even tougher to top. We got the beloved Ewan McGregor in top form for the titular role, lightsabers slashing away, yet another memorable droid, and some of the best Darth Vader we’ve ever seen. It’s arguably the best Star Wars content that Disney has cranked out since George Lucas handed over the $4 billion reigns in 2012. Disney might be angling to outdo themselves in short order with Andor, premiering on September 21, 2022, with a three-episode drop.

The second trailer for the series, set in the early days of the Rebellion, debuted on August 1, 2022. It gave us a more in-depth look at heroes, villains, and the ongoing struggle for freedom from the fearsome Galactic Empire. The series will follow the exploits of Cassian Andor (Diego Luna), an early hero of the Rebellion who works to destroy the Empire from within with the help of an ensemble cast of heroes.

In the standalone film Rogue One, we first met Andor as he led the fight to destroy the Empire’s big gun, the Death Star. Here’s a breakdown of what these rebel scum are up to in trailer 2 of Andor.

Andor Sets the Tone for a Rebellion

The trailer starts with ominous sounds turning the heads of galaxy civilians living their lives under the Empire’s thumb. A Star Destroyer passes by overhead, literally casting a shadow over their lives, starting the trailer off with an effective metaphor of the enormous task the rebels face in their fight against the Empire. A devastated, smoking city is shown off in the distance, a reminder of what the Empire is capable of if they are met with any resistance.

We get glimpses at the Star Wars prequel Senate floor as the politics of this universe come into play behind the fighting scenes. The arrogance and “fat and happy” mindset of the Empire is referenced, setting the tone of a power that has not yet been challenged. The Rebellion is in its infancy in this time period, with people starting to tire of the Empire’s hold on them.

Mon Mothma (Genevieve O’Reilly, reprising the role) makes an appearance in the trailer, further signaling the political aspect of the fight. She describes making herself “an irritation,” a harmless, idealistic kook who’s no real threat to anyone’s power. She poses as just the token populist for the downtrodden galaxy when in reality, she has co-founded the Rebellion and is working in secret to take down the Empire.

Is Cassian Andor a Rebel Spy?

The trailer revolves around lead Cassian Andor, who we met in Rogue One in 2016. We get a shot of Andor donning an Imperial officer’s uniform. Does he start as a rebel mole within the Imperial forces? Or is this just a one-off scene of him attempting to sneak his way into an enemy ship or base? He’s described primarily as a spy for the Rebellion, so starting his time undercover in the Empire would make sense. A force so massive and daunting would need to be attacked from within at some point, as a face-to-face fight might not go the Rebellion’s way.

Andor is recruited into either the Rebellion itself or a new team of fighters by a leader named Luthen (Stellan Skarsgård). Luthen states that the Empire is “choking us so slowly” that the galaxy has entered a state of apathy and fatalism toward their rule. There’s no escape from this immense power, so keep your head down and mind your own business and you’ll get by. The trope of “I’m building a team” is introduced, showing glimpses of various alien creatures and humans alike cocking weapons and prepping for battle.

Related: Star Wars: What Should Ahsoka’s Role Be in the Post-Sequel Trilogy Era?

Among the warriors in the fight is Saw Gerrera, played by Forest Whitaker, also reprising his role from Rogue One. His followers and methods were described as extreme to the mainstream Rebellion in the 2016 film, so maybe his presence in the series will give us a look at just how he earned that reputation.

Does the Empire Sense the Uprising?

A character states there is a “fomenting” occurring throughout the galaxy. Since this series centers on espionage, we don’t know this character’s allegiance yet. So does the Empire realize they’re facing down a fight? We get a glimpse of the potential main antagonist Dedra Meero (Denise Gough), an Imperial Officer shown interrogating an unseen rebel. This could mean she’s in charge of rooting out any rebel factions that might rise against the Empire.

Whether the Empire is caught off guard or well aware of the coming Rebellion will play out when the series debuts on September 21st.

Obi-Wan Kenobi gave us some extremely meaty Darth Vader (Hayden Christensen and James Earl Jones) scenes, showing the Sith Lord at the peak of his powers. The series gave us just enough Vader to make us want more, whether that be his own series (Please, Disney?) or an appearance in another. We may not have to wait too long for that signature raspy, robotic breath and raging red lightsaber. We get a clear shot of an Imperial Cruiser setting down on an unknown planet in the trailer.

This time frame would be early in Vader’s tenure as the Emperor’s right hand and, let’s face it, errand boy. One such task could be checking in on any main operations of the Empire, like intelligence gathering of a potential rebellion. We can all agree that the more Vader we get, the better any Star Wars story will be.

No matter what surprises it might have in store, from the two trailers we’ve seen, Andor will be a thrilling addition to the Star Wars universe.