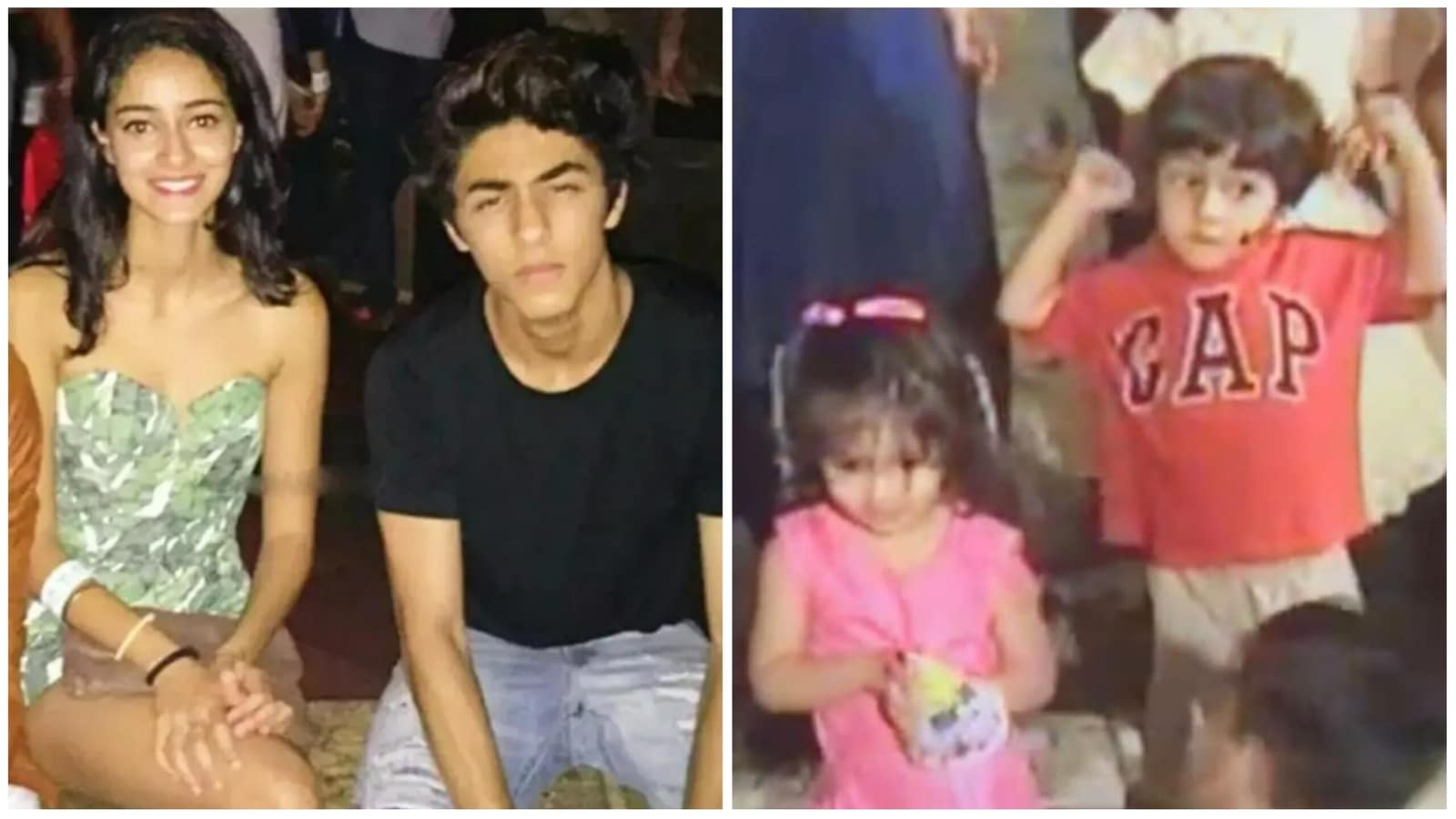 Ananya Panday, 24, has wished her childhood crush, Aryan Khan, on his 25th birthday on November 12. Ananya is the daughter of actor Chunky Panday and wife Bhavana Panday, and has grown up being around Aryan, who is the eldest child of Shah Rukh Khan and Gauri Khan. She took to her Instagram Stories to wish him on Saturday. Also read: Aryan Khan sports kohl eyes for Halloween bash, Ananya Panday turns Poo and Navya Nanda plays Jasmine. Watch

Ananya Panday shared an unseen cute picture of them together from their childhood, and wrote, “Missing baby Aryan. Happy birthday to my first and forever best friend.” She added a heart made with hands emoji. The adorable picture shows young Ananya standing in a pink dress. Aryan is seen standing beside her in an orange tee and beige pants flexing his muscles.

Ananya has been childhood friends with Aryan and his sister Suhana Khan. Ananya and Suhana are best friends and often hang out together. All three of them, along with their common friends Shanaya Kapoor and Navya Naveli Nanda, had recently partied together at a Halloween bash.

Ananya had confirmed Aryan was her “crush” during her appearance on Karan Johar’s chat show Koffee With Karan 7 this year. When Karan had asked Ananya about Aryan, she had said, “Yeah, he is cute. I had a crush on Aryan.” When he asked her, “Why did it not materialise?” she replied, “Ask him (Aryan).”

Ananya is the first in her friend circle to join films. Suhana will soon be seen in her debut film, The Archies. She plays the role of Veronica in the film, that would also mark the film debut of Boney Kapoor and Sridevi’s younger daughter, Khushi Kapoor, and Shweta Nanda’s son Agastya Nanda. Aryan is currently working as a writer for a web series.

Ananya was last seen opposite Vijay Deverakonda in their bilingual film, Liger. They had appeared together on Koffee With Karan 7. Their film, however, did not perform well at the box office. Ananya will now be seen in Kho Gaye Hum Kahan with Adarsh Gourav and Siddhant Chaturvedi, and with Ayushmann Khurrana in Dream Girl 2.