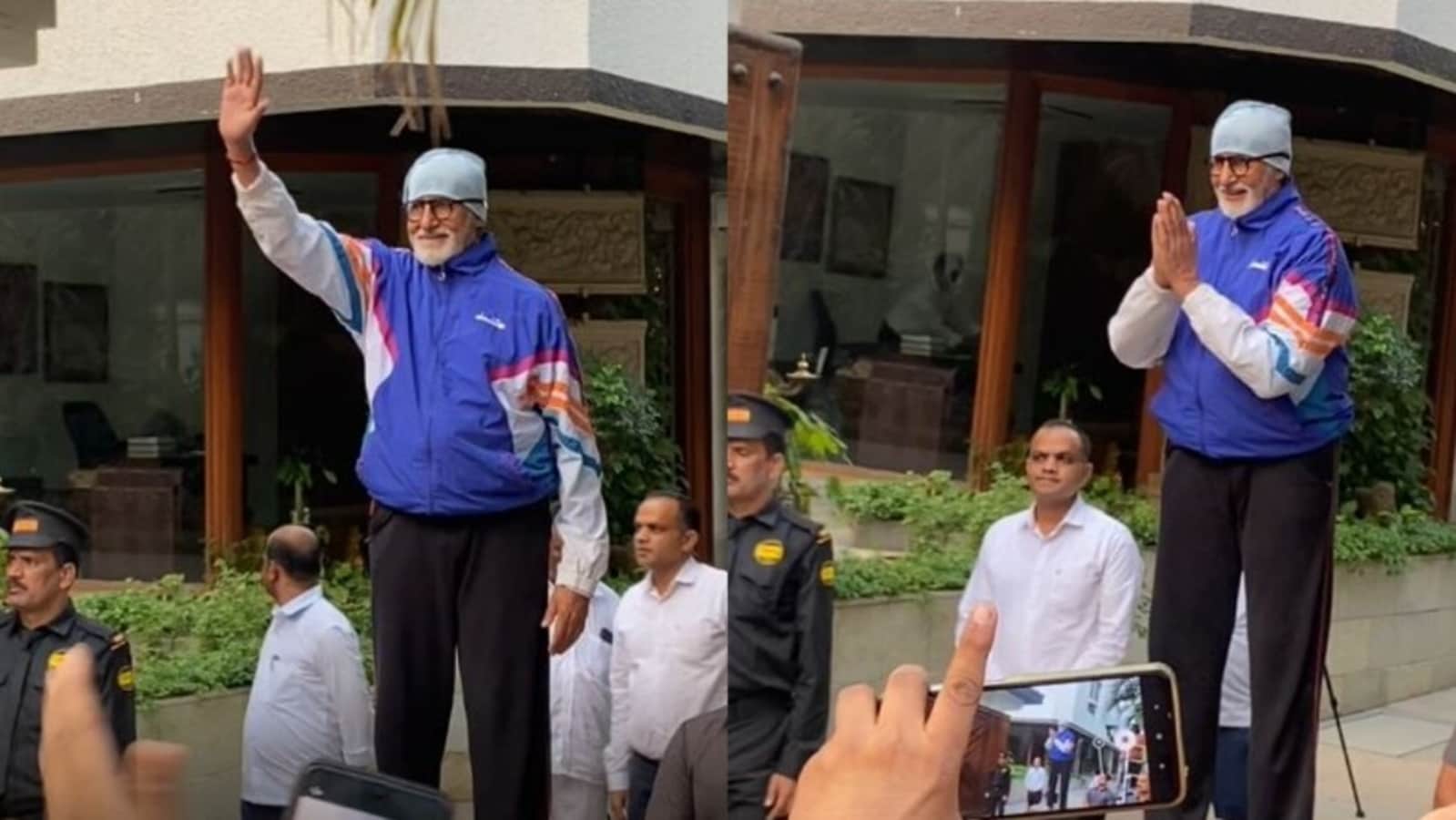 Actor Amitabh Bachchan maintained the Sunday tradition and greeted his fans outside Jalsa, one of his homes in Mumbai. In a video shared by a paparazzo on Instagram on Sunday, hundreds of people were seen gathered near Jalsa to get a glimpse of the actor. To meet his fans, Amitabh was dressed in a blue and white jacket, and black trousers and also wore a cap. The actor wore socks but no shoes. (Also Read | Amitabh Bachchan says fewer fans come to meet him outside Jalsa now than before)

The video started with people hooting as the gates of Jalsa opened. Amitabh stood on a wooden dais in front of his bungalow and waved at the people. He also smiled, flashed the thumbs-up sign, and folded his hands repeatedly as his fans clicked pictures and recorded clips.

Amitabh also leaned forward, pointed at the people standing far away, and waved at them several times. After meeting his fans, for over a minute, Amitabh stepped back inside his home. Apart from a huge crowd outside Jalsa’s gate, a queue was also seen.

Amitabh recently resumed his weekly meet and greet with fans outside the gate of his Mumbai residence. Every Sunday, he comes out of his house and greets the fans gathered there, even meeting a few of them.

Last year, Amitabh had said in his blog that the number of fans coming to meet him outside his Mumbai home had ‘lessened’. An excerpt of his blog read, “… I do observe though that the numbers are in lesser magnitude and the enthusiasm has lessened and the screams of joy now transferred to the mobile camera… and that is more evident now an indication that time has moved on and nothing lasts forever… The Sunday meets at the Jalsa gate on Sunday to be revived, albeit with given precautions.”

Amitabh was recently seen in the family entertainer film Uunchai along with Anupam Kher, Parineeti Chopra and Boman Irani. Helmed by Sooraj Barjatya, the film got positive responses from the audience. Fans will now see Amitabh in Project K alongside Deepika Padukone and Prabhas.