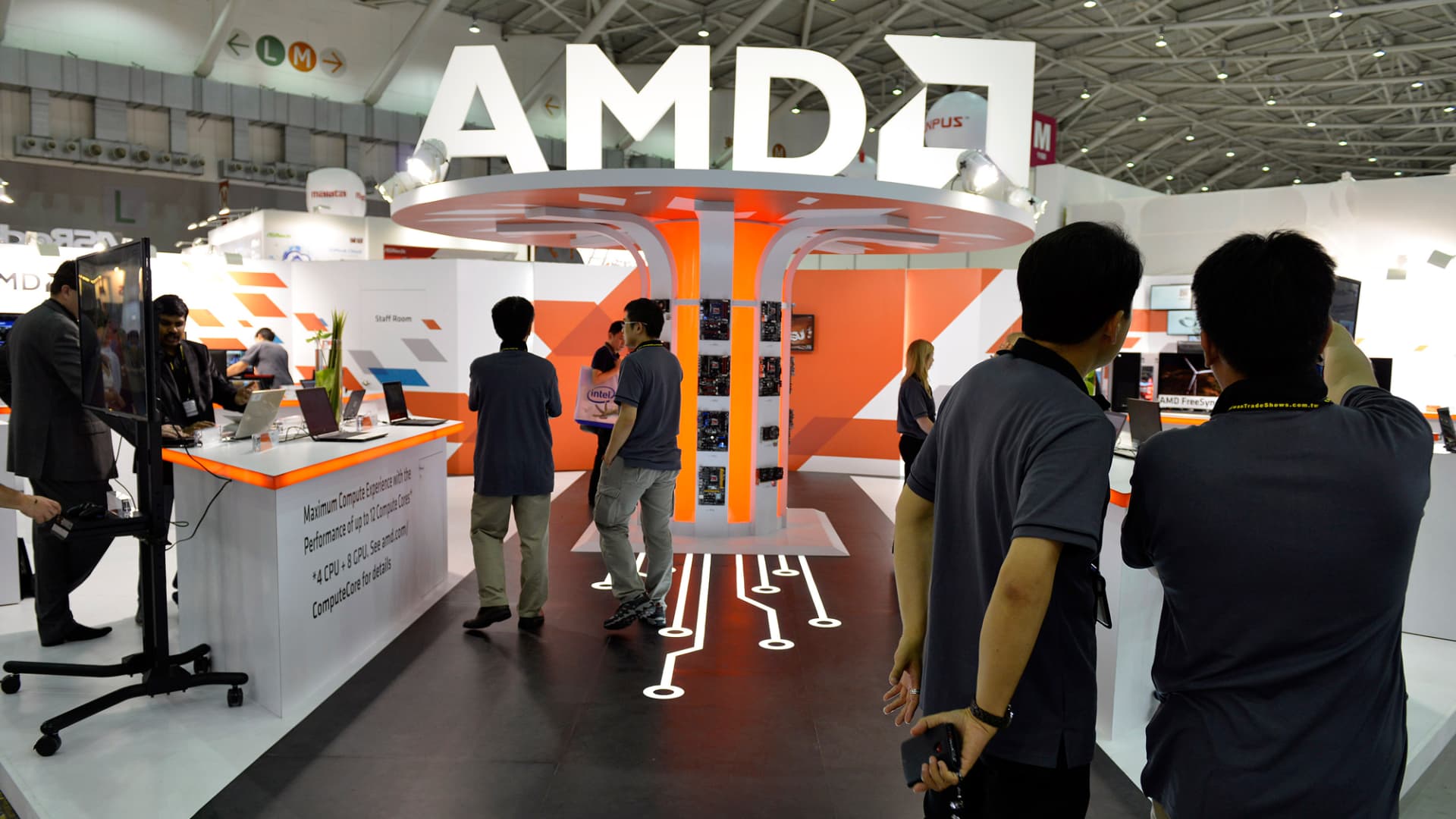 AMD reported results for the quarter ending in June that beat estimates for profit and revenue, but the chipmaker gave a forecast for the current quarter that trailed Wall Street expectations.

AMD stock fell as much as 5% at one point in extended trading.

Here’s how the company did:

The chipmaker said it expected $6.7 billion in revenue during the current quarter, plus or minus $200 million. Analysts expected $6.83 billion.

AMD currently has a significant market opportunity as its primary rival for PC and server processors, Intel, stumbles with execution.

AMD’s chips have surpassed Intel’s in terms of performance, and investors are looking to see if the company has the supply and execution to take market share.

All four of AMD’s major segments grew during the quarter, in which overall revenue rose 70% on a year-over-year basis.

AMD said that data center sales rose 83% year-over-year to $1.5 billion. The segment includes chips for cloud computing and AMD said the growth was because of strong sales for server processors.

Client segment revenue, which is comprised of PC and laptop chip sales, rose 25% to $2.2 billion during the quarter despite signs that computer sales have been slowing at the end of a two-year pandemic-fueled boom. AMD said the growth was attributable to mobile processor sales, likely for laptops.

Sales of chips for consoles like the Playstation 5 and Xbox Series X were also a highlight for AMD during the quarter. Gaming segment sales rose 32% year-over-year to $1.7 billion, driven by “semi-custom” chips for consoles, not the graphics processors for gaming PCs.

AMD’s embedded segment, which includes chips for networking or cars, reported $1.3 billion in sales, was boosted by AMD’s acquisition of Xilinx, which was completed in the first quarter.

AMD stock is down 31% so far in 2022 as investors have been selling fast-growing semiconductor stocks in the face of inflation and recession fears.

AMD said it repurchased $920 million of its stock during the second quarter.

Asia-Pacific markets slip ahead of inflation data from China, the U.S.

On rare days, the market rises 5% — or even 10%, Wells Fargo finds. How to make sure you’re there for it

Trump tax returns must be given to Congress, federal appeals court says in new ruling